Nseobong Okon-Ekong writes though stories about Senate President, Dr. Bukola Saraki gets a bit more complicated every day, his abilities at containing these challenges have made his character all the more riveting

At the time of this article, Senate President, Dr. Abubakar Bukola Saraki’s Wikipedia page still listed him as a member of the All Progressives Congress (APC). It was four clear days after Saraki renounced membership of the party and returned to his erstwhile political group, the Peoples Democratic Party (PDP). It appears the record keepers at the information storage organisation can’t keep pace with Saraki’s political flight. As things stand, there may be a lot of real and cooked-up anxieties around the Senate President, which can lead to some head-spinning moments, but he cannot afford to make a mistake. Nobody wants to guess what is on Saraki’s mind. On the outside, he appears cool and ready to take whatever is thrown at him, so far as he is dictating the pace of the game.

There has probably not been enough time to reflect on a few issues, albeit, he has responded well to tribulations assailing him on all sides, complex as some of them are. His abilities at containing these challenges have made his character all the more riveting. Every day, the story gets a bit more complicated. It is forgery of National Assembly Order one moment; at another, he is made to stand in the dock for anticipatory declaration of assets, he is still being quizzed for being an alleged accomplice in a case of robbery and lately (even after he had left the party), he was queried for anti-party activities. Having pursued his case with the Code of Conduct Tribunal (CCT) all the way to the Supreme Court to clear his name, he walks free without encumbrance. For the worthy, the corrupt or the dreadful, Saraki seems to be on everybody’s lips today!

Since he outwitted the leadership of the APC to emerge Senate President, Saraki has become the most engaging politician of this era. Many party stalwarts never really pardoned him for not waiting patiently until a piece of the cake was cut and handed to him, but rushing to grab a choice portion of the lump. Having rallied an impressive number of federal legislators behind him and being confident in an arrogant way, Saraki would not apologise and agree to be treated like a recalcitrant son by the elders. For the most part that Saraki was in the APC (after he became Senate President), the situation has been akin to the proverbial bird perched on a rope, of course, both the rope and the bird remain unsteady, until something gives. By flying away from the rope earlier this week, some kind of calm was expected to return to the rope. Not quite. This bird did not embark on a solo flight, it took with it many of the washings that were hung on the rope, in its sudden departure, which caused the rope to vibrate endlessly.

Many had thought that the removal of Saraki would be speedy and precise. Not a few believed he would not go the distance as Nigeria’s Number One Senator. You might be wondering why he kept waxing stronger, even when the odds were seemingly stacked against him. Scheme after scheme that were set up to drown him failed as Saraki survived them all. This has been an extremely complicated situation, and most times his opponents have been very combative, not sparing any missile they think could harm him. By sheer providence, every new fissure in the APC seemed to work in Saraki’s favour, giving him greater advantage when he deploys his intellect. For some reason, Saraki and his traducers have not been able to reach either a compromise or work under agreed terms. This infuriates many bigwigs in the APC. But the realpolitik of the situation is that they wanted to tarnish him in such a way that he would be crippled politically. Always thinking ahead, Saraki was prepared for the unexpected.

Saraki still has loyalists even within the Presidency and the law enforcement agents; reason he gets a tip-off and makes good his escape every time they are coming for him. In Nigeria, it does not take too much thinking to realise that his generousity is paying off. Like his father, the late strongman of Kwara politics, Dr. Olusola Saraki, the Senate President is famed for his kindness. This compassionate disposition is the essential character with which he retained the loyalty of Kwarans. There could be no greater demonstration of his commanding influence like the fact that almost all the elected officials at all strata of government quit the APC and followed him to the PDP.

Not willing to be caught up or slowed down by the domestic ties that could limit or stifle his ambition to play on the national stage, he fought one of the most controversial battles of his life by taking on his father. He risked everything by going into that clash; and it may be said that till today it left some scars that have refused to heal, particularly in his immediate family, where his sister, Senator Gbemisola Saraki deliberately heads in another direction, every time the Senate President shows up. The bad feelings run so deep in some quarters that some believe that Saraki did not only end his father’s political career, they also insinuate that the damage to the old man’s ego led to depression and his eventual death. Though it may be argued that Saraki behaved in an unconventional way by going against his father’s wish to have Senator Gbemisola succeed him as Governor of Kwara State after he had served two full tenures between 2003 and 2011, by that action, he won the heart of many Kwarans who thought (perhaps wrongly) that he was helping to break a strong chain of that family’s dominance in the state. His father could not understand the disobedience since the Senate President had benefited from this family supremacy in Kwara. After all, he installed him (against Mohammed Lawal, who had served one term and desired a second term) as governor and his sister a senator in the same year. It was normal for Saraki to determine who gets what in Kwara State. It was a most injurious blow to have his son look him in the face and speak otherwise. With what was left of his supporters which had been seriously depleted by the Senate President, he left to seek shelter under another political umbrella. Senator Gbemisola contested the 2011 governorship election with the backing of her father but lost to the incumbent Governor Abdulfatah Ahmed who was supported by Senator Bukola Saraki. Before that, no candidate supported by Saraki (the father) had ever lost an election in Kwara.

Senator Bukola had obeyed his father until then, even agreeing to become a medical doctor like the old man, perhaps to satisfy him because he never really practiced medicine. Instead, he went into financial services, working in the family bank, Societe Generale Bank, which went burst with customers funds trapped, casting, arguably the darkest blight on his public service, which continues to haunt him till today.

The succession drama in the Saraki political dynasty is the source of a long-standing rift in the family, with Senator Gbemisola and his brother, Laolu publicly disassociating themselves from the Senate President, but he does not lose sleep over tantrums that they are throwing all over the place, insinuating that their older brother is not the successor to his father’s political throne. However, the larger Kwara publics think otherwise. Recently, he was decorated with one of the most revered titles as the Wazirin of Ilorin-a title previously held by his late father.

Perhaps, President Muhammadu Buhari did not consider this bit of information about Saraki before making a foe of him. Saraki is no respecter of persons or age. If he could put an abrupt end to his father’s political career, he would not pay much attention to an unsure retired general. Not even an appeal to primordial sentiment of their common Fulani ancestry and religious ties that bind both Saraki and Buhari could be strong enough to persuade the Senate President from tacit opposition to some of the policies of the President, which went against the grain of the constitution. Buhari is not the only one who has to worry about the rising profile of Saraki. It would seem that politics is filled with darkness and full of terrors. Should Saraki be a reason for concern to former Governor Bola Tinubu of Lagos State and former Vice President Atiku Abubakar? Saraki is increasingly leveraging on his previous chairmanship of the Nigeria Governors Forum and senate presidency to build bridges across political divides. Even the most altruistic-seeming gesture is often underpinned by something political, except, things that were long-settled and outside his control like his marriage to a woman from a prominent Lagos family and the fact his mother is a Christian from Owo in Ondo State.

Saraki was accused of declaring the EFCC Chairman not fit for office because he was asked to explain his role in some corruption allegations. Those who seek to defame claim he used the same carrot and stick approach to attempt to shut up the Works, Housing and Power Minister and the DG of Nigeria Customs who had issues to grind with him. Without concrete evidence, they said Saraki has become richer than Kwara State. They said many prominent Nigerian politicians maintain armed gangs with which they checkmate opponents and that was how Boko Haram started in Borno State; that it was possible to link the Offa robbery suspects to Saraki though he might not have specifically sent them to steal. He was also said to have suspended his colleagues who challenged him.

It is almost certain that Saraki will seek the PDP presidential ticket. When that time comes, the rivalry will be stiff. There is no doubt that opponents will return to the gutter to hurl more slime at him. 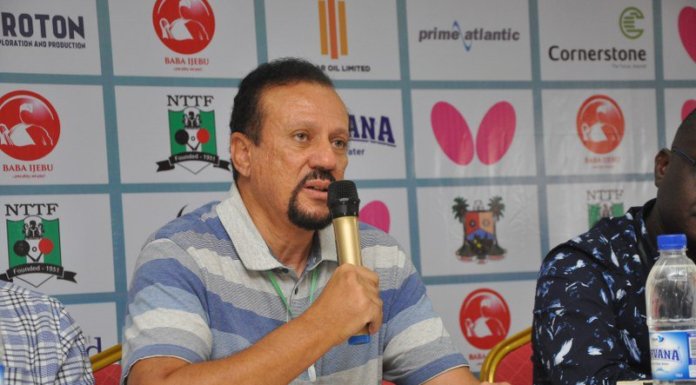