Once upon a time, it was cool to give back to the society in the name of corporate social responsibility. But when this fad gradually faded out in the face of prevailing economic challenges, only few organisations remained behind to sustain the tempo.

It takes great commitment to empower less-privileged citizens. But when this is done on a consistently exemplary basis, then it raises the bar in development funding and makes the provider worthy of emulation.

Standing tall among such committed organisations in Nigeria is the Aliko Dangote Foundation, which is the private charitable foundation of Alhaji Aliko Dangote, Africa’s richest man.

The primary focus of ADF is child nutrition, with wraparound interventions centred on health, education and empowerment, and disaster relief. The Foundation also supports stand-alone projects with the potential for significant social impact.

ADF, according to widespread reports, works with state and national governments and many highly reputable international and domestic charities, non-governmental organisations and international agencies to advance its humanitarian agenda.

In its biggest collaboration to date, in 2013 Dangote Foundation started working in partnership with the Bill and Melinda Gates Foundation and key northern State Governments to eradicate polio and strengthen routine immunisation in Nigeria.

ADF and the Bill and Melinda Gates Foundation partnered to eradicate polio in Nigeria by strengthening primary health care and making provisions for routine immunisation across Northern Nigeria.

The initial project commenced in Kano and Bauchi states. In January 2016, Sokoto, Yobe, Kaduna and Borno States were added to the partnership, in a process which has reportedly gulped over $10 million so far.

To complement governmentâ€™s effort in providing access to quality healthcare services to the grassroots, ADF has spent a total of N127 million in construction of units of Primary health care centres across LGAs in Kano (N72million) and Yobe (N55million) states.

In line with its efforts of providing potable water supply to rural communities, the Foundation has reportedly constructed more than 220 boreholes in 220 rural communities across Northern Nigeria to complement its polio eradication and other health initiatives.

Also, the Murtala Mohammed Specialist Hospital, Kano (MMSH) is the largest government-owned hospital in northern Nigeria with over 1.5 million patient visits per annum and growing.

Its intervention also includes the supply and installation of critical equipment, tools, fittings, and consumables for the operations of the new builds, as well as capacity development within the affected departments and units on the use of these elements.

In March 2017, the Foundation handed over the completed renovation works for nine existing maternity wards (complete with mattresses, bedding, furniture, as well as vital medical equipment and aids), a new blood bank and laboratory, 2 new boreholes, and medical supplies as part of a temporary assistance pending the completion of the main works; at a total project cost of N7 billion.

In 2016, ADF launched a community-based nutrition programme in partnership with the Bill and Melinda Gates Foundation.

It used proven interventions linked to behaviour change, fortification of staple foods with essential micronutrients, the community management of acute malnutrition (CMAM) as well as local production of nutrition ready to use therapeutic foods (RUTF) and nutrition foods.

â€œBy investing in nutrition, we aim to directly improve the lives of Nigerian families and to empower our citizens to reach their full potential.â€

â€œThe global malnutrition crisis endangers the physical and mental wellbeing of present and future generationsâ€ said Kofi Annan, speaking at the summit in his capacity as Chair of the Kofi Annan Foundation. â€œProgress in tackling both under-nutrition and obesity is possible with targeted commitments, like those made here today. We need further urgent investments so that people, communities and nations can reach their full potential.â€

With the $100 million commitment, the Foundation will promote scalable and cost-effective nutrition interventions such as breast feeding, healthy sanitation practices, disease prevention, food fortification and supplementation.

â€œWe recognise nutrition as a cross-cutting issue which affects other critical development goals, that is why nutrition has become our core focus. We want to reach one million malnourished children in Nigeria by 2021 and we know that for every dollar invested in nutrition, the nation as a whole will reap huge economic dividends,â€ said Aliko Dangote.

The Foundation supports a daily feeding of approximately 10,000 people in and around Kano metropolis, at a cost of N1.2 billion per annum.

It also made a contribution of $1 million towards collaboration with AfDB and Big Win Philanthropy on Malnutrition in Africa that will boost economic returns from the AfDBâ€™s $33-billion investment portfolio by reprogramming suitable investments in sectors ranging from agriculture to education, to generate nutritional benefit for children.

The End Malaria Council was convened on the sidelines of the 2017 United Nations General Assembly, by nine founding members to which Aliko Dangote is one, as Nigeriaâ€™s global malaria ambassador and Africaâ€™s most successful private sector leader.

Members of the End Malaria Council will work in collaboration with the Roll Back Malaria Partnership and other key partners to help countries and regions achieve their malaria control and elimination goals.

They are also using their voices and networks to support the work already underway by malaria field workers, scientists and experts by focusing on three areas: building political will, mobilising resources and supporting the development of new tools to find, prevent and treat malaria. Around $100,000 has been spent on this.

The African-led coalition of companies and philanthropists will seek to improve the health and wellbeing of Africans, both within the workplace and within the broader communities.

The programme is expected to kick off in Nigeria and roll out through business regions in Africa and beyond over the next three years, and a sum of $1,500,000 has been spent on this.

Dangote Foundation has provided infrastructural improvement to a number of tertiary institutions in Nigeria.

There was also construction of dormitories in Crescent University, Abeokuta, Ogun State; construction of Aliko Dangote Complex within the premises of University of Ibadan Business School, Ibadan, Oyo state; and construction of school blocks at Nawair-ud-deen Comprehensive College, Idi-Oro, Mushin, Lagos at the cost of N120 million.

The Aliko Dangote Foundation Micro-grant programme is a N10 billion programme designed to provide a N10,000 one-off grant to at least 1,000 vulnerable women, and in some cases, youths, in each of the 774 LGAs across Nigeria.

According to reports, N3.345 billion has been disbursed so far across Kano, Jigawa, Kogi, Adamawa, Borno, Yobe, Lagos, Niger and Nasarawa States.

A mobile phone/bank cards to start up or improve their income generating activities were distributed in some of the states as a delivery mechanism for the funds in partnership with the respective State and Local Governments and mobile money/bank operators.

Dangote Foundation and the Bank of Industry (BoI) set up a N10 billion micro, small and medium enterprises (MSMEs) fund, with a N5 billion initial provision to create one million direct jobs.

The Dangote Foundation committed N2.5 billion to the Fund, while BoI also contributed a matching fund of N2.5 billion to launch the Fund, which is used for lending to identified groups/business owners in the informal sector of the economy in the six geo-political zones in the country.

The money will be used as takeoff investment and working capital to support their businesses. The first phase of the project is expected to impact directly on up to 13,000 registered business groups in the entire country.

Each group will have an average of 20 entrepreneurs, thus impacting the lives of up to 250,000 micro-entrepreneurs, through job creation, spread across all six geopolitical zones in Nigeria.

In support of this action by the Foundation, the State Government made provision for each family to be given economic empowerment tools to sustain their livelihood adding a fully functional school and a clinic to cater for residents of the estate.

In addition to the 200 housing units, the building materials donated by the Foundation were also used in reconstructing other infrastructures in Bama, Gwoza and Konduga LGAs across the state.

For the past seven years, the Foundation has spent over N7 billion in feeding, clothing and the general welfare if the Internally Displaced Persons in the Northeast.

The Aliko Dangote Foundation has set the trend in providing welfare for the average and less-privileged citizens. If other foundations and organisations are able to emulate these development interventions, then Nigeria may well realise some of the 17 global Sustainable Development Goals before the deadline year.

In terms of widespread development at the grassroots, this can only bode well for the teeming millions of hungry, homeless and jobless citizens scattered across the country. That, in a nutshell, is a worthwhile goal.

editor - November 25, 2020 9:49 pm
9
By olusegun Adeniyi During the COVID-19 lockdown earlier in the year, entertaining WhatsApp videos played a critical role in helping many of us to maintain... 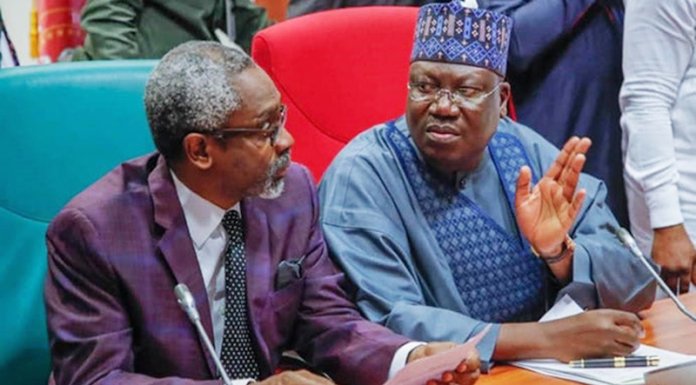 A Debate Over Planned Review of Civil Aviation Act