By Tobi SoniyiÂ in Lagos andÂ Wale AjimotokanÂ in Abuja

Â The presidency said yesterday that it was yet to be briefed about alleged forgery of National Youth Service Corp (NYSC) discharge certificate by the Minister of Finance, Mrs. Kemi Adeosun.

Â An online news portal, Premium Times, had in a report at theÂ weekend, alleged that the minister failed to undertake the mandatory one year national service, having graduated at 22, and fraudulently obtained an exemption certificate at 42, in violation of the NYSC establishment act, Decree No 24 of 1973 as amended.

Â Despite the weight of the allegation, the minister has kept quiet, failing to answer calls to her phones or return text messages from THISDAY.

The Minister of Information and Culture, Alhaji Lai Mohammed could not also be reached on the matter.

Â However, a reliable source at the NYSC Headquarters in Abuja told THISDAY that the service would issue a statement on the allegation today, refusing though to state whether the exemption certificate was actually issued by it or not.

NYSC spokesperson, Mrs. Adenike Adeyemi, also confirmed that the corps would issue an official statement but declined to give the exact date the statement would be made.

Â But the Senior Special Assistant to the President on Media and Publicity, Malam Garba Shehu, told THISDAY last night that he was yet to be briefed on the forgery allegation.

â€œWell, I have not been briefed on this. I havenâ€™t heard of it being spoken. I am completely unaware of anything,â€ he said in response to THISDAYâ€™s query on what President Muhammadu Buhari was doing about the allegation that one of his ministers committed the crime of forgery.

Expectedly, the opposition Peoples Democratic Party (PDP), had at the weekend called on Buhari to sack and prosecute Adeosun on the strength of the allegation by the online medium.

Â The NYSC is compulsory for all Nigerians who graduate from universities or equivalent institutions at less than 30 years of age.

In addition to being a requirement for government and private sector jobs in Nigeria, the enabling law prescribes punishment for anyone who absconds from the scheme or forges its certificates.

Eligible Nigerians who skipped the service are liable to be sentenced to 12 months imprisonment and/or N2,000 fine, according to Section 13 of the NYSC law.

Section 13 (3) of the law also prescribes three-year jail term or option of N5,000 fine for anyone who contravenes provision of the law as Adeosun has done.

Subsection 4 of the same section also criminalises giving false information or illegally obtaining the agencyâ€™s certificate. It provides for up to three-year jail term for such offenders.

According to Premium Times, Adeosunâ€™s official credentials showed that the minister â€œparades a purported NYSC exemption certificate, which was issued in September 2009, granting her exemption from the mandatory service on account of age.â€

Adeosun graduated from the Polytechnic of East London in 1989, at 22. According to her curriculum vitae, the finance minister was born in March 1967.

The institution changed name to University of East London in 1992. The minister has her certificate issued in the new name.

Having graduated at 22, it was obligatory for Adeosun to participate in the one-year national service, for her to qualify for any job in Nigeria. 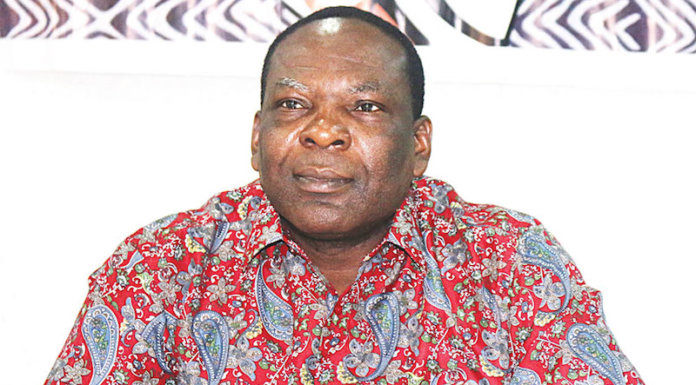