Obinna Chima in Lagos and Omololu Ogunmade in Abuja

Despite rising debt profile of the nation, the federal government has been unable to develop a fresh debt management strategy, seven months after the expiration of the Debt Management Officeâ€™s (DMO) five-year Third Strategic Plan.

Nigeriaâ€™s total public debt increased by 4.52 per cent in the first three months of 2018, the DMO had revealed, stating that the countryâ€™s debt increased from N21.73 trillion in December 2017 to N22.71 trillion at the end of the first quarter of 2018.

Yesterday, the prospect of the debt portfolio became higher as Nigeria signed an agreement with France for $475million loan facility for some projects in Lagos, Kano and Ogun States.

The agreement was sequel to the visit of the French President, Emmanuel Macron, to President Muhammadu Buhari at the State House, Abuja yesterday.

The agency added that the $2.5 billon Eurobond issued in February 2018, with its proceeds still being deployed to redeem maturing domestic debt, was also responsible for the increase in the total public debt.

Findings by THISDAY showed that in spite of the upward movement of the countryâ€™s debts, since the debt officeâ€™s 2013 to 2017 Strategic Plan expired last December it has not been able to develop another one.

In response to THISDAYâ€™s enquiries, however, the DMO said it was working on the very important document, even as it did not specify when it would be ready.

â€œWe (DMO) are actively working on it. We needed to do a Strategic Plan that incorporates the governmentâ€™s evolving needs and expectations of investors and financiers,â€ said Ms. Patience Oniha, the Director General of the DMO, in a text message to THISDAY.

Oniha was appointed exactly a year ago, after the retirement of the former Director General, Dr. Abraham Nwankwo.

Section 6(c) of the DMO Establishment Act 2003 states that the agency must, â€œprepare and implement a plan for the efficient management of Nigerian’s external and domestic debt obligations at sustainable levels compatible with desired economic activities for growth and development; and participate in negotiations aimed at realising those objectives.â€

Owing to its very important role in the economy, the DMO, since inception, has always operated with a strategic plan. Its last strategic plan that expired last December, was the third since the creation of the agency that manages the countryâ€™s debts by former President Olusegun Obasanjo.

The expiration of the Second Strategic Plan, coupled with the need to consolidate on the gains of the previous plans, explore new areas and maintain a steady focus on the delivery of its mandates made it necessary to develop the last five-year plan.

The debt office had explained that the strategic objectives of the last plan were premised on the need to, among other things, achieve a better balance between domestic and external debt components in the public debt stock; re-focus attention on cost-risk analysis and trade-offs and develop innovative means of borrowing at minimal cost and prudent level of risk.

Others included to introduce innovative debt instruments that will have positive impact on the public debt stock and ensure its sustainability; sustain activities and execute new initiatives to further deepen the domestic bond market in order to ensure that it remains a reliable source of funding for all economic agents, and retain, as well as, enhance the recognitions received for the FGN Bond Market from international financial institutions.

Meanwhile, French President, Emmanuel Macron, yesterday visited President Muhammadu Buhari in the State House, Abuja. The visit was accompanied by the signing of $475 million loan facilities agreement by both countries for the implementation of different projects in Lagos, Kano and Ogun States.

The agreement was signed by the Nigerian Minister of Finance, Mrs. Kemi Adeosun on behalf of Nigeria; Rachel Kolbe and the Chief Executive Officer of the Agence Francaise Development (AFD), Mr. Rey Rioux, on behalf of France. The signing was witnessed by both Buhari and Macron.

Details were contained in different releases issued later by AFD on each project.

On Lagos, the release stated that “On July 3, 2018, Mr. Macron, the French President, and President Buhari of Nigeria, witnessed the signing of a letter of intent for the financing of the urban mobility improvement programme initiated by the Lagos State Government.

“This letter or intent of the equivalent in Eur of 200 million USD is related to a potential loan by AFD to the federal government of Nigeria. It was signed by the Agence Francaise de Development CEO, Mr. Remy Rioux, and the Minister of Finance of Nigeria, Mrs. Kemi Adeosun, in presence of Mr. Denys Gauer, the Ambassador of France in Nigeria.”

The release also listed the project for execution in Lagos to include: development of eight priority bus corridors connected to the mass transit network (urban train and high-level service bus) with a total length of 41 kilometres); creation of two multimodal interchange hubs and functional integration of four public transport modes (urban train, high-level bus service, water transport lines and bus lines) and planning and management capabilities of the transportation system.

It added that the project which follows the successful urban development of the second Lagos bus rapid transit (BRT) project, that is already funded by AFD, aims at: contributing to Lagos sustainable urban development through the deployment of a public transport network combining quality service, efficiency, accessibility, reliability, safety, reduction of polluting emissions and socio-economic and financial sustainability.

Other aims of the project as listed by AFD are: giving 1,500,000 inhabitants access to quality transportation system; limiting road congestion; reducing an emission of 14,900 tonnes of CO, equivalent annually and thus improving the quality of the air; and creating stable jobs and initiating the professionalisation of the informal operators of transport (the artisanal transport).

It added: “Finally, this project has a strong potential for capitalisation of experience and replication to other cities in Nigeria and the sub-region.”

In the same vein, the release on Kano project said: “The Agence Francaise de Development supports Kano City to improve water coverage in Northern Nigeria by signing credit facility agreement of the equivalent of EUR 75 million in USD.

“During the official visit of the President Macron to Nigeria and his audience with President Buhari, the Agence Francaise Development CEO, Mr. Rey Rioux and the Minister of Finance of Nigeria, Mrs. Kemi Adeosun, signed a credit of Facility Agreement the equivalent in EUR 75 million USD in order to improve water supply in Kano City.

“This concessional loan was awarded by AFD to the federal government of Nigeria to allow Kano State to develop an effective and sustainable water supply service.

The key objectives of the project are: (I) improve access to drinking water and quality of water service in greater Kano; (ii) to improve financial viability of Kano State Water Board by increasing its revenues and (iii) to enhance the governance framework of the water sector.

“The project mainly comprises of the following activities: rehabilitation and densification of the network; rehabilitation of the main water production facilities; supporting consumer awareness campaigns in particular sanitisation promo and hygiene sensitisation; technical assistance to Kano State Water Board and to the State Ministry in charge of Water Resources.

“First, activities will start in the coming months and are scheduled for a period of six years – it will contribute to improve the competitiveness of and increase the drinking water availability in greater Kano for approximately 1.5 people.”

However, the agreement on Ogun State project was signed on behalf of France by Kolbe and the Managing Director of the Nigerian Sovereign Investment Authority (NSIA), Uche Orji, on behalf of Nigeria.

“The Ogun agreement is a letter of intent to participate in the implementation of Nigeria’s blueprint and land degradation project in Ogun State. Uche Orji, Managing Director of the Nigerian Sovereign Investment Authority (NSIA) signed for Nigeria while Rachel Kolbe signed for the French government,” the release stated. 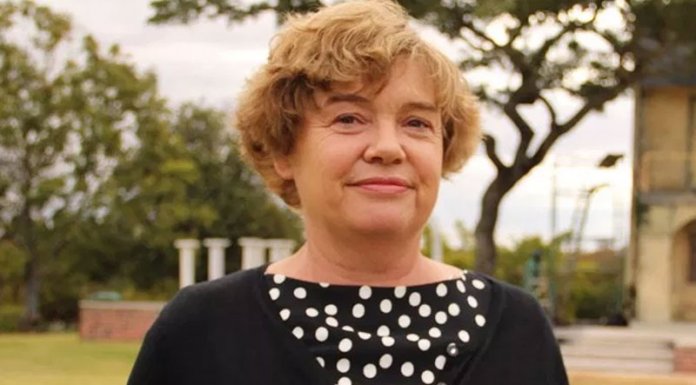