The judge has also set aside his earlier ruling closing the defence of the former Publicity Secretary of the Peoples Democratic Party (PDP), Olisa Metuh, in his alleged N400 million money laundering charges before the court.

The judge, who gave the order on the journalists after listening to a recorded television programme aired by the television station, involving the ongoing trial of Metuh, also ordered the prosecutor to refer one of Metuhâ€™s counsel, Benchux Nwosu, to the Disciplinary Committee of the Nigerian Bar Association (NBA), for alleged professional misconduct.

The arraignment of the journalists, which should be in any court of competent jurisdiction, according to the Abang, is to enable the court decide whether the statements made by the TV presenters and their guest on Sunrise Daily, aired on May 22, 2018 were prejudicial or contemptuous.
â€œIt is clear that the statement of the programme was aired outside the court, not within the court; therefore, I have no jurisdiction to determine whether the statements are prejudicial to this courtâ€™â€™, he said.

The judge also asked the office of the AGF to institute a case of alleged prejudicial comments against a lawyer, Nwosu, representing Metuh.
The judge, however, failed to include a lawyer representing the Economic and Financial Crimes Commission (EFCC), Johnson Ojogbane, who spoke through a telephone conversation to the station during the aired programme.

â€œThe court has listened attentively to the video recording of Channels Television Sunrise Daily of April 2018. I noticed that Benchux Nwosu was also on the programme. I heard what he said about the trial going on in this court; if he was in court before me. I would have known what to do. I thought he had the courage. He ought to have appeared before the court.â€
â€œIt is clear that the statement of the programme was aired outside the court not within the court; therefore, I have no jurisdiction to determine whether the statements are prejudicial to this court,â€ the judge said.

Abang said though he had no jurisdiction to declare that the statement made by the three persons, representing Channels TV constituted prejudicial discussion, â€œI have jurisdiction to refer this matter to the body that can determine such.â€
The judge then ordered that the matter be referred to the disciplinary committee of the NBA.

He also directed that the prosecution (EFCC) file copies of compliance to the judgementÂ within 30 days.
Part of what the prosecution is expected to comply with is the arraignment of the three journalists along with Nwosu in a court of law.
Setting aside the order, in a ruling he delivered yesterday on Metuhâ€™s application seeking reopening of his defence, he held that the order closing Metuhâ€™s case was made in default — as Metuh was not heard before his case was closed.

Delivering ruling on Metuhâ€™s application for his case to be reopened, Justice Abang, noted that neither Metuh nor his counsel were in court when the order closing his case was made onÂ May 25.
The setting aside of the ruling has therefore paved way for Metuh to continue his defence.
He stated that neither Metuh nor his counsel offered a proper reason for their absence in court on the day the order was made.
The court while noting that the defendant and his counsel abandoned the court proceedings, added that Metuh had placed conditions that he would only testified if former President, Goodluck Jonathan testified.

Nonetheless, Justice Abang, said, â€œI bend backwards to accommodate him and set aside the order made onÂ MayÂ 25, to allow him call two more witnesses. He should not deny himself hearing. Let him give explanation in the charge before himâ€.
Abang further enjoined Metuh not to create further scenes in court by coming on a stretcher, adding that the court of late had been in the news and negatively too.

He subsequently adjourned trial toÂ tomorrowÂ (today) for Metuh to resume his defense.
Abang, had onÂ May 25Â ordered the closure of Metuhâ€™s case because the defendant and his client were not in court.
The judge blamed the defence for unwittingly delaying the matter and acted based on an application by the prosecution for the case of the first defendant to be closed. 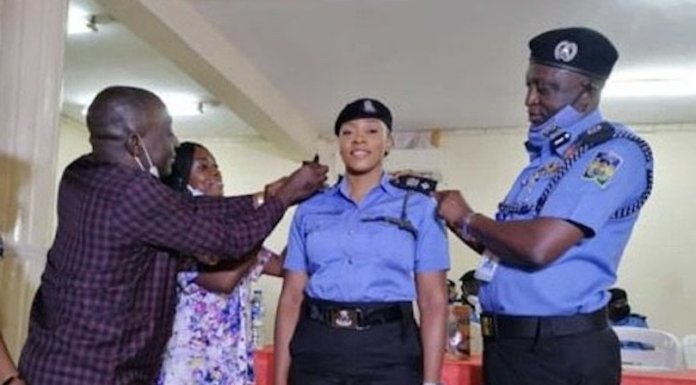