French President, Emmanuel Macron, will be a guest of honour at a special event on July 3 in Lagos organised by TRACE, a leading entertainment brand in Africa.

The event is planned as part of the 2020 African Cultures Season, a statement sent to THISDAY by TRACE, said.

According to the statement, the event, the first of its kind in Nigeria, aims to â€œchange French societyâ€™s perception of the African continent through the promotion of African contemporary creation.â€

It will take place at the New Afrika Shrine, and feature a host of Nigerian cultural talents, including Femi Kuti, Banky W, and Yemi Alade, among other leading stars of music and Nollywood, fashion, food and visual arts, to celebrate the successful cultural collaboration between France and Africa.

TRACE is one of Africaâ€™s leading entertainment brands and an example of how French and African talents can combine. It has been building a strong Afro-centric presence across the continent for 15 years.

President Macron has previously lived and worked in Nigeria as a staff of the French embassy.

Renowned Architect, Olugbenga Akintola, has emerged winner of the Alliance for Democracy (AD) primaries held for its gubernatorial aspirants for the forthcoming Osun State gubernatorial elections which has been slated for September 22, 2018.

In a statement signed by its National Publicity Secretary, Ms. Morufat Olayinka Nola, AD said it has complied with the extant electoral laws in ensuring the emergence of Akintola as its standard bearer.

Other national delegate at the Osogbo venue of the primaries included; Chairman of the party in Ondo State, Elder Akinbobola.

The duly accredited 85 delegates participated in an open and transparent voting process between the two aspirants, Olufemi Kehinde and Olugbenga Akintola.

Earlier, the duo committed themselves to respect the outcome of the elections and had the opportunity of addressing the delegates before the commencement of balloting.

INEC officials monitored the election and the delegates peacefully voted and witnessed vote counting with the following results: Olugbenga Akintola, 46; Olufemi Kehinde, 37; while 2 votes were voided.

â€¦BudgIT Decries the Lack of Transparency around Nigerian State Budgets

BudgIT, a civic tech transparency organisation, has criticised the lack of transparency of 21 states across Nigeria for failing to publish their stateâ€™s budget.

It added that only 13 States (Borno, Delta, Edo, Ekiti, Gombe, Kaduna, Kano, Katsina, Kogi, Nasarawa, Ondo, Plateau and Yobe) states are sufficiently detailed. While Lagos and Kwara States provided a summary of their budgets on the government websites.

Further commenting on Lagos and Kwara States, Mrs. Abiola Afolabi, in a report made available to THISDAY yesterday stated: â€œThe document provided lacks actionable detail with which citizens can hold their elected officials to account. Our organisation would like to state explicitly that Lagos and Kwara States have a history of opacity over the years and are notorious for resisting attempts by citizens to pry into the affairs of the state.â€

BudgIT is currently conducting its #StateofStates campaign which examines the level of transparency in the 36 Nigerian States. In its online assessment on the availability of public finance documents in state government domains, we observed that as at June 20, 2018, only 15 States in the country had published their budget documents online. BudgIT, working on holding government accountable and creating an active citizenry to improve governance is following the non-availability of States fiscal plan and urging Nigerians to demand their States budgets collectively.

She further assured that shrouding public finance information in secrecy thereby encourages corruption and mediocre performance in the states and that transparency in the states contributes to the downward swing as governments persist in denying citizens the access to relevant information.

Afolabi added â€œIt is commendable that the states released full budget documents to the public, but it must be published within a reasonable timeframe. The proposed budget details presented to the State House of Assembly should be made available to the public to enable them engage their legislators during the budget debate. Any state keen on citizen participation in governance should publish full details of the proposal with 48 hours of submission to the legislature.â€

Also, BudgIT Project Manager, Mr. Abayomi Akinbo, observed that the fundamental requirement of good governance is transparency, and the least form of transparency is the availability of public finance information.

He said: â€œInformation on government spending from the public purse should be provided to the people by the government through various communication channels; one of which is the official state website. However, this is not the case with state governments in Nigeria.â€

â€œBeyond the release of pictures and stories of projects executed, it is vital that citizens are informed of project cost to enable them to decide if the project delivered optimum value for money spent. Nigeria battles the current scourge of corruption due to the prevailing practice of opacity at federal, state and local levels. No country achieves transparency and accountability without the active participation of citizens in the management of its resources. Taxpayers must hold government accountable to enable them enjoy the dividends of democracy.â€

â€œWe call on the people of the states of Abia, Akwa Ibom, Adamawa, Anambra, Bauchi, Bayelsa, Benue, Cross River, Enugu, Gombe, Imo, Jigawa, Kebbi, Niger, Ogun, Osun, Oyo, Rivers, Sokoto, Taraba, and Zamfara ) to demand their budgets be made open and accessible to ensure the society works in their interest. We equally call on all Nigerian citizens to keep an eye on the funds and follow the money. Across the world, transparency has been noted to foster citizenâ€™s trust in government and increasing investor confidence. States with partially detailed budgets documents in public domains must provide details of capital projects being executed for the fiscal year,â€ Akinbo added. 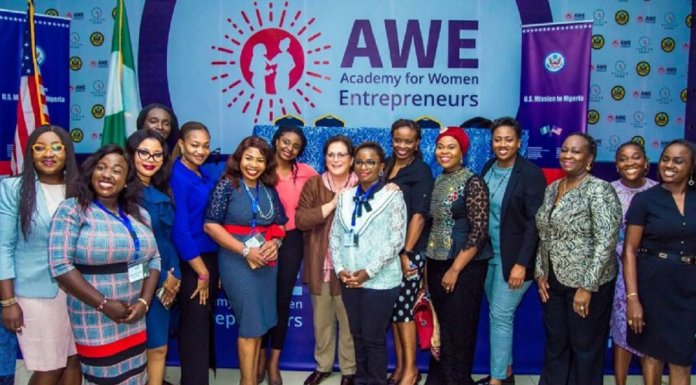