Mr. Muhammed Adamu, a drug addict, who killed his 24-year-old girlfriend out of jealousy, has been arrested by the Yobe State police.

The suspect has confessed he killed Hauwa Muhammad because he discovered that his heart-throb had started dating another man.

The Yobe Commissioner of Police, Mr. Abdulmaliki Sumonu, has confirmed the arrest of the 30-year-old, who has made a confessional statement.

â€œI am very happy to tell you that the perpetrator of the 29th May killing of Hauwa Muhammad has been apprehended and has made a confessional statement,â€ he said.

Narrating how he committed the crime, the assailant said: â€œMy name is Muhammed Isa Adamu from Potiskum. I started dating Hauwa since 2014. She was obedient to me. She never offended me.

â€œI have been abusing drugs for almost five years. I even went to Azare General Hospital to seek medical advice in order to get rid of my addiction.

â€œI tried as much as possible to convince my family to meet Hauwaâ€™s over our marital arrangement but my effort became unsuccessful.

â€œEventually another guy started dating her. That was the beginning of our problem. She told me that if my family could not meet hers, I should allow the other guy to do so.

â€œApart from that, there was no problem between the two of us.

â€œOne day I didnâ€™t know what happened to me, I took my drugs and decided to end the lives of both of us. I killed her alone with a knife.

â€œI equally wanted to kill myself but she stopped me from doing that while she was bleeding. She said I should not kill myself. May her soul rest in peace.

â€œShe further advised me, before she bled to death, that I should repent and seek Allahâ€™s forgiveness. I then promised her not to kill myself and that I will report myself to the police.

â€œWhich is why when the DPO â€˜Câ€™ division called me, I reported at once.â€

Adamu is a fresh graduate from the Federal College of Technical Education, Potiskum, affiliated to the Federal University of Technology, Minna.

He advised hard drug users to quit the habit as it would only lead to a dead end.

Hauwa was reported to have left home on 29 May to buy a loaf of bread but she never returned.

She was later found dead on the same day.(NAN) 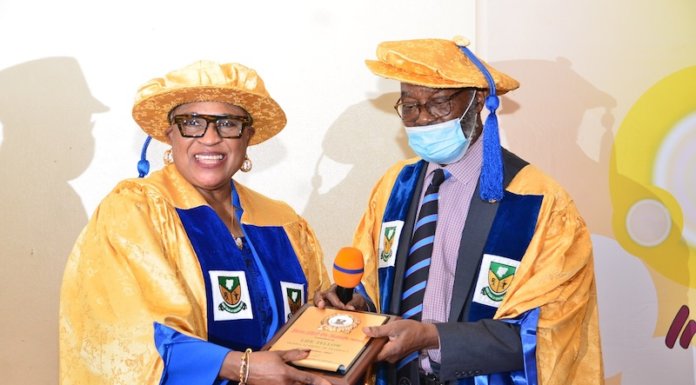