Forte Oil Plc, a major marketer of refined petroleum products is one the companies that recorded the highest profit growth for the 2017 financial year. The company posted a profit after tax (PAT) of N12.226 billion for the year ended December 31, 2017, up by 323 per cent from N2.890 billion.

However, while the shareholders are savoring the improved results, they are faced with a tough decision to make as the directors have proposed a business restructure. The directors have said they will restructure the business by divesting its interests in its Ghana operations, upstream services and power business. The shareholders are expected to approve this proposal at the companyâ€™s annual general meeting (AGM) next Monday.

In the same positive trend, Forte Oil has begun 2018 with improved results. The company posted a revenue of N39.812 billion for the first quarter (Q1) ended March 31, 2018, up from N33.003 billion in 2017, while PAT improved from N1.884 billion to N2.962 billion in 2018. Given these results, it is expected that the firm will end the current year with positive results. However, the decision to restructure is already raising some level of apprehension among stakeholders.

Company Explains Restructuring
Forte Oil Plc has said its decision to focus on downstream operations will boost its distributable earnings for the benefit of shareholders.
Although the company has not fixed the time frame for this restructuring, it said the decision was taken due to challenges in that segments of its operations.

The company explained that Nigeriaâ€™s oil and gas industry has witnessed significant changes in recent years and is expected to further evolve in the near term. These changes continue to affirm its strong belief that only downstream operators with huge investments in both storage and distribution infrastructures can remain competitive and operationally efficient in the long run. These changes and macro-economic factors including but not limited to the devaluation of the Nigerian Naira, fixed margins in a tightly regulated sector and future prospects of a fully deregulated downstream petroleum sector continue to shape the future of our industry.

According to the company, its operations is in the downstream oil and gas segment, and the Group has established itself as a foremost indigenous petroleum marketing company with a rich history and strong operational platforms.
It explained that although power business is profitable, it has huge receivables due from the Nigeria Bulk Electricity Trading Plc (NBET) and a significant portion of its distributed earnings is also utilised in servicing the acquisition debt finance.

â€œThe receivables from NBET as at 31st December 2016 and 31st December 2017 stood at N14.6 billion N32.6 billion respectively. It is pertinent to note that the federal government has provided a NBET Payment Assurance Facility (PAF) in the sum of N701 billion which has been utilised to settle some of these obligations. However, this fund has been depleted with no clear signals from the Government of another disbursement,â€ the company said.

Regarding the upstream services business, Forte Oil said despite the significant resources deployed including management time, the upstream services business has consistently contributed less than seven to the Group earnings in the last three financial years.
Similarly, it said the downstream subsidiary in Ghana has consistently declared losses after tax in the last three years and has substantial bad and uncollectable trade debts in the business as a result of negative economic conditions and currency devaluation in prior years.

â€œBased on the foregoing, the Group is seeking to take a strategic step to restructure its business by divesting its interests in its Ghana operations, upstream services and power business, in order to ensure adequate funding is available for the downstream business. This action will reduce finance cost in the Group significantly and increase distributable earnings for the benefit of the shareholders. The finance cost attributable to the businesses to be divested stood at N2.7 billion and N2.2 billion for the year ended 31st December 2016 and the year ended 31st December 2017 respectively. The proceeds of the divestment initiative will also enable your company to compete more favourably and achieve the planned expansion of the business for increased market share. The Group foresees immense prospects in the downstream oil and gas sector, and is positioning proactively to harness these opportunities,â€ Forte Oil said.

Stakeholders React
Reacting to the development, some shareholders have stressed the need for the federal government to deregulate the petroleum downstream sector, and pay outstanding subsidy arrears to the profitability of improve oil marketers in Nigeria.
They argued that the non-payment of the arrears by the government had incapacitated fuel marketers, who could no longer import refined products into the country.

Also, they urged government to expedite action on the passage of the Petroleum Industry Bill (PIB) to grow the sector.
For instance, the Publicity Secretary of Proactive Shareholders Association (PSA), Moses Igbrude, while reacting to the Forte Oilâ€™s decision, noted that the operating environment in the petroleum industry for the past few years had been tough and challenging. He added that until government deregulated the downstream distribution, growth in the sector would remain a mirage.

He said: â€œUntil federal government sincerely deregulate the petrol distribution sector this problem (divestment) will continue to occur. I am appealing to government to pay money owned the marketers so they can have enough resources to run their businesses. The enabling environment or ease to do business should be provided. An environment where cost of finance is so high, even to source for foreign exchange is another big problem. So a good management must look inward for other sources of funding.

â€œWhere you have idle assets or assets that are underutilised, it can be sold to raise working capital. I pray that God will give the management of Forte Oil the wisdom to take the right decision that will move the business forward for the benefit of all stakeholders.â€

Also, Mr. Oderinde Taiwo of Proactive Shareholders Association of Nigeria (PSAN) said the divestment was a good step in the right direction for the firm to sell any asset that is no more useful. He added that the continued delay in the passage of the PIB, would sustain current challenges at the expense of shareholdersâ€™ interests.

â€œThe company had earlier explained that they are selling the assets that are not useful to them under their new strategy. Since they have been consistent with dividend payment, they should go ahead and do whatever will bring more returns to shareholders,â€ Taiwo said.

Mr. Boniface Okezie of Progressive Shareholders Association of Nigeria (PSAN) said the Securities and Exchange Commission (SEC) should ensure full disclosure from the Forte Oil on the proposed sale of some of its assets.
He said the market regulators should engage Forte Oil to ascertain the assets it intended to sell and the potential buyers.
According to him, shareholders deserve to know the reasons for the planned sale of some of its assets, who is buying and at what rate.

He said in line with standard practices the shareholders would demand full disclosure in the operations of Forte Oil
Investment analysts at Vetiva Research said their long-term outlook on Forte Oil had changed significantly following the plan to divest all its subsidiaries.

According to them, post-divestment, Forte Oil will transform from running an integrated energy model to a slimmer business model focused on petroleum products retailing on a larger scale.
â€œWe believe that the full deregulation of the petroleum downstream industry is key to unlocking the sectorâ€™s value regardless of the scale of operations of industry players. As such, we hold a bearish outlook on Forte Oilâ€™s new/proposed business model (entirely petroleum products marketing) in the near term.

â€œWe do not expect the divestment to be completed before the end of the year, hence, we expect full yearâ€™s earnings to enjoy the full contribution of the power business amongst other subsidiaries before its divestment. Pending further details on the restructuring plan and expansion plans for the petroleum retailing business, we continue to base our forecasts on the current diversified business model.â€ 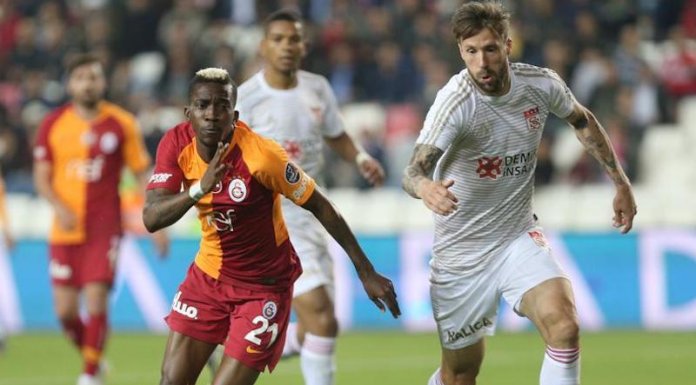