Chineme Okafor, who just returned from a tour of Germanyâ€™s energy infrastructure, where he worked alongside 12 other international journalists, writes on the central role of municipalities and villages in the countryâ€™s power sector

One remarkable feature of the German energy sector that is hardly likely to be ignored by visitors to the country is the localisation of the electricity supply system. The decentralisation strategy, which forms the basis of the countryâ€™s energy policy, Die Energywende, has ensured stable electricity supply to the citizens since the inception of the policy in 2000. It focuses on bringing together people, villages, and municipalities to invest and own their power systems.

Moving through cities and villages, like Bad Kreuznach, Worrstadt, GroÎ²-Winternheim, Neuerkirch, Klosterkumbd, and Morsdorf in the Rhineland-Palatinate region of Germany, reveals how municipal autonomy in Germany, which is enshrined in Article 28 of the Basic Law of the countryâ€™s constitution, has helped the citizens manage their own affairs. The law guarantees local self-government and gives municipalities the right to regulate all local affairs under their responsibility, including electricity.

Dubbed â€œinvestors, troublemakers: citizens and local power of the Energiewendeâ€, the study tour was chaperoned by the Clean Energy Wire (CLEW), a Berlinâ€“based media outfit committed to clean energy transition. The event involved discussions with leading energy experts, local mayors, representatives of energy cooperatives, protesters, and policymakers, on how citizen-driven, locally owned, decentralised energy policy had thrived, as well as its next phase.

Unlike Nigeria and France, where policies on electricity supply are largely determined by the central government, Germany has within the limits prescribed by law allowed for electricity decentralisation. This has over the past two decades allowed German municipalities to increasingly become part of a web of multi-level governance on matters of energy and many other issues. It has seemed to make Germany the poster child in the efforts to find lasting solutions to the problems of climate change and energy supply insufficiency.

The joint stock-taking exercise took the team of journalists to the West German heartland of Rhineland-Palatinate, a predominantly rural state that has become a forerunner in citizen involvement and in setting ambitious renewables targets.

Under Energiewende, which is described as the peopleâ€™s policy, the German federal government sets the framework for its deployment even at the local level through legislation and policies like the Renewable Energy Act, the Federal Building Code, and the Energy Saving Ordinance. It is then left to other constituents to drive at their own paces and desires.

From CLEW, it was equally learnt that since the energy transition took off in 2000, millions of Germans had become energy producers, investing in solar panels on their houses as well as buying shares in wind parks across the country.

Citizens are the bedrock of the policy. They earn money from investments in rooftop solar power systems, which are connected to the countryâ€™s electricity grid. This also suggests that homes in Germany are hardly off the grid.

â€œCitizensâ€™ engagement is one reason that support for the energy transition is high despite rising power prices,â€ CLEW said. â€œBut as the transition gathered pace the government changed regulations, stoking concerns that more complex rules will put citizens off. At the same time, important Energiewende projects have run into resistance, requiring new ways to keep the public on board.â€

CLEW said from the start, Energiewende had its roots in the early environmental and anti-nuclear movements of the 1970s and had largely been driven by a broad social consensus.

Germany, at the moment, has 16 federal states, which are referred to as LÃ¤nder. They work hand-in-hand with their municipalities, which according to CLEW are about 11,116, on energy generation and efficiency. They drive the Energiewende through funding programmes, investments in research, zoning laws, as well as licensing and supervision of procedures.

The private citizens include individuals who install their own solar PV rooftop panels, as well as energy cooperatives. This indicates a diversity of ownership and commitment to renewable energy expansion, depending on the possibilities for citizens to take part and invest in.

In further support of measures to influence the energy decisions of all three levels of governance in Germany, a Nuclear Safetyâ€™s Climate Action Plan 2020 was developed. Under the plan, municipalitiesâ€™ autonomy to implement policies and plans within the larger frameworks are safeguarded, such that they can determine how to reduce their respective administrationsâ€™ energy usage through building codes, provision of energy, public transport, and housing.

The action plan, it was gathered, has remained a crucial part of the policy considering that the municipalities have roughly 186,000 publicly owned buildings that need electricity and heating. Collectively, these buildings are said to account for about 40 per cent of Germanyâ€™s energy consumption, and about a third of the countryâ€™s carbon emission.

Street lighting in the municipalities is said to account for about 40 per cent of the countryâ€™s electricity costs. Collectively, the municipalities spend around â‚¬4 billion on energy each year with the bulk of these costs coming from municipal buildings.

The German Energy Agency estimates that energy conservation measures could help such localities reduce their expenditure on energy by 80 per cent when they convert to modern heat pumps and lighting systems.

During the visits, one of the districts, Rhein-Hunsruck, demonstrated how it changed its status from an energy importer to an exporter through the energy policy. The district covers about 991 square kilometres, and with 102,000 inhabitants, including 8,088 foreign nationals. A retired head of the district, Mr. Bertram Fleck, shared some valuable lessons that states and local governments in Nigeria could adopt to provide electricity for their inhabitants. Fleck said the district spent approximately â‚¬290 million on the importation of energy to power it, but it decided to convert that expenditure to regional jobs and value creation through energy efficiency and renewable energies. He stated that measures, such as building large solar heating systems in Kulz and Neuerkirch for collective use, as well as converting rooftops in the district into hosts of solar photovoltaics were taken to grow the districtâ€™s electricity generation capacity.

â€œOut of 80,000 rooftops in the district, 58,600 are suitable for PV. Nearly the whole annual power demand of about 488 million kilowatts hour (kWh) could be covered at the moment. Already, 16 per cent of this potential is used. The district uses all suitable roofs like school centre,â€ said Fleck in his presentation.

He further stated that the district also had interest in about 268 wind power stations that had been operating within it. According to him, â€œThe municipalities are receiving approximately â‚¬7 million of annual leasing income for the duration of 20 to 25 years. This income is used to master the challenges of the demographic change in the field of securing public interest in the district.â€

The rental incomes the municipalities get from the wind plants, he noted, also helped to build the longest suspension bridge in Germany at Morsdorf. The bridge has in return increased the number of annual visitors to Morsdorf from 170,000 to 570,000.

Considering the level of energy deficiency in Nigeria, THISDAY observed that states like Jigawa, which has enormous solar power potential, and has also indicated its desire to develop a cluster-based renewable energy city, could adapt some of the tested and certified processes that these German municipalities had deployed to improve energy supply.

Recently, the government of Jigawa State approached the Rural Electrification Agency (REA) to support its quest to use solar power to reduce the stateâ€™s monthly expenditure on streetlights in its 27 local government areas. The state government also said it would appreciate REAâ€™s support in its plan to deploy mini-grid and standalone solar power systems to its rural communities and farming areas.

The stateâ€™s deputy governor, Mr. Ahmad Mahmud, told Managing Director of REA, Mrs. Damilola Ogunbiyi, during a meeting in Dutse, the state capital, that the state spent an average of N110 million monthly on streetlights in its local government areas, as well as huge sums of money to support its farmers who use petrol powered pumps to irrigate their farmlands. Mahmud also noted about N4 billion was spent annually by the government on grid extension projects that never really guaranteed electricity to its residents.

Additionally, the approach of energy cooperatives, which exists in the German municipalities, can be replicated in Nigeria, where community-based or business cluster cooperatives or organisations can invest in power systems to electrify their homes and businesses using existing regulations under the Nigerian Electricity Regulatory Commission (NERC).

Governments across the states can also cut their monthly expenditure on energy by deploying solar PVs on rooftops of public buildings, such as municipal schools, libraries, hospitals, and office buildings. Energy generated from these systems could be used to power social facilities, thus, saving money and the environment.

At the federal level, the fact that Nigeriaâ€™s Electric Power Sector Reform Act (EPSRA) of 2005 has rarely accomplished its objective of supporting investments for adequate power supply to Nigerians means that it has remained an elitist law or policy with no local buy-in to push it further. Perhaps, the government can consider opening up the law to become what the Energiewende has become for Germans â€“ the â€œpeopleâ€™s policyâ€.

The Minister of Works, Power and Housing, Babatunde Fashola, appeared to be hinting at such localisation of energy supply when he said on Wednesday in Dutse that interested investors were free to establish commercial independent power generation plants or solar power plants, with generation capacity of two megawatts and below, without seeking license from the federal government. Whether the government would take further steps to ensure the realisation of the intended energy objectives in the said decentralisation remains to be seen. 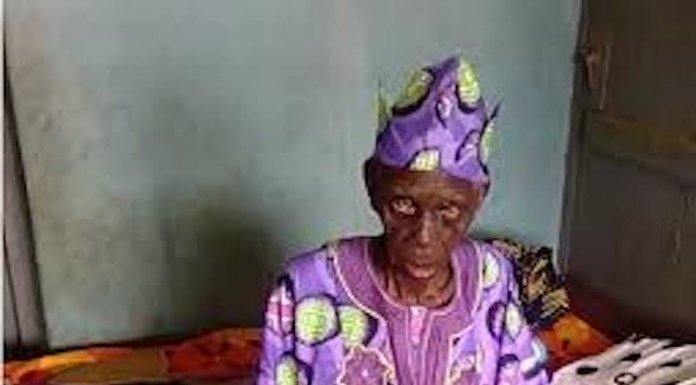 The Lion and Liquid Metal