Although his travails are not over yet, the failed attempt to recall Senator Dino Melaye from the Senate is very instructive at with the approach of election season, writes Yekini Jimoh

The recent recall process of Senator Dino Melaye, representing Kogi West Senatorial District, which suffered a monumental failure, is a testimony that the people not only know what is good for them, but also have a grasp of the issues in the politics of the state.

The Independent National Electoral Commission (INEC) only recorded 5.34 per cent out of 50 plus one per cent it needed for the recall of the senator to move to the next of the process. And going by what took place during the exercise, it can be deduced that most people did not sign the petition in the first place.

It was also gathered that one person single-handedly signed many names, numbering over 800 and when people came for verification, it was discovered that most people never signed the petition.

Cases of forged signatures and names of dead people were also discovered on the list. Across the seven Local Government Areas that made up the district, there was apathy as the electorate failed to show up.

In Lokoja, a mild drama ensured at some of the polling units, with the electorate surprised to see their names on the displayed list. For example, one Samuel Olukotun threatened to sue those who had put his wifeâ€™s name, Feyisayo Olukotun on the list. This, unfortunately, was the case with many people.

The senatorâ€™s victory was immediately seen as a precursor to the 2019 general election by his supporters and even members of the Peoples Democratic Party (PDP). Although Melaye is a member of the All Progressives Congress (APC), he had recently become a darling of some PDP commentators, who are trying to seize advantage of his ongoing travail to encourage him back to the party.

Melaye was formerly of the PDP, on whose platform he was elected into the House of Representatives in April 2007. He later abandoned the party and was elected senator in 2015 on the APC banner. Although Melaye supported Alhaji Yahaya Bello, 42, for governor in 2015 and was even the compere at his inauguration in January 2016, the two soon fell out over the stateâ€™s staff verification exercise.

The exercise was widely deemed unpopular, because it left thousands of workers unpaid for many months. But the governor said the initiative was necessary to winnow out ghost workers and other employment racketeers, who constitute a major drain on the stateâ€™s already lean resources.

Melaye, however, recognised the essence of the policy, but strongly opposed the tactics deployed by the Bello administration. The matter soon became a serious point of political tension between the two, and Melaye believed it was also the basis for his ongoing criminal investigations by the police.

Again, the opposition party in the state equally played a major role that led to the failure of the recall process. Before the recall exercise, the Kogi State Chapter of the PDP had urged its members to dissociate and vote against what it called government organised recall of Melaye.

In a statement signed by Achadu Dickson, Director Research and Documentation, the party described the recall as a hoax, politically motivated and urged its members to vote against the plan to recall the embattled senator. While the party said it stood to dissociate itself from the recall process and described it as undemocratic, it noted that it was executive recklessness against opposing voices. The PDP said it stood by the message of the embattled senator in exposing bad governance, which he described as the hallmark of the APC-led administration under Bello since its inception.

The PDP also said Dinoâ€™s position that Belloâ€™s inept leadership and bad governance had brought the state to its lowest ebb, had reinforced its position that Kogi had become a failed state and had been made a laughing stock amongst comity of states in the country.

Thus, the feud between Bello and Melaye over non-payment of salaries contributed to the victory of the senator. The people of Kogi State saw Melaye as their messiah and the only senator in the state that challenged the governor on the grounds of bad governance.

His ordeal with the security agents, which led to his arrest in Abuja and subsequent detention made the people to sympathise with him. Also, a majority of the political appointees from Kogi West failed to mobilise people during the exercise. It was gathered that despite the huge amount of money collected from the â€˜sponsors of the recallâ€™, many of them went into hiding during the exercise.

It was also gathered that the governor has given an order that all the political appointees from the seven local government councils should refund his money or face sack.

Although Bello did not publicly participate in the campaign to recall Melaye, the senatorâ€™s ability to survive the recall exercise despite being bedridden in the lead up to the exercise has made some commentators to see it as a major loss for the governor.

Demola Olarewaju, a PDP sympathiser, said the outcome of the exercise was a reflection of the electorateâ€™s capacity to enthrone and dethrone politicians, a statement that echoed an earlier one by the Ekiti State Governor, Ayo Fayose.

The victory of Melaye, he said, was not solely for him but for truth over falsehood, of true democracy over tyranny, of people power over cabal desire and of light over darkness.

Chief Press Secretary to the Governor, Mrs. Petra Onyegbule said, â€œThe governor is not in any way connected to the exercise. That it is going to affect the governorâ€™s political future is a very myopic thinking.â€

She dismissed the excitement that trailed Melayeâ€™s victory as indicative of a deep-seated ignorance of political commentators.

While it may not be difficult to establish where Bello stood on the recall, some of his aides frequently ran partisan online commentaries that gave tacit support to the pro-recall campaigners. But the outcome of the recall showed that the people might have turned their back on the administration.

Melaiye has boasted that despite his current travails, he was still able to mobilise his constituents and also deploy agents to monitor the signature verification exercise and defeat the proposal to recall him.

â€œThe chain of events from last Monday to this day are enough for one to be grateful to God Almighty and all Kogi people both at home and in the diaspora, including my friends outside the Confluence State and all over the world, for standing behind me in this trying times,â€ he said through his Media Assistant, Mr. Gideon Ayodele.

The Kogi State APC Chairman, Alhaji Hadi Ametuo, said the recall process was initiated by some ghost voters from Kogi West to recall the only senator, noting that â€œour party has in Kogi State come to a premature end.â€

According to him, â€œThe message is very clear that Senator Dino Melaye is the most popular senator ever produced by Kogi West. That this is a sign of what to expect in the 2019 general election and no amount of financial inducement and coercion will change the will of the people of Kogi State in the future elections.â€

The opposition PDP also accused Bello of wasting over N5 billion public funds on the failed plot to recall Melaye.
The party said the huge human and financial resources deployed to the â€œDino Melaye must goâ€ agenda could have been more meaningful made to impact on the lives of the downtrodden people of Kogi State, especially the workers that were being owed several monthsâ€™ salaries.

Deputy governorship candidate of the APC in the 2015 elections in Kogi State and member representing Ikeja Federal Constituency, Hon. James Abiodun Faleke, described the outcome of the verification exercise as a pointer to the fact that Bello was unpopular in the state. In separate tweets through his Twitter handle @JAFaleke, he said the ultimate loser in the failed recall exercise was the APC, adding that until those who worked so hard to win election for the party in Kogi were given due recognition, Bello would continue to struggle politically without results.

â€œThe recall project has failed. The people won. The outcome today is not just about Dino but the open rejection of the Yahaya Bello-led state government. Even in detention, Dino Melaye defeated them. Clear sign that Yahaya Bello is very unpopular in Kogi State,â€ he said. 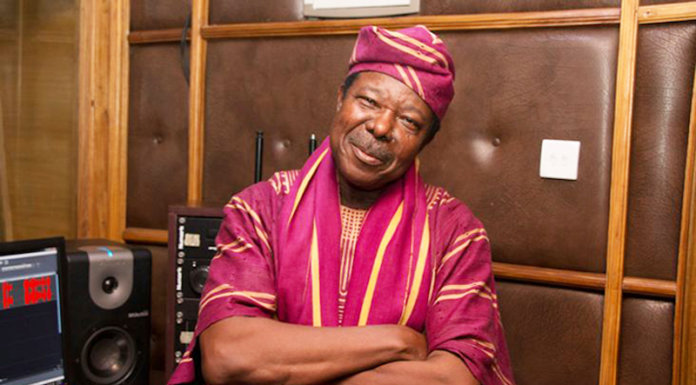