The Peoples Democratic Party (PDP) has accused the All Progressives Congress (APC)-led federal government of an orchestrated plot to intimidate and persecute opposition leaders and those that harbour presidential ambitions.

The main opposition party said apart from designating a special presidential committee to witch-haunt its members, the APC-led federal government has allegedly perfected a plan to frame the governors of Ekiti and Rivers States, Ayodele Fayose and Nyesom Wike, respectively, as well as the Deputy Senate President Ike Ekweremadu.

Addressing reporters Wednesday on what it termed â€œmatters of urgent national importanceâ€, the National Publicity Secretary of the PDP Kola Ologbondiyan, said: â€œOur dear nation is now passing through her darkest hour. Our constitutional democracy is under severe attack from agents of fascism who are on the prowl.

â€œAs we speak, Nigeria as a nation is being pushed to the brink and the personal freedom of citizens under our Constitution is no longer guaranteed.

â€œToday, in our country, there is an orchestrated plan by the ruling All Progressives Congress (APC)-led federal government to use the state apparatus of power to coerce, emasculate and effectively decapitate the opposition and other dissenting voices, foist a one-party state and push a self-succession bid for President Muhammadu Buhari, seeing that their chances of winning the presidential election get slimmer by the day.

â€œCurrently, the APC has fully commenced a major onslaught on leaders and key voices in the main opposition party, the Peoples Democratic Party (PDP), particularly our state governors, opposition leaders in the National Assembly as well as our presidential hopefuls.

â€œYou are already aware of the numerous exposed plots by the APC and its federal government to frame and humiliate the Deputy Senate President, Senator Ike Ekweremadu, as well as PDP governors, particularly Rivers State governor, Nyesom Wike and his Ekiti State counterpart, Governor Ayo Fayose.

â€œThis is in addition to advanced plots by the federal government to clampdown on key leaders of the party and begin to drop in public places, alleged confessional statements made under duress in a desperate attempt to achieve a pre-determined end of validating the bandying of corruption allegations against members of the PDP.

â€œWe have also been made aware of a special presidential committee set up by the APC federal government to persecute our leaders. Already, no fewer than 28 cases have been filed based on trumped up charges.
â€œAlso, we are privy to a series of clandestine meetings between agents of the APC and some compromised judicial officers to get convictions at all cost.

â€œIn the same vein, we are in the know of a plot to embarrass credible individuals, particularly in the PDP, known or perceived to be interested in contesting the 2019 presidential election, having realised that their party, the APC, is finally stuck with a very unpopular and rejected presidential candidate, who can no longer command the support of Nigerians.â€

Continuing, Ologbondiyan said the PDP was bringing to the attention of the international community that in APCâ€™s desperate attempt to win the 2019 elections, the APC-led federal government was stopping at nothing, including â€œresort to undemocratic proclivitiesâ€.

â€œThe world is already aware of the unrelenting Gestapo style of persecution, arrests, detention and trial of opposition members as well as perceived opponents of the government, including innocent business concerns, under the guise of the war against corruption.â€

He maintained that it was not opposed to the fight against corruption, which he noted was started by past PDP administrations through the establishment of credible anti-corruption institutions.

â€œWe, however, demand that prosecutions must be done in a credible, transparent, legitimate and constitutional manner. We will not allow the persecution of our members under the guise of the fight against corruption.

â€œThis is in addition to a dangerous plot to arrest and detain members of the civil society, opinion leaders, the media and other professionals on trumped up charges of alleged politicisation of security issues in the country, using compromised security and judicial officers.

â€œIn light of the above, the repositioned and rebranded PDP, under the new leadership, rallied by the Nigerian people, wants to state unequivocally and in the strongest possible terms that it will not in any way fold its arms and accept any attempt by the APC and the federal government to attack or undermine any of our leaders or members, or supporters at any level of political engagement.

â€œLet it be known to all that this is a repositioned PDP that cannot be cowed and that we are more than able, willing and overtly ready to use all means practical and available within the ambit of the law and the principles of democracy to stiffly resist and stop the APC and the federal government in this evil scheme,â€ he warned.

The party spokesman further warned that the PDP would no longer allow anybody to tarnish any of its elected and appointed officials, particularly the partyâ€™s state governors and leaders in the National Assembly and members of its working committees at the national, zonal, state and even at the grassroots levels and would do all within the ambit of the law to protect them.

â€œWe know that our governors, especially Governor Wike and Governor Fayose have been marked because of their principled position against the obvious incompetence, corruption and undemocratic credentials of the Buhari administration, for which Nigerians have been subjected to the worst form of suffering in the last three years.

â€œThe PDP is proud of all our governors, particularly on their achievements in the delivery of democracy dividends to the people and will not allow anybody to distract them.

â€œWe want to therefore state that if this trend does not stop, we will not hesitate to call on our members and supporters in their millions in the collective effort to protect our democracy, using legitimate means provided by the laws of our land.

â€œIt is obvious to all that the failed and rejected APC and its federal government are mortally afraid of the repositioned PDP that has become the new platform upon which Nigerians are now rallying to rescue our sinking ship of state from the APC in the 2019 general election.

â€œThis nation belongs to all of us, we are equal stakeholders and it lies in the hands of the electorate to decide who holds any elective office at any level and not the dictatorship of the government of the day.

â€œWe therefore directly caution the Buhari administration to desist from this attempt at foisting a siege mentality on the political class and citizenry as if we are under a military regime.

â€œIn the same vein, we urge the judiciary and all the security agencies to protect their independence and resist all attempts by the APC to set them against the provisions of the law and the will of the people.

â€œFinally, while we invite the international community to note the ugly trend in our dear nation under the APC, we charge all Nigerians not to despair but to continue to focus on their collective rallying on the platform of the PDP to achieve our collective quest to end the APC misrule and return the nation to the path of democracy, national cohesion, adherence to the rule of law and prosperity, come 2019,â€ he stated. 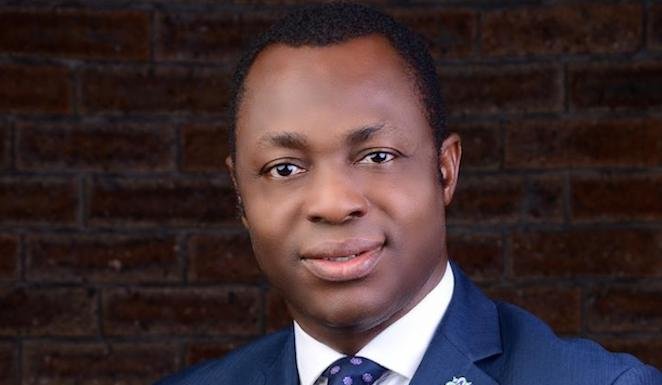