A former Minister of State for the Federal Capital Territory (FCT), Jumoke Akinjide, who is being prosecuted for an alleged fraud of N650m, has disowned five extrajudicial statements which she made to the Economic and Financial Crimes Commission (EFCC) in 2016.

Her lawyer, Mr. Olusegun Williams, resisted the move by the anti-graft agency to tender the statements in evidence against Akinjide before the Federal High Court in Lagos yesterday.
Williams contended that the statements were obtained from Akinjide under duress and inducement.
He urged the court to order a trial-within-trial to test the voluntariness of the statements.

Akinjide’s co-defendants, Senator Ayo Adeseun and Olanrewaju Otiti, disowned their statements too.
Their lawyers, Mr. Michael Lana and Akinola Oladeji respectively, equally argued that their clients’ statements were not voluntary.

“The 3rd defendant also made statements to the EFCC and we shall be contending that the statements were made under inducement and subsequently threat of incarceration. I will therefore align myself with the position of my learned colleagues for the 2nd and 3rd defendants,” Oladeji told Justice Muslim Hassan.

Following the contention by the defence lawyers, the judge ordered a trial-within-trial.
Akinjide, Adeseun and Otiti are being tried on 24 charges of money laundering.
The EFCC accused them of collecting N650m from a former Minister of Petroleum Resources, Mrs. Diezani Alison-Madueke, in the build-up to the 2015 general elections.

The anti-graft agency claimed that they ought to have “reasonably known that the money formed part of proceeds of an unlawful act,â€ adding that they handled it without going through any financial institution in contravention of the Money Laundering (Prohibition) Act.
It said they acted contrary to Section 18(a) of the Money Laundering (Prohibition) Act, 2012, and were liable to punishment under Section 15(3) and 4 of the same Act.

But upon their arraignment on January 16, 2018 they pleaded not guilty and the court ordered trial.
At a point, they mooted the idea of plea bargain, but later abandoned it as they could not reach an agreement with the EFCC.

During the trial-within-trial yesterday, the EFCC called the leader of its Special Task Force 4, which investigated Akinjide and others, Usman Zakari, as a witness.
Led in evidence by the prosecutor, Rotimi Oyedepo, Zakari said he was surprised at the claim by Akinjide’s lawyer that the ex-minister was induced to make the five statements she made to the EFCC.

The investigator said: “I’m surprised. The 1st defendant (Akinjide), when she reported to our office, she came along with Barrister Olusegun Williams and her husband. I was the one that interviewed the 1st defendant. During the course of the interview, the payment receipt of the N650m, which the defendant signed at Fidelity Bank, was shown to her and she volunteered to react in writing regarding the payment receipt. There and then, I instructed my subordinate, Tosin Owobo, to caution her. And I read the cautionary words to her, which she understood same.”

Zakari said after writing the statement, Akinjide appended her signature after which her lawyer, Williams also signed, stating that the statements were obtained from Akinjide in his presence.
He said it was after this that she was granted an administrative bail, with her husband standing as the surety.

“The statements of the 1st defendant of August 9, 2016, August 25, 2016, November 21, 2016, December 2, 2016 and December 15, 2016 were voluntarily given by the 1st defendant; also, the statements are devoid of threat, inducement and promise,” Zakari said.
He added that after the statements were obtained, neither Akinjide nor Williams lodged a complaint of any foul play with the EFCC authorities.

Earlier in the proceedings, Zakari, who appeared as the second prosecution witness in the main trial, narrated to the court how the EFCC arrested Adeseun in Ibadan and brought him to Lagos for interrogation.
He said at the time, Akinjide was out of the country and was sent a letter of invitation, which was replied by her lawyer, Williams.

He said following her return from abroad, Akinjide came to the EFCC’s office accompanied by Williams.
“During the course of that interview, the 1st defendant was confronted with the payment receipt, which she also confirmed the name, the address and the signature on Exhibit P1,” Zakari stated.
In the charges, the EFCC claimed that Akinjide gave a cash sum of N107.4m to Otti and N134.4m to Adeseun out of the N650m on March 26, 2015.

She also allegedly gave N26.5m cash to one Ayoka Lawani; N56.4m to one Alhaji Kunmi Mustapha; N28.6m to one Honourable Muraina Ajibola; N16m to one Honourable Yinka Taiwo and N10.7m to one Prince Ayuba.
Counsel for the EFCC, Oyedepo, said the cash payments exceeded the threshold stipulated by the Money Laundering (Prohibition) Act, 2012.

He said Akinjide, Adeseun and Otiti acted contrary to Section 18(a) of the Money Laundering (Prohibition) Act, 2012, were liable to punishment under Section 15(3) and 4 of the same Act. 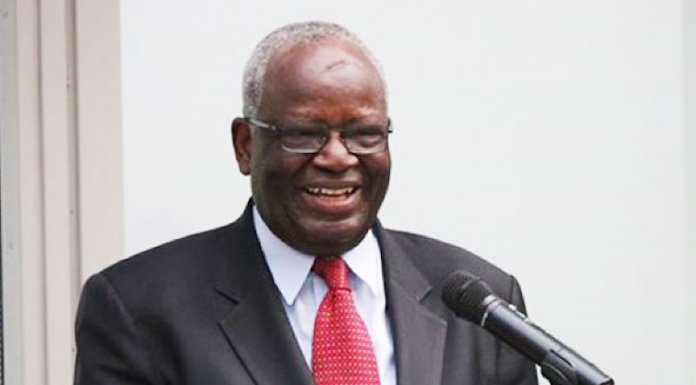 THE RELEASE OF BOKO HARAM PRISONERS