The scheduled continuation of the trial of the four accused persons of the alleged unlawful importation of 661 sophisticated pump action rifles into the country in December 2016 before a Federal High Court in Lagos was stalled yesterday due to the ill-health of the lawyer representing the first and second accused in the criminal charge, Yakubu Galadima.

At the resumed hearing of the matter yesteday, which was slated for the cross-examination of the prosecutionâ€™s witness, Jaiye Emmanuel, an operative of Department of State Security (DSS); Yakubu Galadima, lawyer to Mahmud Hassan Trading Company and its Managing Director/Chief Executive Officer, Mahmud Hassan, told the court that he is not in good state of health to cross-examine the witness.

Galadima, therefore, pleaded with the court for a short adjournment.

Lawyers to other accused persons-Dr. Paul Ananaba (SAN), O. Adeniyi and A. H. Ibrahim, and the prosecutor, Julius Ajakaiye, conceded to Galadimaâ€™s request.

Particularly, Ananaba urged the court for clear dates so that the witness can be cross-examined and for further trial of that accused persons.

Following Galadimaâ€™s application which was not opposed by either of the parties, the presiding judge, Justice Ayotunde Faji, adjourned the matter till March 19, 27, 28 and 29, for cross-exanimation of the witness and continuation of the trial of the accused persons.

At the last hearing of the matter, the second accused, Mahmud Hassan, a retired Assistant Comptroller of Customs, in a video recorded on March 27, 2017, between the hour of 14:00 hour and 14:40 hours, told the court how he paid the sum of N1 million to the operatives of DSS and other security agencies at the Apapa Port to facility the clearance of the illegal arm.

Hassan had also told the court in the video that he initially charged the importer of the illegal arms N3.8 million, but later raised the money to N4 million when he was informed that the goods were not only steel doors but also contained the illegal 661 sophisticated pump action guns.

All the accused persons, except Matthew Okoye, who is said to be at large, were first arraigned before the court on June 14, 2017, on offences bordering on illegal importation of fire arms, conspiracy, forgery and altering of documents, offering of graft to government officials and importation of prohibited goods.

AGF in charge number FHC/L/190c/17, alleged that all the accused persons conspired with one another to illegally import into Nigeria 661 pump action rifles.

They were also alleged to have forged the documents which include two Bills of Lading, one reads â€˜Shanghai Chinaâ€™ as Port of Loading, instead of â€˜Istanbulâ€™ and another one which reads â€˜Steel Doorsâ€™ as the contents of the container instead oIm Customsâ€™ Form M, Pre-Arrival Assessment Report (PAAR) used in smuggling the said 661 rifles into the country.

In particular, one of the Customs Officials, Mahmud Hassan, was alleged to corruptly offered the sum of N400, 000.00, to one Aliu Musa, the Examination Officer of the Federal Operation Unit of the Customs Service with an intent to prevent 100 percent search on a container marked PONU 825914/3, which was used in bringing into the country the said arms.

He was also alleged to have corruptly given N1 million to government officials at Apapa Port through his colleague, Danjuma Abdulahi, in order to prevent the search of the said container used in bringing in the 661 illegally imported pump action rifles. 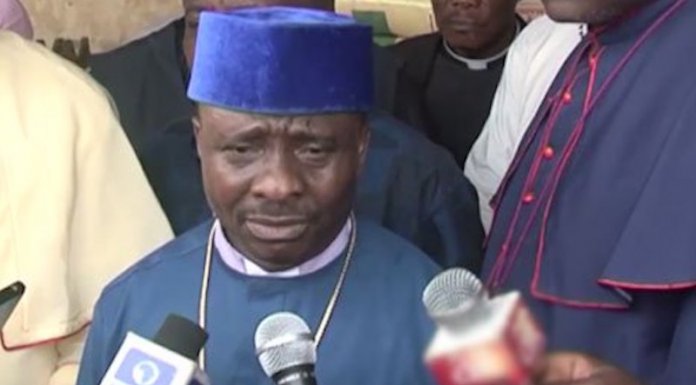