The Peoples Democratic Party (PDP), Socio-Economic Rights and Accountability Project (SERAP) and human rights lawyer and activists, Mr. Femi Falana (SAN), have expressed outrage over what they have termed the â€œintimidation and harassmentâ€ by the police of Mr. Kassim Afegbua, the spokesman of General Ibrahim Babangida over a statement he issued on behalf of the former military president at the weekend.

Afegbua had issued a statement on behalf of Babangida, in which he had counselled President Muhammadu Buhari to step aside for a new breed of leaders come 2019.

However, shortly after the statement was released, another statement purportedly issued by Babangida asked the public to discountenance Afegbuaâ€™s statement.
Even though Babangida was later to speak to THISDAY affirming the authenticity of Afegbuaâ€™s statement and saying that he stood by it, the police went ahead to declare him wanted for what it termed, among others, â€œimpersonation and defamation of characterâ€.

The police chose this path without any charges pressed against Afegbua by Babangida.
Reacting to the development, the PDP Tuesday cautioned the police and other security agencies not to allow themselves to be used by the sinking All Progressives Congress (APC) as instruments of persecution against Nigerians perceived to be against the re-election bid of the president.

PDP said it believed that the attempt to arrest Afegbua over Babangidaâ€™s declaration that Buhari should not be voted or to continue in office after 2019, was a ploy to set the table for a vicious muzzling of constitutionally guaranteed free speech and right to the opinion of citizens in the country.

In a statement issued by the PDP National Publicity Secretary, Kola Ologbondiyan, the party said recent distasteful events including unwarranted harassment of perceived opponents of the APC, supposed and actual presidential hopefuls, as well as opposition members, had shown that the APC has now gone into jittery mode, having realised that its chances of winning the 2019 general election have already vanished.

The party described the trend as a dangerous threat to the nationâ€™s democracy and symptomatic of a failed party that is prepared to turn against the citizens in a desperate bid to hang on to power against the will of the people.

â€œWe now have a terrifying situation where people are harassed for daring to aspire for certain elective offices or even express opinions regarding governance in the country.
â€œNigerians and the international community have seen that almost all those who have openly expressed, or perceived to be nursing ambitions for certain offices, including the presidency, are now facing one trumped-up charge or the other, ostensibly meant to cow and discredit them.

â€œThe point is that the APC has refused to wake up to the reality of the fact that Nigerians have already reached a consensus rejecting them and that no amount of threats, intimidation and persecution with state apparatus of power can subjugate or make them change that determined resolve to vote out the APC and its candidates come 2019.

â€œWe, therefore, call on all well-meaning Nigerians to caution the APC. The fact that the APC is leaving office in 2019 has become inevitable and no one should be part of their desperation to completely ruin our nation before their exit,â€ the main opposition party said.

Equally, the civil society group, SERAP, strongly condemned the intimidation and harassment of Afegbua by the police over the statement he issued on behalf of the former military president.

A statement issued Tuesday by SERAPâ€™s deputy director, Timothy Adewale, said: â€œEveryone has the right to speak out about political or other public interest issues. To do so cannot qualify as â€˜making false statementsâ€™. And itâ€™s certainly not â€˜defamation of characterâ€™ let alone rising to â€˜an act capable of instigating public disturbanceâ€™.

â€œIt is the essence of democracy and human rights. Declaring Afegbua wanted is unwarranted because there is no evidence of inciting violence against him.â€
According to SERAP, Afegbuaâ€™s statement did not contain incitement to violence, adding that declaring him wanted simply for exercising his right to freedom of expression was the hallmark of an oppressive government.

â€œThe police should immediately withdraw its unlawful declaration and end the harassment of Afegbua. President Muhammadu Buhari should publicly instruct the police authorities that itâ€™s their duty to facilitate peopleâ€™s enjoyment of their freedoms, not to hinder them,â€ the civil society organisation stated.
Also joining in the condemnation, a human rights lawyer, Mr. Falana, however, said in a statement Tuesday that since this was not the first time that Babangida had disowned controversial statements made by him, Afegbua ought to have been more circumspect in issuing the statement.

â€œHowever, notwithstanding that the retired general has dissociated himself from the statement, the Inspector-General of Police, Mr. Ibrahim Idris has declared Mr. Afegbua wanted for alleged â€˜character defamationâ€™.

â€œBy declaring Mr. Afegbua wanted when he has not failed to honour the invitation of the police, the Inspector-General of Police has overreached himself. It is undoubted that it is the Inspector-General of Police who has defamed Mr. Afegbua by portraying him as a fugitive of the law.
â€œTherefore, Mr. Idris is advised to withdraw the offensive declaration without any further delay.
â€œHaving regard to the facts and circumstances of the issuance of the public statement by Mr. Afegbua and the denial by General Babangida it ought to be pointed out that no criminal offence known to law has been committed to warrant the action of the Inspector-General of Police.
â€œMore so, that both General Babangida and President Buhari have not complained that the controversial press statement has defamed them.

â€œIn fact, if the statement is considered defamatory whoever is injured would have to institute a civil suit where he will be required to put his own reputation in issue,â€ Falana stated.
He noted that now that Babangida has since turned round to insist that he authorised Afegbua to issue the â€œcontroversial statement it is hoped that he will be prepared to say so in a criminal courtâ€.
â€œHis testimony will go a long way

to destroy the criminal case which the Inspector-General intends to institute against Mr. Afegbua.
â€œHowever, the Inspector-General of Police should be advised not to popularise the discredited views of both Generals Olusegun Obasanjo and Ibrahim Babangida who failed woefully to institutionalise democracy, rule of law, human rights, self-reliance and probity during the 20 years that both of them had ruled the country,â€ he added.

But in a new twist in the saga, Afegbua Tuesday instituted a legal suit against the Inspector-General of Police (IG), the Nigeria Police Force, the Police Force Public Relations Officer, the Nigerian Television Authority, and Channels Television Limited, claiming N1 billion as damages for breach of his fundamental human rights.

The lawsuit was filed at the Federal High Court, Abuja by his lawyer, Dr. Kayode Ajulo.
Afegbua, in the suit, is also asking the court for an â€œorder of perpetual injunctionâ€ restraining the respondents, their officers and their agents from the continued â€œwitch-hunt, harassment, intimidation and persecutionâ€ on the basis of a letter he wrote on behalf of his principal, Babangida.

He further requested the court to direct the respondents to â€œstay all action and to desist forthwith from proceeding with any process whatsoever, including but not limited to any purported investigation, detention or otherwise, which is connected and associated with the letter he wrote on behalf of Babangidaâ€.
Afegbua also asked the court to direct the respondents to apologise to him through the media of NTA, Channels TV and three national newspapers.

In his grounds for the case, Afegbua said he is a renowned journalist, publisher, writer, spokesman for the former military president, and a former Commissioner for Information in Edo State, adding that following the letter he wrote on behalf of his principal, that there was never a time he received any formal invitation from the Nigeria Police Force, hence there was no attempt to arrest him.
He further averred that he had not refused to honour any invitation from the Nigeria Police Force and IG, hence there was no basis declaring him wanted by the police.

The applicant added that by the policeâ€™s action, he had been painted as a â€œfugitive and common criminal with no modicum of dignityâ€, stating that he now lives in trepidation that he could be bundled by any individual or even killed by any law enforcement agent on the basis of the declaration of the respondents.
He added that the respondents had failed to adhere to procedures for declaring a person wanted and were in breach of regulations in this regard.

Afegbua further contended that his harassment and the threat of his arrest and detention were not for the public good but for ulterior motives and not based on a reasonable suspicion that he had committed any criminal offence, insisting that he had committed no crime.
The lawsuit, notwithstanding, Afegbua will report at the Nigeria Police headquarters in Abuja Wednesday.
According to Ajulo, who issued a statement on behalf of his client, Afegbua was on a trip and will be ready to report Wednesday.

Ajulo chided the police for declaring his client wanted without following the rules, saying that Afegbua has known addresses both in Lagos and Abuja and was not on the run.
He added: “Our client, however, remains undeterred by the desperate efforts of some individuals to intimidate him and bend his will and rights against the Constitution provisions, framework of Nigeria Police Force Act and the laws of the land.

â€œThe circumscription of his constitutional right to the dignity of self freedom of expression and fair hearing denotes that there is a desperate attempt to scare him into submission.
â€œWe have advised Mr. Afegbua of his rights and remedies available to him as a law abiding citizen of Nigeria. He has elected to make himself available to the police on Wednesday (today) once he returns from his trip.â€ 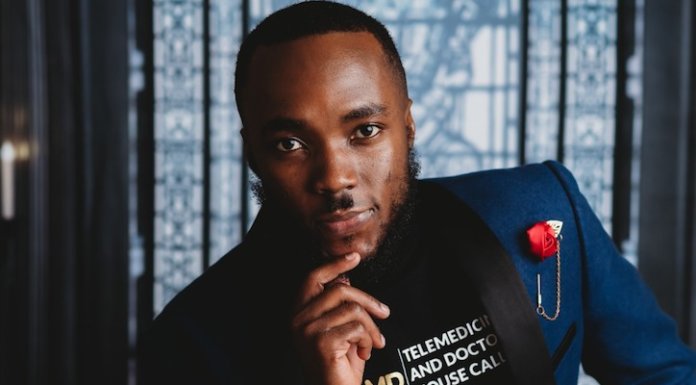