As crime surges in and around the Federal Capital Territory, Paul Obi and Samuel Ohwovoriole believe that the police have to be one step ahead of criminals who have resorted to different tactics to attack their victims

Time was when the serene ambiance of the Federal Capital Territory (FCT) signified adequate security. It was a city where order reigned and crime was like a facade of stories from distanced places. Abuja, then as a city had one of the lowest crime rates in the country. It was more or less a city on the hill, where both the rich and low spoil themselves according to their abilities and pockets.

Thus, criminality was never part of Abuja’s challenges. Citizens were more concerned about the daily Abuja hustle and they chased the national cake through various opportunities that Abuja offered. With these clear-cut tasks, residents freely mingled without let or hindrance.

But as economic recession bites harder, sordid stories unheard of became rife. There were stories of food and pots of soup being stolen in broad day light. Then, armed robbery cases increased. Kidnapping and raping further became the norm. Unlike the past, night life that was once an avenue for Abuja residents to flex and wine became a dangerous period – dreaded by all.

Worst still, innovation in criminality adopted by criminals also did not help matters. To have their way, armed robbers and other criminals adopted various means using cars, bridges and banks to track down their victims. Sometimes, victims could be traced down to their banks, particularly, when they are withdrawing money from their banks.

Of all the avenues, robbery cases under Abuja bridges remain more sophisticated than any other channel. Once darkness takes over under bridges between 7.30p.m., criminals would begin their operation robbing mostly commuters waiting to head home after the day’s work. In most instances, females are raped and their belongings catered away.

For Njoku Florence who spoke to THISDAY at Apo Bridge who was a victim, explained an incident where her belongings were seized by criminals within town. She admitted that her hand bag was snatched at under the Zone 3 Bridge close to a police check point.

“I was once a victim, but it was under the Wuse Zone 3 Bridge. I was walking by the roadside close to a police checkpoint, some guys in a vehicle that was passing by snatched my hand bag and went away with it. The presence of the policemen wonâ€™t change anything,” she stated.

Across Abuja City, rather than bridges being safe avenues for citizens and commuters, they have turned out to be criminals’ hideouts where all forms of nefarious activities are being carried out. These strategies, where criminals use bridges to rob have been linked to the lack of police presence and the absence of street lights which the FCT authorities failed to provide. The proliferation of weapons in the city also accounts for the increase in crime in the city.

But speaking on efforts by the police to tame the new crime wave in Abuja, the newly appointed Commissioner of Police, CP Sadiq Abubakar Bello, explained that the police was already uncovering the various criminal dark spots in the city and environs. Bello stated that “following intelligence and discreet police investigations, operatives of the Command have uncovered an illegal firearm fabricating factory located around Shenagu Village near Zuba. During a raid on the factory, three suspects were arrested. They include the owner of the factory, one Philip, as the supplier of ammunitions while Mr. Okpara and Mr. Bulus as the distributors of the arms.

“During interrogation, Philip stated that he has been doing the illicit business for 17 years and confessed that he sells fabricated single-barrel guns to his clients at N20,000 each while Dane gun is sold for N10,000.

According to him, he also services and repairs malfunctioning guns brought to him by his clients. The supplier of the ammunitions Okpara who disguises as a bicycle spare-parts dealer was arrested at Kwaita Market in possession of the exhibits which he carefully concealed and sold to criminals. In his statement, he narrated that he started the illicit deal since 1997 and that he sells a pack containing 25 pieces of live cartridge for N12,000 while single cartridge goes for N500.

For Bulus, the CP stated that “the major link that connects the principal suspect with potential buyers of the fabricated firearms, was arrested at Zuba. The suspects will be charged to court on conclusion of investigation.”

Bello added that last month “at about 11p.m. police operatives on stop and search at Dantata Bridge Jabi intercepted and arrested one Mr. Jatau, 29, of Kabusa in possession of one barreta pistol with two rounds of live ammunition, one revolver pistol and one locally made pistol. The exhibits were discovered by the police operatives during a search conducted on the bag the suspect was carrying while on transit from Jabi to Kabusa in a tricycle. In his statement, the suspect an ex-convict confessed that the guns which he bought at N50,000 was to be used for a major robbery operation around Kabusa and environs. Other exhibits recovered include: dried leaves suspected to be Indian hemp, one Nokia phone, charm and a screw driver.The suspect and exhibit have been transferred to the Command Special Anti-Robbery (SARS) for discreet investigation and prosecution.”
According to Bello, the police also recorded another success in the arrest of criminals. “Following a tip off, police operatives attached to Zuba Division ambushed and arrested two suspected armed robbers at Zuba Fly-over at bout 1730hrs. They were on their way to Minna, Niger State for a major robbery operation. The duo of Suleiman Hasimu â€˜mâ€™ from Kogi State and Nura Muhammad â€˜mâ€™ from Katsina State were arrested in possession of one berretta pistol, one locally made revolver pistol and six rounds of 9mm live ammunitions. The suspects and exhibits have been transferred to the Command Special Anti-Robbery Squad (SARS) for discreet investigation and prosecution.”

The FCT Police CP also pushed for community policing as a panacea to the high cases of insecurity in Abuja. He stated, “Policing is a collective responsibility, and for us to get it right in FCT, all and sundry must come and partner with the police through the provision of timely information or advice on how to effectively fight crime, he provided numbers that residents could reach the police with during stress. The numbers include 08032003913, 08061581938, 07057337653 and 08028940883. He urged residents to embrace community policing as the way out of the current security quagmire.

But beyond community policing, the surge in crime has various dimensions, the lack of policemen and their patrol teams have increased the confidence of criminals who now terrorise residents without fear. Also, the approach of the police has not been tactful enough, energy has been exacerbated more on public show as opposed to diligent intelligence gathering and surveillance.

Added to that, poor maintenance of the bridges, bus stops, parks and gardens have led to criminals converting them to their criminal hideouts. The absence of street lights, which has worsened since the assumption of office of FCT Minister, Muhammed Bello more than two years has also given criminals the leeway to operate in the night. Thus, while the poor handling of security matters and policing remain a great challenge on the part of the police and security agencies, the abysmal performance of the FCT Minister and the Federal Capital Development Authority have precipitated the insecurity in Abuja. Instructively, while it is pertinent for security agencies to brace up in intelligence gathering and crime prevention, the onus lies more with Bello and FCDA to keep Abuja secure. Until these loopholes are addressed squarely, Abuja residents would continue to live under the nest of criminals – where only the fittest survives. 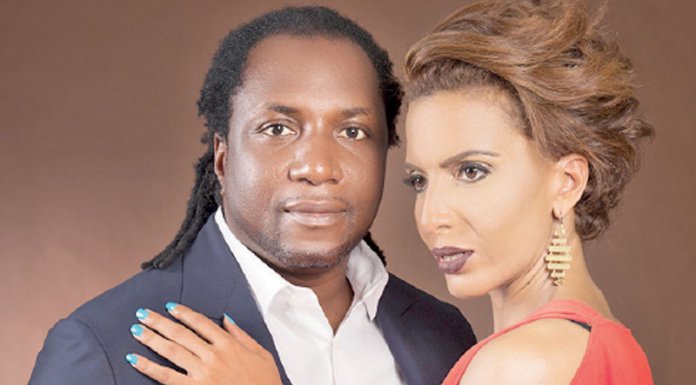