The Nigerian National Petroleum Corporation (NNPC) has disclosed that it will shortly close down its refineries in Kaduna, Warri and Port Harcourt for comprehensive rehabilitation aimed at bringing them back to their nameplate production capacities.

NNPCâ€™s Group Managing Director, Dr. Maikanti Baru, told reporters Wednesday in Abuja that the closure of the refineries will allow the corporation to undertake the rehabilitation in ways that are different from what had been done in the past.

He noted that the refineries would come back on stream as new facilities when NNPC concludes the rehabilitation project ahead of the countryâ€™s plan to end petroleum products importation in 2019.

Speaking on the sidelines of the inaugural Nigerian Pipeline Security Conference and Exhibition organised by the Pipeline Association of Nigeria (PLAN), Baru said: â€œAs you know, it has been the perception of the public that the repairs of the refineries are never done thoroughly, so this time our intention is to shutdown the refineries when we are ready, and then fully bring them back to what they should be as new refineries.â€
He further explained: â€œObviously, it is going to be a complex procedure and as such, we have to breakdown the various work packages to ensure that all the work force has sufficient focus.
â€œThis time we inaugurated eight committees on the refineriesâ€™ rehabilitation.

â€œThe work streams are composed of the general managers and those at the executive directors level and they will have a day-to-day look at it, while the steering committee is at my level and that of the chief operating officers all looking at the problems that the workstations have and they will proffer solutions immediately.â€

He said NNPC would focus on the repairs of the refineries with all that is required to ensure that when the rehabilitation is concluded by 2019, they will be as good as new.

A statement from the Group General Manager, Public Affairs Division of NNPC, Mr. Ndu Ughamadu, stated that Baru, in line with President Muhammadu Buhariâ€™s mandate to the corporation to rehabilitate the three refineries, inaugurated the eight committees charged with returning them to their nameplate capacities by 2019.

Baru, according to the statement, charged the committee which included workstations for rehabilitation, stakeholder management, financing, legal, procurement, pipeline and crude oil supply and security, and staffing and succession planning, to initiate and deploy ingenious solutions to their given responsibilities.

The statement said over 28 expressions of interest (EoIs) had been received so far by NNPC from private funding sources for the refineriesâ€™ rehabilitation project, adding that the corporation was expecting more EoIs by the end of the year.

Baru, according to the statement, further said: â€œI am convinced that the teams we have selected will give the necessary direction towards returning the refineries back to their optimal levels of performance.â€

He said the committees were expected to deliver well and within schedule because time was of the essence.
â€œWe want to show everyone that we can fully run the refineries. You must all work together to operate them at 100 per cent capacity, as this is the only way to ensure profitability.

â€œWe can fix the refineries but without the right people to operate them, they would go back to where they were or even worse,â€ he noted.

The statement quoted NNPCâ€™s Chief Operating Officer, Refineries and Petrochemicals, Mr. Anibor Kragha, as stating that the 2019 target was possible because the corporation has both the political will and the economic climate to ensure effective retrofitting of the refineries.

Kragha said Nigeria would not suffer financially from the project and that the approved financial model would guarantee payment to partners only from incremental profits.

â€œPayment is therefore hinged on performance, ensuring a win-win situation for Nigeria,â€ Kragha said.
Baru, at the conference where he delivered the key note address, added that the incessant vandalism of critical crude oil pipelines such as the Trans Niger and Trans Forcados Pipelines, contributed to the economic downturn Nigeria has experienced.

He said at the height of militancy in the country in 2016, the TNP and Forcados pipeline collectively recorded breaks on their various segments, which resulted in the deferment of about 700,000 barrels of oil per day (bopd).
According to him, since oil is Nigeriaâ€™s major foreign exchange earner, the pipelines breaks and production shut-ins contributed in some good measure to the economic recession.

â€œFor the Trans Forcados Pipeline (TFP), with a capacity of 300,000bpd, we recorded 17 breaches in 2016 while year-to-date, we have recorded at least 15 breaching incidents on the TFP.

â€œOn the average, in 2016 about 700,000 barrels of oil per day were deferred due to pipeline vandalism.

â€œTowards the end of the first and second quarters of 2016, the attacks on pipelines reached the highest point when the two major crude oil export pipelines of Forcados Oil Terminal (FOT) and Qua Iboe Terminal (QIT) were lost due to sabotage.

â€œSimilarly, because of the inter-relationship between the crude pipeline and condensate evacuation from the gas plants, power generation in the country also dropped significantly as the gas plants had to shut down thereby resulting in shortages in gas supply to power.

â€œAt present, a huge amount of money is spent on protecting these pipelines which significantly add to the cost of production. The foregoing summarises the effect of pipeline vandalism and therefore underscores the importance of protecting our pipeline system and treating them as national assets.

â€œThe huge capital investment made in the pipeline network across the country should trigger more resolute determination to finding lasting solutions to the perennial challenges threatening the future of pipeline infrastructure in the country,â€ Baru stated. 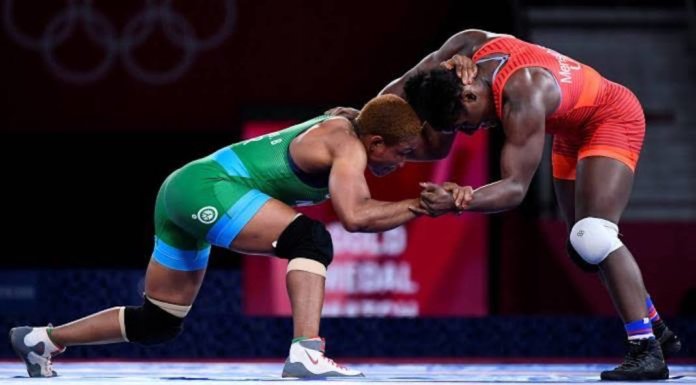