The power tussle within the All Progressives Party (APC) in Bayelsa took a new turn yesterday when operatives of the Department of State Services (DSS) and the police took over the party secretariat in the state located along the Mbiama/Yenagoa road.Â

Yesterdayâ€™s escalation of the disagreement between a faction loyal to Mr. Timipre Sylva, former governor of the state and Tiwei Orunimighe, chairman of the party in Bayelsa, it was learnt, was a direct fallout of last weekâ€™s election for the APC’s non-elective national convention.Â

The election which saw 24 delegates emerge from the eight local councils did not get the blessing of the Sylva group which has been at loggerheads with the Orunimighe faction since 2016, according to sources within the party.Â

It could not be independently confirmedÂ on FridayÂ if the purported suspension of Orunimighe, the state APC chairman, wasÂ  carried out by the national leadership of the party, but it was gathered that the security operatives seized theÂ  party office to avoid a breakdown of order.

Â However, there were unverified claims that the National Working Committee of the APC hadÂ on ThursdayÂ evening suspended Orunimighe, the Vice Chairman,Â  Eddy Julius and the Vice Chairman, Marlin Danlin over alleged anti-party activities.Â

The State Commissioner of Police, Asuquo Amba and the State Director of the DSS, Mr. Gideon Agbajeâ€ŽÂ  later personally visited the party secretariat andÂ  met with the Secretary of the Party, Alabo Martins.

Several heavily armed policemen and officials of Nigeriaâ€™s secret police were seen still mounting surveillance at the venue at the time of going to press yesterday evening.Â

Some of the party executive members loyal to Sylva led by Joseph Fafi, the youth leader,Â  Edison Sogwe and the Secretary, Martins were also in the secretariat during the security operation.Â

An ex-militant leader and loyalist of the purportedly suspended chairman, Africa Ukpariasia, aka, General Africa, was seen expressing anger over the presence ofÂ  loyalists ofÂ  Sylva around the party office.

Â Africa, who arrived at the barricaded party secretariat in the afternoon was prevented from driving into the premises in his black SUV by the security operatives.Â

He threatened to chase the Sylva loyalists out of the secretariat, saying” we will know who owns the Party.”

Â An APC member of the State House of Assembly, Sunny Igoliâ€Ž, who arrived at the party secretariat, later met with the members of the security team andÂ  addressed the party supporters.Â

” The party has concluded the non-elective congress and the process is at appeal stage. The key stakeholders have met and affirmed the authenticity of the decision of the party at the state level.

” Nobody should come to the secretariat until the National Working Committee issues a letter to whoever is going to act until a new congress is held to elect a substantive Chairman.â€Ž Everybody should go home and let us not make the secretariat a crisis venue,â€ he said.

He argued that whoever was chosen as the Acting Chairman wouldÂ  call for meetings and preside over the affairs of the party until a congress to elect new a leader. 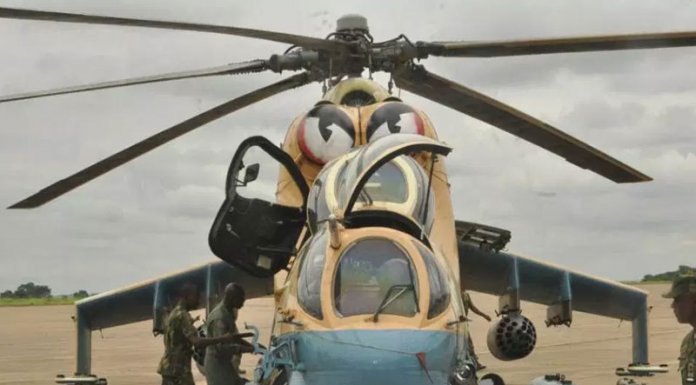