There is hardly any member of my generation who did not watch the controversial rape revenge movie of the eighties titled, â€˜I Spit on Your Graveâ€™. The first time I watched the movie, which in 2010 made TIME magazineâ€™s list of ten â€˜most ridiculously violentâ€™ movies of all times, I shed tears. But I also enjoyed the victimâ€™s revenge mission, even with all the brutality, because I believed that the men who so cruelly raped the female character deserved their gruesome end. Unfortunately, after exacting her revenge by violently eliminating the four men she believed raped her, the movie ended on a tragic note with the woman learning from the police that the real culprits had been caught!

I could not but remember that movie last weekend after watching a WhatsApp video clip of a man whose hands and legs were tied and suspended on a wood with a big stone strapped to his back dangling on a rope in a most gruesome act of torture one can ever imagine. I hope the man is guilty of rape as charged by a mob before the jungle justice was meted to him. That is because we live in a society where innocent people can easily be framed, as we saw with the four innocent University of Port Harcourt undergraduates whose murderers were sentenced to death on Monday.

However, it is also difficult to call for restraint when dealing with sexual violence in a society where rape is not only prevalent but has indeed become a metaphor for what ails us; a society where those in positions of power forcefully take what does not does belong to them. But lest I get ahead of myself, what we are dealing with today is the growing menace of sexual violence.

In her piece, â€œRape and the scars it leaves you withâ€, Pia Kahol argues that rape is more than an isolated event where a victim has been violated sexually by another person. Rape, according to her, â€œis a seed of trauma that shall unfold in the victim’s mind for the rest of her life. Rape permanently alters a person’s existence. Rape is much more than physical injuries left on the body. Rape leaves an indelible mental scar on the victim.â€

The real challenge in Nigeria is that even public institutions that should help fight the scourge are themselves culpable. In 2014, an Amnesty International report listed rape as one of the methods being used by the Nigerian Police to extract confession from female suspects. Even though the claim was disputed, some policemen have also been caught in rape cases, including those involving minors. Sadly, the military is no better. In February this year, an Abuja High Court sentenced to death a soldier, Lance Corporal Oge Etudo, after being convicted of raping to death a married woman identified as Binta Usman Kadede.

With the public reaction over the death in Lagos of a14-yr-old girl, victim of a gang-rape, Nigerians may finally be coming to terms with the menace of rape. The Junior Secondary School 3 student on holiday was said to be alone at home when some neighbourhood miscreants gained entry into her parentâ€™s apartment by jumping the fence at the back of the house. They took then turn to violently rape her. â€œWhen I asked her what happened, she said it was those boys she had told me about. We rushed her to the hospital, where she was confirmed dead,â€ explained her grieving mother.

While the police must apprehend those depraved men and bring them to justice, both the authorities and the society must work to curb this violation of the most demeaning kind that scars many of our women and girls for life. Meanwhile, reproduced below are excerpts from a piece earlier published on 22nd September 2011 on this same issue of rape in our country.

Done with their despicable act, the robbers left as the violated bride-to-be began to wail. But the mother, who was equally raped, told her to keep quiet: â€˜Why are you crying? You want to draw attention to yourself? Nothing happened! What did I say? I said nothing happened because your wedding must go on.â€™

The sad experience of this Lagos family is one of the several stories I have been regaled with in the last week as it would appear we actually have an epidemic of rape on our hands. But because the society has chosen to criminalise the victims, people are keeping quiet and so we can all take it that nothing is happening!

Last week, I wrote on the video clip circulating on the internet of a rape case involving a girl and five boys said to be undergraduates of the Abia State University. From the Abia state government to the federal government, the concern of all the top people I have spoken with in the last one week has been about the â€˜image of the countryâ€™. But what the officials donâ€™t realise is that our image will NOT be sullied because some irresponsible boys gang-raped a girl (since rape happens all over the world) but rather because of the impunity associated with the fact that they could do so and get away with it in our country.

The Kano State Police Command is, however, showing a worthy example in dealing with this crime. On Monday, they paraded two of the four men who allegedly gang-raped a youth corps member two weeks ago. The act was carried out in a classroom in a college (name withheld) where the lady is doing her primary assignment. The â€˜spokesmanâ€™ for the rapists named Garba said they ran into the building for shelter when it started raining on the fateful day when the lady in her 20s approached them to enquire why there were no activities in the school oblivious to the fact of workersâ€™ strike in the state.

Now, letâ€™s take the story from the suspectâ€™s mouth: â€˜â€™I relocated to the premises of the college with my friends when it started raining on that fateful day. While we were having fun, a lady suddenly approached us and was speaking a language none of us understood. I was moved by her beauty, and immediately drew out a sharp knife and in concert with others commandeered her into one of the classrooms, where we forced her to undress and gang-raped her before policemen on patrol apprehended two of us while two escaped.â€™â€™

The State Police Commissioner, Ibrahim Idris, (the current Inspector General of Police) declined to disclose the identity of the victim â€˜â€™to avoid stigmatisation,â€™â€™ pointing out that two other suspects were also apprehended by the police in connection with raping minors in the city. PC Idris and his men in Kano deserve commendation for their sense of responsibility and they have a lesson to teach their counterparts in Abia state where there have been several twists and turns in an unfortunate saga that will not go away. Yet what seems to have been established are that some Abia undergraduates indeed gang-raped a girl (who is said to be a food seller on their campus), recorded the sordid act and made it viral.

However, the parents are not willing to pursue the matter because, given the nature of our society, they will end up as losers. So the message coming from that end is: Nothing happened!
ENDNOTE: Apparently because of that disposition, it has become very easy for culprits to get away with one of the most heinous crimes that can be committed against an individual. Yet the casual expectation of zero retribution by rapists, according to Dr Phumzile Mlambo-Ngcuka, Undersecretary-General and Executive Director, UN Women, â€œillustrates not just an environment where violence against women and girls is treated as normal, but it also demonstrates a failure of the justice system.â€
We must find a way to deal with the problem.

My Picks of 2011 Verdicts
With no plan to compile my columns into a book in future, I have since last year been uploading â€˜The Verdictsâ€™ between year 1999 and 2007 on the web portal. Even though that task is not yet completed, today I am uploading eight picks from the 2011 series that speak to contemporary issues. The first is â€œThe Atiku Abubakar Formulaâ€¦1â€ where I did a disquisition of the former Vice Presidentâ€™s very first intervention on the idea of restructuring.

In â€œThe Atiku Abubakar Formulaâ€¦2â€, I based my intervention on a paper presented by former CBN Governor, Prof Chukwuma Soludo, who expanded on Atikuâ€™s 2010 campaign thesis: â€œA governor of a state can afford to squeeze the industries owned by his political opponents. He does not need the tax revenue from the company. As for jobs, he could literally create any number he wanted in so far as the rents flowed. In a sense, there is no incentive to be productive or to actively promote production.â€

In â€œWhere I Disagree With Youâ€, former Information Minister, Prof Sam Oyoivbaire, responded to my May 2011 Harvard paper,
https://programs.wcfia.harvard.edu/fellows/publications/divided-opposition-boon-african-incumbents. He argued that â€œThe dilemma of the power incumbents and the dialectics of the process in growing and developing the opposition should constitute the kernel of intellectual research and practical concerns.â€

The next offering, â€œLend Me One from Tomorrowâ€™sâ€ is a humourous reminder of what the American-based Nigeria writer and teacher, Dr Okey Ndibe said at his book reading last Friday in Abuja of the power of stories. And then, there is â€œIssues in Baba Suweâ€™s Travailsâ€ which X-rays how the comedian was detained for 21 days to watch his bowel movement for drug. â€œBecause He Was Involvedâ€ was a tribute to the late Dim Emeka Odumegwu-ojukwu, following his death; â€œA Slice of Jonathanâ€™s Breadâ€ speaks to leadership and â€œBut Where Shall We Occupyâ€ is about the state of our nation and the response from the streets. My conclusion: â€œâ€¦no one should be under any illusion about the state of our nation today: With many Nigerians at their tethersâ€™ end, when the masses of our people are frustrated enough to really â€˜Occupyâ€™, I hope someone is clever enough to understand that they are not likely to do so with Twitter and Facebook.â€

The eight recollections are on my web portal, olusegunadeniyi.com 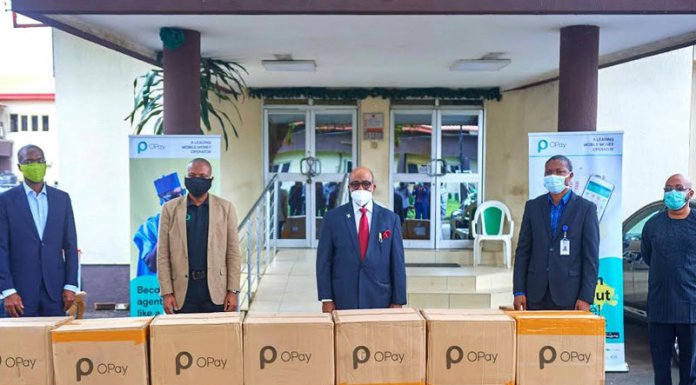