BUA Group, Virgin Mobile from the United Kingdom and Vodacom of South Africa and other investors have expressed interest in acquiring 9Mobile, Nigeriaâ€™s fourth largest telecoms company, THISDAY has gathered.

The telecoms company, which recently unveiled its new logo and brand identity as 9Mobile, is said to be open to new investor that is willing to invest heavily in the telecoms company in such a way that it will have the required amount of money to offset its $1.2 billion bank loan.

THISDAY authoritatively gathered that BUA Group, Virgin Mobile and Vodacom amongst other investors, have indicated their interests to invest in 9Mobile and fully acquire the telecoms company.

BUA Group and the two operators along with the others were already making plans to submit their memoranda of interest and technical presentations to a consortium of banks. The BUA Group were trying to put together a bid with itsÂ technical partners. The consortium of banks has appointed advisers, which include Standard Bank of South Africa and Citibank of New York to receive and evaluate bids.

Every bid will be reviewed before bringing them to the board of new directors.

A statement made by the CEO of 9Mobile, Mr. Boye Olusanya, during the media unveiling of the 9Mobile brand in Lagos last week, that the company is open to new investors, confirmed the situation that some investors had already indicated interest to invest in 9Mobile.

BUA Group is a fully-fledged, diversified business with a stake in a wide range of business sectors.

Virgin Mobile is part of the Virgin Group, founded by the maverick and successful UK entrepreneur, Richard Branson. THISDAY gathered that Virgin Mobileâ€™s bid is being promoted by a star-studded team of executives with many years of experience in the telecoms sector in Africa as well as other parts of the world. Several former top executives of MTN Nigeria are said to be behind this bid, which has offered to buy over Emerging Markets Telecommunications Services (EMTS), trading as 9Mobile, and absorb the balance of the $1.2 billion debt, which it owes the 13 financial institutions. It is also said to have outlined a repayment plan for this debt.

According to THISDAY source, Virgin Mobile’s plan is not just about repaying the debt owed by 9Mobile. It has also carefully outlined a financing strategy and a very ambitious network development strategy in which every cell-site will either be a third generation (3G) or a fourth generation (4G/LTE) cell site. Currently, majority of cell sites in Nigeria operated by the countryâ€™s pre-existing mobile networks, are second generation (2G) with a sprinkling of 3G sites.

THISDAY also gathered that South Africaâ€™s Vodacom is backed by some Nigerians that had at one time operated telecoms business in Nigeria at a small-scale level.

The industry stakeholders, who analysed the antecedents of the two telecoms operators interested in 9Mobile, said Vodacom did not bid for

the initial GSM licenses in 2001, for which MTN, its major rival at the time in South Africa, paid $285 million. MTN received plenty of flak globally at the time and its share price on the Johannesburg Stock Exchange fell, for what was perceived as an error of judgement in overpaying for a license in a supposedly poor country like Nigeria.

But the joke was soon on Vodacom as MTNâ€™s success story in Nigeria proved irresistible to a growing global audience. On the back of its incursion to Nigeria, MTN swiftly overtook Vodacom and became the leading telecoms company in Africa.

Vodacom, however, made a bid to return to Nigeria by acquiring the then V-Mobile in 2004. But like todayâ€™s circumstances with 9Mobile and Etisalat, the then technical partners, Econet Wireless had divested from the company leading to an opportunity for acquisition by new partners. Indeed V-Mobile had for a few weeks been re-named Vodacom at the time. Unfortunately a serious corporate governance breach that entailed the payment of fees without board approval truncated the deal and the board of Vodacom took a decision to exit the country.

The challenge for a potential investor, therefore, at this time in the life of 9Mobile with its over 20 million subscribers is the wherewithal â€“ the financial muscle as well as the technical expertise â€“ with which to turn the organisation into a profitable one in the shortest time possible.

Nigerians are not likely to forget the remarks that Vodacom made about Nigeria many years ago, when it refused to be part of the original bid for GSM licenses. Vodacomâ€™s second adventure in Nigeria, which was

aborted by corporate governance breaches may also be a burden, which the company will need to assure and reassure stakeholders especially regulators about.

Ultimately, however, the choice of any of the investors will rest on the management of 9Mobile with the guidance of the two regulators, the NCC and the Central Bank of Nigeria (CBN) that have interceded for the company all these while.

It is hoped that this choice will be guided by the potential of the partners to move the company forward, judging by the clarity of plans and the expertise of its promoters. 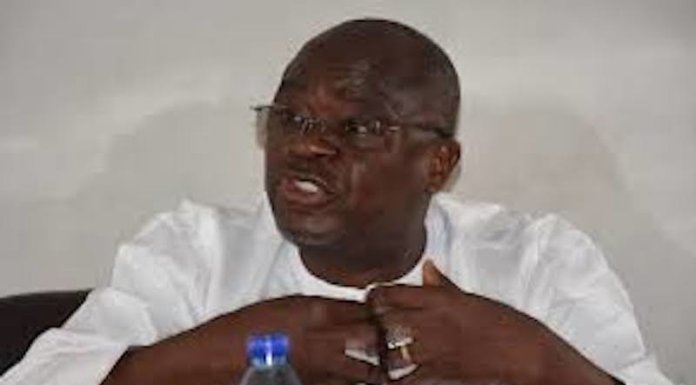