Last weekâ€™s reconstitution of an interim board for Etisalat, which many believe will end the debt crisis of the telecoms company, has brought confidence on the part of its shareholders and industry stakeholders, writesÂ Emma Okonji

The storm created by the debt crisis of Etisalat, which almost tore the telecoms company apart, may have been doused, following the reconstitution of an interim board last week.

The reconstitution of a new board became inevitable, in order to fill the lacuna created by the spree of resignation of all its former board members and some of its management staff, occasioned by the debt crisis, which lingered for several months.

Pleased with the reconstitution of the new board, its shareholders and industry stakeholders have made bold to task the new board to return Etisalat to profitability and reawaken customersâ€™ confidence, especially in the area of data service delivery.

Etisalat had in 2013 approached a consortium of 13 local banks for a loan of $1.2 billion for network upgrade and expansion. The money was sourced in dollar and naira denominations.

However, citing the economic downturn of 2015-2016 and naira devaluation, which negatively impacted on the dollar-denominated component of the loan, Etisalat wrote its creditors informing them of its intention to halt the repayment of the loan in installments, until such a time that it was able to raise more money.

Unsatisfied with the excuse from Etisalat, the banks threatened to take overÂ  operations of the telecoms company should it fail to meet its payment obligations.

The situation forced Etisalat to enter into negotiations with the banks, seeking write-offs, which the banks rejected.

But Etisalat, in a statement, had countered this information, stating that it had paid $500 million up till February 2017. It said the outstanding loan to the lenders stood at $227 million and N113 billion, a total of about $574 million of the naira portion is converted to US dollars.

At the peak of the debt crisis, one of its three core investors, Emirates Telecoms Group Company (Etisalat Group), pulled out of the shareholding structure and announced on the Abu Dhabi Stock Exchange in the United Arab Emirates (UAE), the transfer of 45 per cent of its stake and 25 per cent of its preference shares in Etisalat Nigeria, to United Capital Trustees Limited, the legal representative of the lending banks.

The other two core investors, Mubadala Development Company, which has 40 per cent stake and Emerging Markets Telecommunications Services (EMTS), representing the Nigerian shareholders, which has 15 per cent stake, remained committed to Etisalat Nigeria, despite its debt crisis.Â

But shortly after the pullout of Emirates Telecoms Group Company, all the former board members of Etisalat resigned their appointments, beginning with the resignation of the six Mubadala and Etisalat Group-appointed Non-executive Directors (NEDs), all nationals of the United Arab Emirates, and the resignation of its former chairman, Mr. Hakeem Belo-Osagie, who is a Nigerian.

How the Crisis was ResolvedÂ

After all attempts by the management of Etisalat to amicably resolve the matter failed, all its former board members decided to throw in their resignations, a move, which THISDAY gathered, was to pave way for the reconstitution of a new board, which some of the parties involved in the crisis, especially the banks, believe, was the best way to reach amicable resolution. In order to appease all stakeholders in the Etisalat crisis, they insisted that the appointment of members into the new board, must be done through slots. At the end, the Central Bank of Nigeria (CBN) was allotted one slot to bring the Chairman of the Board, the shareholders were allotted one slot to bring a Non-Executive Director (NED) and the banks were given three slots to bring the Managing Director/Chief Executive Officer as well as the Chief Financial Officer, and one NED.Â

Based on the slot arrangement, all parties were happy and agreed to resolve the imbroglio that rocked Etisalat for several months, and at the end of the day, a five-man board was put in place and the members, who are expected to work in an interim capacity, have since resumed work.Â

Members of the reconstituted board of Etisalat, include Dr. Joseph Nnanna, an economist and Deputy Governor of the Central Bank of Nigeria, as the new board chairman; Mr. Boye Olusanya, former Deputy Managing Director of Celtel, which now operates as Airtel Nigeria, as its Managing Director/Chief Executive; and Mrs. Funke Ighodaro as Chief Finance Officer. Others are Mr. Oluseyi Bickersteth as NED and Mr. Ken Igbokwe as NED.

Until their appointments, Nnanna was the Deputy Governor of CBN. He has three decades of post qualification professional experience. He attended William Paterson University in Wayne, New Jersey and University of Houston, in Houston Texas, USA from 1975-80, where he read Finance, Public Policy and Economics. He graduated with B.A, M.A and PhD diplomas.Â  He was appointed Deputy Governor (Financial System Stability) Central Bank of Nigeria on February 3, 2015.Â

Igbokwe, a Non-Executive Director of the new board, joined Price Waterhouse (PwC) in London in 1978 and moved to PwC Nigeria in 1988. He became the Country Business Executive Leader of PwC Nigeria and West Africa and was a member of the PwC Africa Executive Committee.

Ken holds a B.Sc. (Eng.) degree in Mechanical Engineering from Imperial College, London University, and over 36 yearsâ€™ experience in the provision of assurance, taxation, business advisory, and consulting services.Â

Ighodaro who was appointed Executive Director, Finance, until her appointment, was Chief Financial Officer of Tiger Brands Limited from 2011 to 2016. She held the position of Chief Financial Officer of Primedia (Pty) Ltd, from 2001 to 2011. Prior to 2001, she was Managing Director of a private equity firm, Kagiso Ventures Limited and Executive Director of its parent company, Kagiso Trust Investment Company.

Olusanya who was appointed Managing Director/CEO of Etisalat Nigeria, was Deputy Chief Executive Officer of Celtel, which now operates as Airtel Nigeria. He has handled high level responsibilities at Dangote Industries Limited where he served as Chief Business Transformation Officer responsible for management of all enterprise-wide projects in the Group. He was also MD at Dancom Technologies Limited with responsibility for managing all the telecom assets and the IT Infrastructure.Â

Reeling out the task before the Nnanna board, President, National Association of Telecoms Subscribers (NATCOMS), Chief Deolu Ogunbanjo, hailed the way and manner the crisis was resolved, but tasked the new board to do everything possible to return Etisalat to profitability. â€œEtisalat was once vibrant, especially in the area of data service offerings. So the new board has a task to return Etisalat to its vibrancy in order to maintain existing subscribers and attract new subscribers,â€ Ogunbanjo said.Â

Ogunbanjo, who was particularly interested in the data service offering of Etisalat, described it as the best service offering in the telecoms industry, but advised the new board members to look into the pricing, which he said, is slightly higher than the data pricing of otter telecoms operators.Â

The Chairman of the Association of Licensed Telecoms Operators of Nigeria (ALTON), Mr. Gbenga Adebayo, told THISDAY in Lagos that he was happy that the financial management crises within Etisalat had been resolved amicably in the interest of all stakeholders. Although he said it would be too early to ascertain the managerial capacities of the reconstituted board members, he however said ALTON had confidence in the managerial capacity of Olusanya as the newly appointed managing director and chief executive, based on his pedigree in the telecoms industry. Olusanya has a long and outstanding experience in the telecoms industry, having operated at the helm of affairs of Econet Wireless and Celtel that was later transformed to Airtel Nigeria.Â

â€œOur interest as an association is in the issue that has been resolved amicably in the interest of all stakeholders involved and we will continue to support the management of Etisalat and its new board members,â€ Adebayo said.Â

The President of the Association of Telecoms Companies of Nigeria (ATCON), Mr. Olusola Teniola, also welcomed the choice of Olusanya as the new CEO.

According to him, â€œBoye Olusanya is experienced in the telecoms industry, both as the Deputy Managing Director of Celtel and Managing Director of Dancom, a subsidiary of Dangote Group. He has knowledge of the fiber transmissionÂ  and mobile services segment of the industry and I strongly believe that he brings much transformative experience having spent the last few years in this area.Â

â€œATCON welcomes him back into the fold and very much look forward to his plans for the future of Etisalat post-transition and his perspective on the industry as a whole and a way forward with respect to the way and manner the industry structures capital that funds and supports the much needed network infrastructure rollout envisaged to continue to grow this industry.â€

Some shareholders, who spoke to THISDAY, called on the Nnanna reconstituted board to ensure blockage of all financial loopholes. Citing the recent accusation of the former CFO that allegedly diverted an estimated $700,000 realised from the sale of its telecommunications masts to IHS, a Nigerian towers and telecommunications infrastructure provider, instead of using the funds to repay the bank loan, the shareholders said the new board must do everything to end financial leakages of the telecoms company. If this is achieved, the company will have enough money to pay shareholdersâ€™ dividend, they said.Â

The Nigerian Communications Commission (NCC), the telecoms industry regulator, has equally supported the ongoing restructuring exercise in Etisalat, noting that Etisalat and its creditors have successfully reached an amicable resolution of key issues pertaining to its indebtedness, and that a smooth transitional process is currently ongoing on mutually agreed terms.Â Director, Public Affairs at NCC, Mr. Tony Ojobo, said: â€œThe Commission is confident that the amicable resolutions reached by the parties will further strengthen Etisalatâ€™s capacity to continue to provide services to its over 20 million customers and to fulfil its obligations to its other stakeholders.â€ 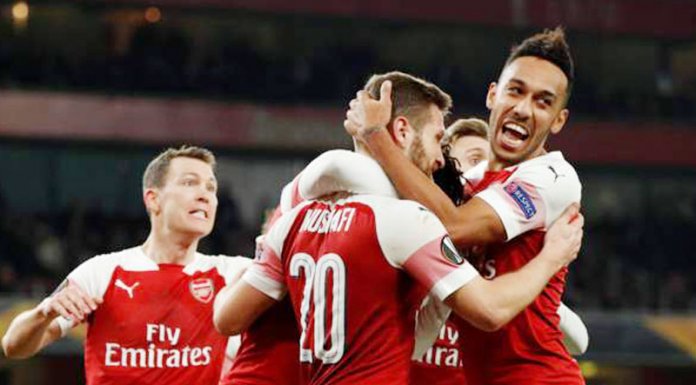