Party leaders in Lagos State knew the forthcoming Local Government election would generate tremendous interest. They knew the election would attract a large army of aspirants. This intense interest in participating in governance at the grassroots level should be understandable. Governor Akinwunmi Ambode had drastically opened up the state with massive developmental projects and infrastructure which have positively impacted businesses and government revenues. And the statistics are not unflattering. The Economic Confidential, an economic intelligence magazine in the country, in its recently-released Annual States Viability Index (ASVI) showed that 14 states are insolvent as their Internally Generated Revenues (IGR) in 2016 were far below 10% of their Federation Account Allocations (FAA) in the same year. According to the report, only six states, with Lagos at the top, are viable. The interesting thing, however, is the report further indicates that the IGR of Lagos State put at N302 billion is higher than that of 30 states combined, excluding Ogun, Rivers, Edo, Kwara and Delta states whose IGRs are very impressive at more than 30% each. The report also shows that only Lagos and Ogun states generated more revenue than their allocations from the Federation Account by 169% and 127% respectively. No other state has up to 100% of IGR to the federal allocation.

Pundits who put these figures of increased revenue generation in perspectives say the figures may have had its effect on the jostling for the Local Government election in the state. Going by these favourable IGR figures, they argue that it is not impossible that some local governments in Lagos could equate some states in terms of revenue generation. So by extension therefore, running for the chairmanship of such local governments in Lagos seem akin to running for the governorship of some states, hence the rat race for the chairmanship and councillorship positions. Indeed, the number of those who came forward to contest the LG poll is bewildering. Within the All Progressives Congress (APC) alone, a whooping 1,806 aspirants turned up to contest for the councillors in the 377 wards and 488 for the chairmanship in the 20 Local Government Areas and 37 Local Council Development Areas in the state. The Assistant Publicity Secretary of the APC in Lagos, Hon. Abiodun Salami, who unfolded the figures in a recent interview with an online newspaper, said the 1,806 persons officially obtained nomination forms (not expression of interest forms) for the councillorship positions in the 377 wards.

How does a party manage this humongous number of aspirants in a way to produce quality candidates to compliment the good work been done by Governor Ambode, and with little acrimony? And add to this the fact that winning the APC ticket is tantamount to winning the eventual election as the APC does not seem to have any effective opposition in the state. The APC leadership in the state knew it had to put on its thinking cap and fashion out an arrangement that would be democratic and at the same time throw up credible candidates who can make significant impact in the local councils, the closest arm of government to the people at the grassroots.

In its wisdom therefore, the party opted for a combination of direct and indirect primaries, the latter encompassing consensus arrangement. This was agreed upon at the Stakeholdersâ€™ Meeting in April at ACME Road, Ikeja Secretariat of the APC in a bid to stem the tension, bitter acrimony and untoward violence wholly direct primaries would have engendered. Indeed, the APC constitution provides for both direct and indirect primaries. It must be pointed out that the consensus approach and candidature through affirmation are key democratic processes. In areas where the consensus arrangement could not resolve the issue of candidature, direct primaries were arranged. The final ratification of the approved candidates who had emerged by consensus and direct primaries in a few contentious areas were then slated for Teslim Balogun Stadium in Surulere, Lagos on May 25. Ballot boxes and papers were put in place for the vote in respect of the few contentious areas. The process had gone far enough. The ratification of the large army of candidates who had emerged by consensus had been done, and election was being called for the few contentious areas when trouble broke out and the process could not proceed.

Since then, however, the multi-level conflict-resolution mechanism put in place by the party had virtually resolved the problem. Where there are still pockets of complaints, consultations and discussions and negotiations have been employed to deal with them and they are still ongoing. It should be borne in mind that no system is perfect and humanity has not come up with a model that is without its problems.

APC Deputy Spokesman Salami spoke further about the method put in place to resolve perceived problems. He said: â€œAfter the primaries, we have in place the Appeal Committee headed by a distinguished Lagosian, a former Deputy Governor of the state, who has so much at stake and who is known to be a man of integrity. There are still other mechanisms again to explore even if you are not satisfied with the Appeal Committee. We have the Executive Committee made up of representatives from each of the local governments that make the state. So if you have not exhausted all these avenues and you are out there protesting or saying all sorts of things, we donâ€™t pay attention.

â€œAs a party, we are so organised and would not allow anybody to coerce us. It is for you to sell yourself to us, convince us that this is why you want to serve the people not, force yourself on us. The stage of appeal has just wound up and the Executive Committee that have all it takes to handle the situation, having been running the party over the years at the state level. Expectedly, we at the Executive Level have a stake in the party and the state and we are looking at some of the complaints. For instance, I represent a local government, same with many others who are also state officers; even the state Chairman (Chief Ajomale) is representing a local government. Notwithstanding that, as a state chairman, if you bring a petition from his local government, we all look at it meritoriouslyâ€.

I have taken the pains to explain the electoral processes employed and the conflict-resolution mechanism put in place, which has virtually resolved all the contending issues, in order to expose the shenanigans of people like former Lagos Commissioner for The Environment, Mr. Muiz Banire, who claimed no primaries were conducted. As APC Legal Adviser, though he resigned from the office the other day, Banire is only been clever by half. The partyâ€™s constitution approves of both direct and indirect primaries. His vituperation is that of a man lost in the scheme of things in Lagos and now battling for relevance. He is simply out to confuse the unwary by giving the impression he is fighting for certain principles or for the people. Nothing can be farther from the truth.

Pray, where was Banire â€œthe custodian of the partyâ€™s constitution,â€ when the partyâ€™s governorship primary election was badly manipulated in Ondo or when the seemingly abhorrent was employed in Kogi in the name of candidate-replacement method?

Now, the custodian has suddenly woken up from his deep slumber. This is the same Banire who was a beneficiary of consensus and compromise through which he held sway as Special Adviser and Commissioner for 12 unbroken years.

The problem with Banire is he could hardly appreciate the huge burden on the shoulders of party leaders in ensuring equitable distribution of positions in the state. Imagine what may likely happen if every position and seat in Lagos is left to be the vagaries of election. Yet Banire who is crying wolf has never contested, talk less win an election in Lagos. He expects the grass to be greener at all time. When things do not go his way, all hell must let loose. Truth is Banire can hardly fight for anything altruistic. Itâ€™s all about juicy morsel, apologies to late Chinua Achebe. But not a few had known that his streak of providence was bound to run out and now that it has, Banire has suddenly become the aggrieved, fighting for the fabled oppressed. 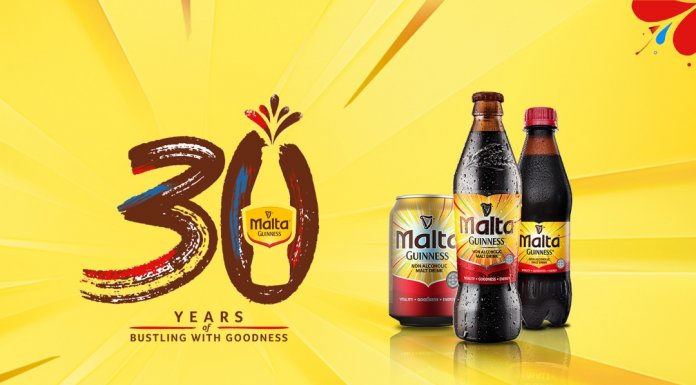 Recession and other Troubles

Anambra 2021: The Battle This Time