Governor Samuel Ortom of Benue State has given the Fulanis rearing cattle in the state till November to ranch their animals or leave the state peacefully.

The governor also stated that the Anti-Open grazing Act he recently signed into law would be enforced by all means, saying those who defy the law would be dealt with according to the Act.

Ortom stated these at the weekend while speaking with some journalists in Abuja.

â€˜â€™People must embrace ranching because it is a modern way of rearing cattle globally. I donâ€™t think Nigerians would want to be living in the forties when we are in 2017. I have given a transition period between now and November to allow people ranch their cattle,â€™â€™ he stated.

â€œIt is expected that those who want to stay in Benue to rear cattle must ranch, and if you cannot ranch, the law will catch up with you but those who will not ranch should exit the state peacefully.â€™â€™

The governor, who is currently battling with some criminally-minded Fulani cattle herdsmen in the state, added that his government was not at war with anyone, but following due process in order to fully implement the Act.

He said during this transition period, the state government would carry out enlightenment campaign to educate the people about the objective of the Act, adding that the law is not targeted against any individual or tribe but for the citizens to live peacefully.

He further stated: â€œWe must learn to obey the law because it is the only thing protecting us. The herdsmen or whoever that is interested in cattle rearing must be ready to obey the law. The law also stipulates the machinery to enforce this law.

â€œThere are going to be guards who will support the conventional security agencies and the vigilante group will also render support. At the moment, there is massive exit of those who feel they cannot ranch.

â€œI think that we are going to come hard on violators. The anti-grazing law was unanimously endorsed by the Benue people, the target is not Fulani men but the target is those who will violet the law by destroying peopleâ€™s farms.

â€œLike I keep saying, the land is no longer there as it used to be in the fifties because of population and other human activities. We have no land for open grazing and every land in Benue has been cultivated for agricultural purpose.â€™â€™

The governor added that the state government would provide land for all those who are willing to ranch after going through due process, make applications and get approval.

Also speaking on the recent launch of yam exportation by the federal government, he said the state, as a major producer of yam in the country, would capitalise on it to boost agricultural development.

â€œYam export is a welcome development because we were discouraged before now; we were operating at a loss because we did not know where to go and sell our yams. But with this new development, I assure you that no matter what quantity of yams that would be required, Benue State is ready to produce that,â€™â€™ the governor stated.

â€œBenue State contribute more than 46 per cent of the total yam production in Nigeria and we are ready to go up to 60 per cent. The capacity is there, the land is fertile and the manpower is there and this will create several opportunities for our youths especially the unemployed graduates.

â€˜â€™Recently the state university graduated 12,000 graduates and I was wondering where we shall send them. Along the value chain of yam export, those producing will be there, marketing will be there and several others. For us, we are ready and this issue of there is shortage of food, I want to assure Nigerians that it will not be.â€™â€™

On the issue of non-payment of salaries despite the release of bailout funds and Paris club claims, he said the bailout funds were used judiciously

â€œBecause of the screening process we undertook, we were able to save at the state level more than N1.5 billion and we were able to save this money and the records are there for anyone to cross-check; people were sent from Abuja to verify but Benue came clean,â€™â€™ he added.

â€œAt the local government, because of the screening, we paid four months and had a balance of N1.6b; but unfortunately, we wanted to apply it and settle council claims and some people who were staff of Taraku mills went and garnished the account and the case is still in court.

â€œBut nobody misapplied anything. Those spreading falsehood that we received over N100 billion are just causing distraction. My administration believes in due process and the fear of God; we are transparent and always ensure equity and fairness, and we are always accountable at all times. The leadership of the labour unions sit with us anytime we come back from the federation account.â€™â€™ 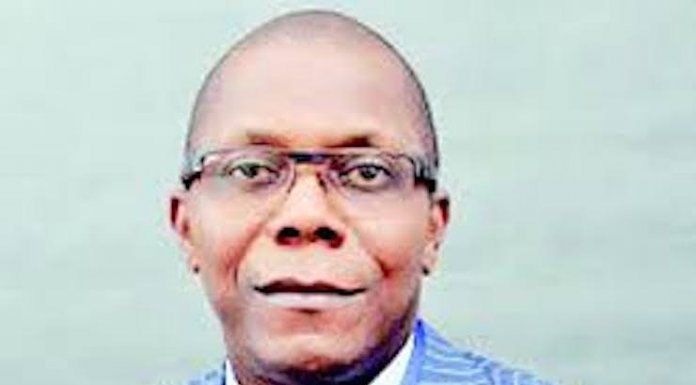