The crisis came to the fore recently when the political leader of Bakassi, Senator Florence Ita-Giwa raised the alarm that relief materials meant for distribution to the fire disaster victims at Atai Ema, Dayspring Island, that were donated by the National Commission for Refugees, Migrants and Internally Displaced Persons, had been diverted to homes of private persons, and sold in the open markets.

Ita-Giwa had urged the federal government, and the Cross River State Governor, Professor Ben Ayade to probe the distribution of the relief materials, which she alleged was handed over to the State Emergency Management Agency (SEMA), for distribution to the fire disaster victims.

Ita-Giwa’s call which appeared to have irked some interest within Bakassi attracted serious reaction from the CBI, whose members disagreed with her stance, and accused her of attempting to fraustrate the final resettlement of the displaced Bakassi population in Ekpri Ikang, in Akpabuyo Local Government Area of Cross River State.

Though the CBI have also called for a probe of the entire Bakassi resettlement programme, extracts from the text of a press conference they addressed on Tuesday contained clauses that their indignation with Ita-Giwa concerning her demand for the probe of the alleged diversion of the relief materials.

Addressing a press conference at the Bakassi resettlement camp in Ekri Ikang , early last week, the coalition said their call was hinged on the fact that since the establishment of the camp, which they described as the only authentic camp for the resettlement of the displaced population, all the relief material sent to them by the federal government , and international donor agencies have been diverted.

In a prepared text signed by the leader of the CBI , Mr. Austine Ibok, Mr. Ani Esin, Mr. Christopher Okokon, Mr. Gabriel Etim, and Chief Antigha Cobham, they said that their demand became necessary because of the fraud, they alleged, has characterised the entire Bakassi resettlement programme.

The text read by Ibok stated in part: â€œWe wish to put on record that the falsehood and fraud that had characterised the entire Bakassi resettlement programme is still being played out by the major actors in this present episode of the unending Bakassi resettlement drama.

â€œThe same persons that were signatories and active participants in the fraudulent ceding of our ancestral land using a very deceptive and surreptitious Green Tree Agreement that never sought the consent of our people are the main actors in this very annoying drama.

â€œWe condemn in its entirety any attempt by an individual or group to bring the name or office of our amiable and highly passionate governor, whose concern for our displaced brotherâ€™s plight has never been in doubt, into disrepute. The allegation that His Excellency and some political leaders diverted relief materials meant for our displaced brothers is to say the least degrading and seditious when we have seen His Excellencyâ€™s zeal for their wellbeing like that 5, 000 ADB funded housing estate under construction at Ikpa-Nkanya, the celebration of his birthday with kith and kin, regular visits with the international community and monthly releases of fund to the resettlement programme headed by Senator Ita-Giwa.

â€œAt this juncture while tanking the federal government for its usual prompt response to the plight of our dislaced brothers through the national commission for refugees, migrants and internally displaced persons, we are calling on the federal and Cross River State government, as well as the international community to institute a full scale inquiry into the Bakassi resettlement programme headed by Senator Florence Ita-Giwa, and its activities from inception till date.

The coalition said “a whole can of warms” awaits a proper full scale and independent probe of what they alleged was the fraudulent and criminally minded activities of some people concerning the Bakassi resettlement programme.

â€œThe Dayspring we know is part of the marshy fishing settlements in Calabar South council of the state and has been a fishing port of Ikang community and it is a seasonably inhabited with a population less than 1000 persons,â€ the CBI said on the issue of resettlement.

But the BSF, countered the CBI, accusing the group of being sponsored to work against the interest of the Bakassi people.
The BSF also accused the members of the coalition of engaging in a futile attempt to create an impression within members of public that Ita-Giwa was at war with Ayade.

At a press conference in Calabar, on Thursday, the forum stated that Ita-Giwa was not at loggerheads with Ayade over any political issue as she no ambition to seek any elective position in future.

Leader of the Bakassi Stakeholders Forum, Chief Austin Edet Okon, who read a prepared test at the event, said Ita-Giwa was only asking questions about the diversion of relief materials meant for the fire disaster victims of Atai Ema.

“For years, our kith and kin have been sleeping in an open school and suffering all kinds of deprivation, yet someone can just wake up one day because of peanuts they receive from certain quarters play politics with the lives of these refugees. God is watching,” Okon, who was flanked by many Bakassi people said.

The forum said the issue of identity of the Bakassi people in Dayspring was not in dispute because have since the 2011 General Election till date they have been voting in their various wards in Dayspring. “This remains our identity and is no negotiable,” the forum said.

Okon said the forum was in support of the probe of the call to probe all monies released, so far, by the Federal Government for the resettlement of the displaced people.

“From the workings of government, that all funds does not pass through any individual rather it passes through all her agencies, let all the agencies that are that are involved in one way or the other in the resettlement of Bakassi people come out and tell us that they gave all the billions we heard to Senator Florence Ita-Giwa. Let the whole can of worms be opened now. Enough is enough,” Okon said.

Okon said it was unnecessary for those the forum described as “a few disgruntled elements” to gang up in and attack “a highly respected women that has done so much for the people of Bakassi over the years”.

The forum said they are prepared to get to the roots of the diversion are of the relief materials so as to ensure justice for the Bakassi displaced people in Atai Ema in particular, and anywhere else.

Already the state House of Assembly has waded into the matter, and has instituted a probe of the distribution of the relief materials.

Ita-Giwa is expected to appear before the lawmakers on Wednesday to state what she knows about the relief materials that were allegedly diverted. 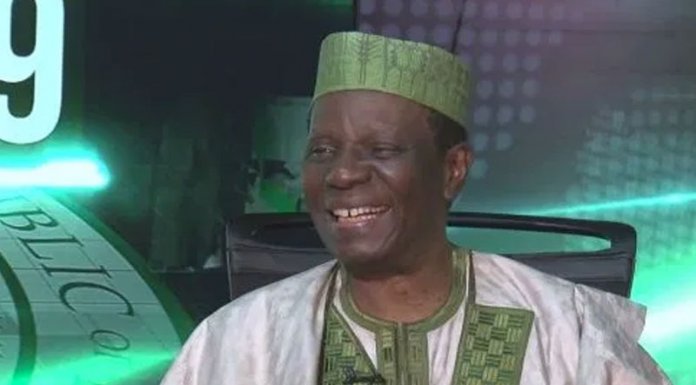