The lyrics of thanksgiving and praises to God were waxing higher and the mammoth crowd in a jubilant mood when Governor Ifeanyi Ugwuanyi of Enugu State arrived the popular Michael Okpara Square, Enugu, venue of the 2017 Democracy Day celebration. The occasion marked the second year anniversary of his administration.

The elated crowd was full of excitement, adoring God for His goodness and special blessings in Enugu State, made manifest through the governorâ€™s vision and commitment to the wellbeing of the people, especially, the most neglected residents in the rural areas. It was, indeed, a celebration of peace and good governance. The visibly happy people of the state, including well-wishers and supporters who trooped out in their numbers to grace the epoch-making ceremony, were overwhelmed by the governorâ€™s uncommon leadership style anchored on vision, peace, good governance, humility, inclusiveness, accessibility and respect for all. They were also pleased with him for committing Enugu State into the hands of God.

Arriving the colourful venue of the event with his wife, Mrs. Monica, Ugwuanyi clearly could not miss the high level of enthusiasm in the faces of the people who had assembled to welcome him. He did not stop at the conventional red carpet, where some dignitaries, such as the Deputy President of the Senate, Senator Ike Ekweremadu, the Deputy Governor, Mrs. Cecilia Ezeilo, the Speaker of the Enugu State House of Assembly, Rt. Hon. Edward Ubosi, the Chief Judge of the state, Hon. Justice Ngozi Emehelu, the Service Chiefs, former Governor and Deputy Governors, among others, had lined up to receive him. But the governor stopped at the entrance view of the pavilion from where he acknowledged cheers from the crowd, bcefore he approached the point where he was officially received by the dignitaries.

About 12:45pm, after the parade and other activities had taken place, Ugwuanyi mounted the podium to address the people of Enugu State. It was a cheering experience for the audience, especially those who were present at the governorâ€™s inauguration in 2015 and his one year anniversary in 2016, to hear the echo of his commanding voice, once again, as he first mentioned â€œNdi Enuguâ€.

His electrifying voice stirred wide excitement, signposting his level of popularity among the people of the state. The spontaneous reaction from the crowd equally indicated clearly that the governor has not taken the people of the state for granted and that the people in return appreciate his unprecedented achievements in the state, in spite of the daunting economic challenges in the country. In his address, Ugwuanyi first, appreciated God for His mercies and kindness. He promised to continue with his vision to provide good governance and the basic needs of the masses in order to â€œbuild the Enugu State of our dreamsâ€.

He thanked the people of Enugu State for their support, solidarity and prayers and also promised that his administration will continue to run an open and accountable government and work assiduously towards the realisation of the dreams of the stateâ€™s founding fathers.

â€œRecall that on the first anniversary of this administration in 2016, we committed Enugu State in the hands of God. To the glory of God, Enugu has remained secure in the hands of God ever since. So, today is above all, a day of thanksgiving to the God of Abraham, the God of Isaac, the God of Jacob, and indeed the awesome God of David,â€, Ugwuanyi stated.

Ugwuanyi had during the thanksgiving mass held the previous day to commemorate the 2017 Democracy Day called on Nigerians to offer special prayers for the healing power of God to visit President Muhammadu Buhari and restore his health to enable him continue to work for the unity and good governance of the country. In the address, he congratulated Buhari and the Acting President, Professor Yemi Osinbajo, and members of the Federal Executive Council for not only ensuring that â€œthe flame of democracy handed to them is sustained, but have also been very supportive of our state in many waysâ€.

The governor equally thanked other arms of government, including his fellow governors, for their efforts towards the sustenance of the countryâ€™s democracy, good governance, and development.

On the prevailing peace in the state, Ugwuanyi said he was happy to acknowledge that two years into this administration, Enugu State had emerged as one big, united family and widely described as â€œthe citadel of peace and harmonyâ€.

The governor appreciated all the past and present leaders and political office holders in the state for their support and cooperation, adding that his administration has also benefited immensely from the foundations laid by the founding fathers, such as late Chief C.C Onoh, among others.

To the generality of Enugu people, the governor said he was â€œthrilled by the prayers, unparalleled support and unflinching commitment given to us by every Wawa man and woman, including our brothers and sisters in the Diaspora, in our drive to build the Enugu State of our dreams.â€

He stated, â€œI am here today to reaffirm my promises to you and reassure you that this administration will continue to work for the common good of our people. Recall that on this day in 2015, I sincerely acknowledged the fast depleting revenue profile of the state owing to the slump in oil price and low internally generated revenue. Back then, I had assured you that I believed in the miracle of five loaves and two fish; and that I and my team would harness and apply every available resource with utmost transparency, honesty, prudence, and equity to the benefit of the ordinary man.â€

Highlighting some of his administrationâ€™s achievements, Ugwuanyi said Enugu State had remained among the top-ranked states in the payment of workersâ€™ salaries. He promised that the government will continue to pay workersâ€™ salaries and pensions on the 25th of every month in recognition of the fact that the civil service is the fulcrum and engine room of governance.

On security, Ugwuanyi said Enugu State was peaceful and secure and was still adjudged one of the safest states in the country. He said the government had revitalised the Neighbourhood Association and recently launched the Enugu State Security Trust Fund, â€œto galvanise resources and provide the enablers that will ensure that our Neighbourhood Watch are equipped to effectively complement the efforts of the Nigerian security agencies.â€

On infrastructure, rural development and local government reform,. Ugwuanyi said that his administration had only a few days before simultaneously commissioned 26 development projects it executed across the 17 local government areas. He said they were among the 35 grassroots projects commenced in October 2016 to open up the rural areas and catalyse socio-economic growth.

He said that the government had initiated a N10 million per community programme, tagged â€œone autonomous community one projectâ€, to further take development to the rural areas, promising that the forthcoming local government elections in the state would be the most transparent in recent history. Ugwuanyi added, â€œOur drive for investments has been yielding desired dividends with the influx of both foreign and local businesses. Among the latest is Air Peace, which recently decided to build an aircraft hangar in Enugu while also making the state its regional hub for local and international flight operations. It was also within this period that a historic international cargo flight touched down at the Enugu airport, significantly pointing to the readiness of the state and its people for big business. We also performed the ground breaking ceremony for the ENPOWER Free Trade Zone, which was licensed by the Federal Government in December 2015. These are great indicators that Enugu State is the hub of business activities in the South East region.â€

Ugwuanyi also highlighted major feats recorded in other spheres of development, such as agriculture, health, education, and economic empowerment. He ended his address by reassuring the people that his administration will continue its effort â€œto build a peaceful and prosperous state driven by the true spirit of brotherhood,â€ which is noble dream of the stateâ€™s forefathers.
â€“â€“Amoke writes from Enugu . 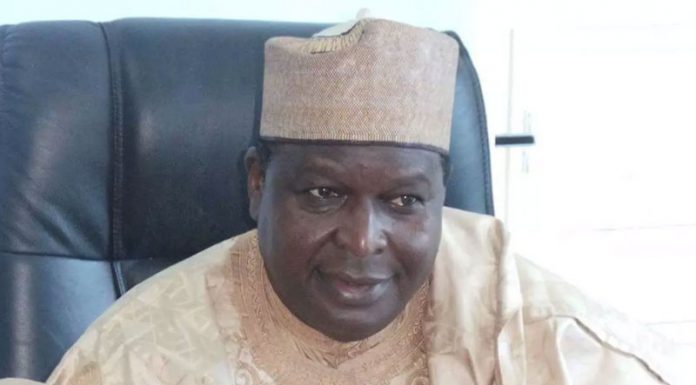