Sefi Atta is, in person, shy and almost diffident. She doesnâ€™t talk much and seems intent on keeping interactions and conversations to the barest minimum. This is, of course, with people she doesnâ€™t know. Once well acquainted she can be chatty and funny especially in a self-deprecating manner. But you wouldnâ€™t know it from reading dialogues in her novels or watching characters banter in her plays. On Sunday May 7,Â  Sefi Atta, author of the critically acclaimed Everything Good Will Come and an accomplished playwright will launch her first book of plays – SefiÂ Atta: Selected Plays. In the lead up to the launch, Sefi Atta who is fascinated by Lagos, answered a few questions from Toni Kan.

Toni Kan: Seven out of the eight plays in this book are set in Lagos? Why Lagos and what place does Lagos occupy in your imagination and world view?

Sefi Atta: I begin my novels, short stories and plays in Lagos settings before I venture to other parts of the world, and that parallels my own journey. I was born and raised in Lagos and lived in England for a while before I moved to the United States. Lagos continues to be the seat of my imagination and where my primary audience is based. It is where I can speak directly to that audience. I intend to write plays set in England and the United States, which will come in time.

TK: Your plays seem to eschew spectacle for minimalism. They are usually set in one or two locales and the characters rarely ever exceed 10. Why is this and does it have to do with the accountantâ€™s predilection for saving costs?

SA: Actually, my plays would not be considered minimalist overseas. When I think of minimalist theatre, Beckettâ€™s work comes to mind. It is true, though, that I use fewer settings and characters compared to recent productions Iâ€™ve seen in Lagos â€“ a deliberate artistic choice, in the interest of intensity. The dramatic scope and significance lie in the ideas, issues, situations and relationships, which are best served by focused dialogue and development, not distractingly large-scale spectacle. Besides, if I have a character that represents a point of view, why have another? Why have a host of characters on stage when I can have one that speaks for all of them? It is also true that Iâ€™m practical and cost-conscious when I produce my plays and that may be because of my accountancy training. I see a lot of waste in the arts in Lagos and it shocks me because itâ€™s not easy to raise funds there. A small budget, well managed, can still deliver high-impact art.

TK: Your plays are big on family, how they interact, the secrets they inhabit and how they unravel especially in â€˜Last Standâ€™? What does family mean to you as a person, a playwright and a woman?

SA: Iâ€™m all three and canâ€™t separate one from another. What I will say is this: Nigerians are no strangers to family drama and melodrama, so itâ€™s no surprise that my plays tend to be about family conflict. The term â€œfamilyâ€ is deceptive, though. I write from the premise that the personal is political.

TK: I know you are a happily married woman with a supportive spouse, yet the women who people your plays except for Simi in â€˜Absent Timesâ€™ seem to hate their spouses and loathe marriage. They also have a cynical view of the institution. Letâ€™s look at â€˜Absent Timesâ€™ and â€˜Renovation.â€™

SA: My plays explore the realities and complexities of marriage. Iâ€™m celebrating my twenty-fifth wedding anniversary this April, but I havenâ€™t written about myself in this collection. Iâ€™ve written about other Nigerians, so if women are cynical about marriage, they and their cynicism will show up in my plays.

TK: Reading â€˜Renovationâ€™, I could recall conversations we had, and even real lines you used? Do these plays represent elements of your life or do you mine life for lines and scenarios?

SA: I listen and observe, and I am sensitive to what happens around me. I take in stories and make them mine, then I share them. If a character in my play uses a line, such as the one youâ€™re referring to â€“ â€œDid you give her face?â€ â€“ that is not an idiom I invented. Women my age would use it and Yemisi, the character I wrote about in Renovation, happens to be my age. Itâ€™s tempting to look for me in my plays, but they are not autobiographical in the ways that people imagine. None of my stories are. Readers â€“ and reviewers â€“ think Iâ€™m Enitan, in Everything Good Will Come, or Deola, in A Bit of Difference. I get told off for their views and decisions. A friend of mine actually told me she flung Everything Good on the floor because Enitanâ€™s voice sounded so much like mine. Another friend said I was copying life. I wanted to tell her that copying â€“ or representing â€“ life is what writing is about, but I figured she ought to know that as an English literature graduate. If she knew personally the Nigerian writers sheâ€™d studied in university, and witnessed their process first-hand, sheâ€™d probably find they used their experiences or wrote in their voices.

TK: Class and the consciousness of class is a recurrent element in your plays. Is this from experience and what does it all mean?

SA: Youâ€™re quite right that they are recurrent elements in my plays, but youâ€™d have to ask Nigerians why we are so class-conscious and what it all means. Iâ€™m just trying to hold the proverbial mirror up to society.

TK: Your plays seem to always address the generational problem from characterization to subject matter. How important is this to you? Letâ€™s consider â€˜Last Stand,â€™ â€˜Absent Timesâ€™ and â€˜Lengths to which we go.â€™

SA: Intergenerational conflict is another source of drama and melodrama for Nigerians and Iâ€™m simply commenting on changes Iâ€™ve witnessed as weâ€™ve shifted from a colonised culture to a globalised one. For instance, I come from a generation of Nigerians who were taught to respect their elders. Yet weâ€™ve managed to raise a generation of Nigerians who donâ€™t always pay attention to manners. I get emails from younger writers saying, â€œHi Sefiâ€. These are twenty-year-olds who havenâ€™t met me and theyâ€™re asking me to read their works. I reply addressing them formally and they still write back saying, â€œHi Sefiâ€. I blame the banking industry for that. The new banks changed Nigerian culture by promoting a first-name-basis protocol. But thatâ€™s globalisation for you. I never thought Iâ€™d be the old fogey saying, â€œIn my day,â€ but here I am. 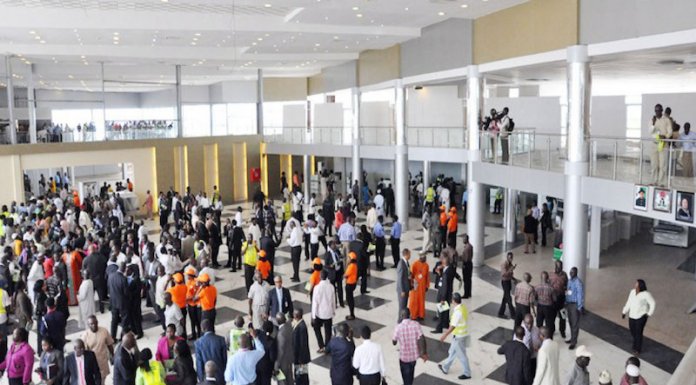