If the Yemi Osinbajo-led panel probing the allegations of financial impropriety against the suspended Secretary to the Government of the Federation (SGF), Mr. Babachir David Lawal, indicts him, either the former Edo State governor, Adams Oshiomhole, or former Deputy Senate Minority Leader, Senator Olorunnimbe Mamora, may clinch the top-ranking cabinet post, THISDAY has learnt.

Both men are said to be on a shortlist that is currently before President Muhammadu Buhari, as the Osinbajo panel kicks off the investigation into the management of funds meant for humanitarian assistance in the North-east.
Lawal and the Director General of the National Intelligence Agency (NIA), Ambassador Ayo Oke, were sent home by Buhari last week over their respective involvement in the alleged mismanagement of the funds allocated to the Presidential Initiative on the North-east (PINE) and the discovery of N13.3 billion in an apartment in Ikoyi, Lagos, penultimate week.
The president also set up a panel headed by Vice-President Osinbajo, with the National Security Adviser (NSA), Maj.-Gen. Babagana Monguno (rtd), and the Attorney General of the Federation (AGF), Mr. Abubakar Malami (SAN), as members to probe the suspended officials.
However, before the panel concludes its findings and submits its reports, THISDAY learnt from sources in the presidency that a shortlist was already being considered for Lawal’s replacement in the event of his indictment.
Lawal, who oversaw the management of PINE in his capacity as SGF, was alleged to have awarded a N220 million tree-cutting contract to his company, Rholavision Engineering Limited, in contravention of public sector rules barring government officials from awarding contracts to companies in which they have an interest.
Given the damning evidence against him, the thinking is that Lawal may not survive the probe, hence the decision to send a shortlist of possible replacements for the post of SGF.
Speaking on the development, a reliable presidency source said: “The general belief is that Babachir Lawal may not survive the findings of the probe panel, so a shortlist has been drawn up.
“Two names featured prominently on the list. They are Adams Oshiomhole and Olorunnimbe Mamora.”
The source recalled that Buhari had on the expiration of the tenure of Oshiomhole in November last year, told the former labour leader that he deserved a federal appointment, having in his estimation done well as a two-term governor of Edo State.
Although no one knew what the president actually had in mind when he made the remark, it was later believed that Oshiomhole might have been pencilled down as a possible replacement for the incumbent National Chairman of the All Progressives Congress (APC), since the office had been zoned to the South-south, the source volunteered.
But with the suspension of Lawal and inability of the APC to hold its national convention due to financial constraints, the presidency source said Oshiomhole has been listed as one of the candidates being considered as SGF.
About two weeks before Lawal’s suspension, Oshiomhole was sighted in the Presidential Villa where he had visited Buhari and held a closed-door meeting with him.
Although the purpose of the meeting was not made public, sources believed that it might not be unconnected with the consideration of the former governor for an appointment.
On the other hand, THISDAY also learnt that some officials in both the cabinet and presidency are pushing for Mamora for the job.
Mamora was recently dropped as a non-career ambassadorial nominee.
Those pushing for Mamora, it was learnt, were said to have held the position that the former Speaker of the Lagos State House of Assembly and two-term senator, was the most marginalised among those who worked assiduously for Buhari’s victory at the 2015 polls.
A reliable source told THISDAY that the wife of the president, Mrs. Aisha Buhari, is one of those who have been unhappy that Mamora, who was the Deputy Director-General of the Buhari Campaign Organisation during the electioneering, has been left out in the cold since Buhari assumed office almost two years ago.
The presidency source said when Mrs. Buhari came out openly last year to express displeasure that some individuals who worked diligently for her husband’s election victory had been abandoned while those who were not part of the campaign had been rewarded with appointments, Mamora was actually top on the list of those she was referring to.
It was also learnt that some government officials favourably disposed to Mamora had met with Buhari before he travelled for his medical vacation on January 19 and strongly made a case for the former senator.
It was also learnt that the meeting with the president had led to his decision to remove Mamora’s name from the list of non-career ambassadorial nominees, because the thinking was that the former lawmaker deserved a better appointment.
Their argument, it was learnt, was that having waited for over one and a half years then, sending him out of his base would not be helpful for his political future.
THISDAY was also informed that those making the case for Mamora were of the view that if he had waited for almost two years while his counterparts who jointly worked with him for Buhari’s victory, he deserved nothing less that the SGF’s office.
The argument of those pushing for Mamora is predicated on the maxim that the patient dog eats the fattest bone.
Other than Oshiomhole and Mamora, THISDAY also learnt at the weekend that the Permanent Secretary in the Office of the Secretary to the Government of the Federation (OSGF), Dr. Habitat Lawal, who is presently the acting SGF, appears to be scheming to ensure that she is made the substantive SGF despite being a career civil servant.
But those privy to her ambition have said her chances of clinching the job are very slim because she is a civil servant and the post of SGF over time has been made a political appointment.

Meanwhile, THISDAY has also gathered that former President Goodluck Jonathan may not succumb to pressure to speak on the N13.3 billion recovered from the Ikoyi apartment, despite mounting calls from some quarters for the ex-president to comment on the shocking discovery which is now being investigated by the panel led by Osinbajo.
A close associate of the former president, who spoke to THISDAY off the record because he was not mandated by the former president to speak on his behalf, stated that it was wrong for people to expect Jonathan to speak openly on security approvals and operations under his administration.
The president’s associate who claimed to have met with Jonathan, who according to him, has just returned from an international engagement, maintained that the standard thing to do was to request concerned intelligence chiefs to offer professional clarifications when necessary.
Prodded to comment on whether Jonathan approved the money, which is now being claimed by the NIA, the source maintained that the ex-president made legitimate approvals for the nation’s security and intelligence agencies in his capacity as president, adding that the ongoing investigations would prove that Jonathan did the right thing.
He further rejected suggestions that the recovered money may have been kept for election purposes by the former administration, stressing that it would be unreasonable for anybody to insinuate that NIA bosses would still be keeping money for Jonathan, two years after the former president left office.
He said: “Nigerians should be careful not to let their emotions get the better of them in order not to destroy the integrity of the nation’s respected institutions, especially the Office of the President.
“It is worrying the way the media is sensationalising the issue of the funds recovered in a Lagos flat, with reference to the immediate past president, Dr. Goodluck Jonathan.
“From a section of the media we have seen a baseless desperation to link the former president with the money, generate negative headlines and swing public opinion, in line with preconceived objectives.
“From that quarter also is a strident and dramatised call for ex-President Jonathan to openly discuss details of security approvals and operations, even when a presidential panel is already investigating the matter.
“There is nowhere in the world where former or serving presidents are challenged daily to speak on covert activities of elite intelligence agencies, especially where concerned intelligence chiefs are on hand to offer professional clarifications.”
He added that while investigations are ongoing, “those sold on spinning imaginary tales have been vainly striving to sell to the public an orchestrated narrative that the fund which we are told belong to the NIA, was set aside for 2015 general election”.
“Obviously, this unsubstantiated calculation holds no water because it does not make sense to claim that the NIA chiefs who are now under a new boss would still be warehousing money for 2015 polls long after the elections, and two years after the former president has handed over to his successor.
“We should not forget that former President Jonathan stayed on as president for two months after the 2015 presidential election before handing over power to his successor, President Muhammadu Buhari, on May 29, 2015.
“Have the authors of this false narrative wondered why Jonathan did not use the opportunity of those last days in office to help himself to the recovered money, if indeed it was stashed on his orders, as is now being strangely claimed in some quarters?
“As Nigerians who wish the best for our dear country, it behoves all of us to remain truly committed to the efforts towards rebuilding the nation.
“Those who pour all their energies into spreading falsehood and promoting unhelpful lynch plots are only hurting the process,” Jonathan’s associate said.
When contacted, Jonathan’s spokesman, Mr. Ikechukwu Eze, confirmed that the ex-president has just returned from a foreign trip.
Eze, however, refused to make any comments on the story, stressing that he was yet to meet and discuss with his boss since his return. 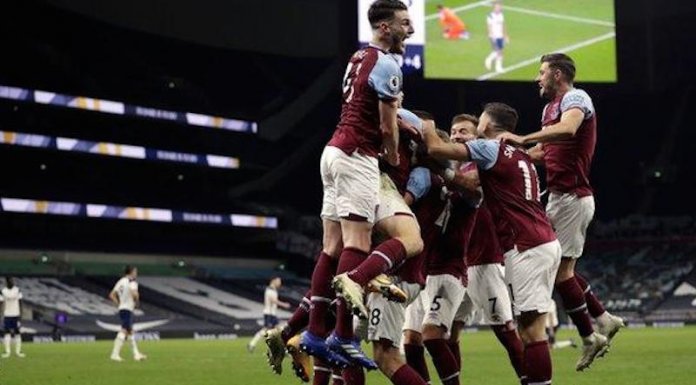