Home Life & Style Arojah Unveils Multi-million Naira Studio in Lagos
Share
WhatsApp
Facebook
Twitter
Email
Google+
Pinterest
Linkedin
ReddIt
Print
Tumblr
Telegram
StumbleUpon
VK
Digg
LINE
Viber
Mary Ekah
A multi-million naira recording workshop, Arojah Audio Visual Digital Studio, was recently unveiled in Lagos. The studio, according to its initiator, Apostle Rev. Samson Albert popularly called Arojah, apart from being highly commercial, is also established to encourage extremely talented artistes, especially in gospel music by recording their works for free of charge.
Located on Agboyi Road, Alapere, Ketu, Lagos, Albert who is also the Primate and Spiritual Head of St. Peters Cherubim and Seraphim Band, Alapere, said the studio is a personal project and has nothing to do with the church. “It is a personal project and that is why I called it Arojah Studio, the church has nothing to do with it. It is commercial and it is opened to all genres of songs.
Surprisingly, the studio, the clergy said was opened to all genres of music, including artistes who are Muslims, adding however that, “We are not producing these songs but we are only recording them for the artistes. There is a wide difference between producing and recording. You can only vet a song when you produce it but when it is just to record a song for an artist, you have nothing to do with what he has cone to record in the studio. But if I want to produce someone’ work, I will definitely vet his/her limits in such a way that whatever art work I produce must be capable of impacting positively on the society at large. I won’t just produce anyone just for the money. If you do not have a message that would influence the public positively, I will not get involved but will be completely involved to ensure that the lyric is capable of impacting positively on the society with a positive message for the youths and the nation at large,” the cleric noted further.
Speaking on what in the first place informed his decision to come up with a recording studio, he said, “First I composed a lot of songs and I love songs so much but considering my position as a spiritual head of a church, I do not have the time to be going out here and there to record because I might be busy to even go there so I said it to myself, why don’t I just put up a recording studio within my reach. After establishing one, which turned out to be state-of-the-art studio, with an engineer and managing mounting it, I felt that I cannot just keep this capital intensive studio just to myself and so I decided to make it commercial where other artistes can also come and do the recording of their work.”
Albert who on the same day also launched the volume 2 of his ‘Arojah Hymnal’, spoke on the target audience for the hymnal. “The hymnal is like when God gives someone the inspiration to write the Bible. So just like the Bible, God gave me the inspiration to compose the hymns and I am proud of them because they are so inspiring and are meant for everyone who is spiritually oriented and deep.
Speaking further she said, “I have a mission, God sent me on a mission to the world with these hymns. And any one, who reads the hymns and has spiritual insight, will know that it is God speaking in those lines of hymns.
Albert who said he wasn’t aware of the magnitude of what God had asked him to do by inspiring him to write the hymnals, noted, “It was when I published the volume 1 of the hymnal and people started commenting on it that I actually knew the power in those hymns that I had composed.”
“Before the hymns were published, I was just writing them with so much ease that they meant nothing to me but by the time I began to get encouraging comments from people of how the hymns have been able to touch their lives, that gave me so much encouragement and then I was convinced that yes, indeed, this is a mission from God. I cherish the songs I have composed and I am still composing more as inspired by God,” he said.
Albert said he has 412 songs printed in all, revealing that 308 out of this whole number, took him more than a decade to put together while the rest of the songs took him just one year to compile.  “When the songs started coming, I didn’t take cognisance of them and so I was careless about the songs I composed and so most of them got lost in the process. But when I eventually compiled them and people embraced it with so much interest, I was encouraged and so it didn’t take time before I compiled the next batch of songs and now I am determined that I am going to achieve anther 100 hymns in three months and the three months ends soon and now I have complied 95 songs.”
He advised young talented artistes to discover their calling first and then think of a way to use their talents to impress God first before they think of money. In that way, he said God would honour them in a great way both financially and otherwise. 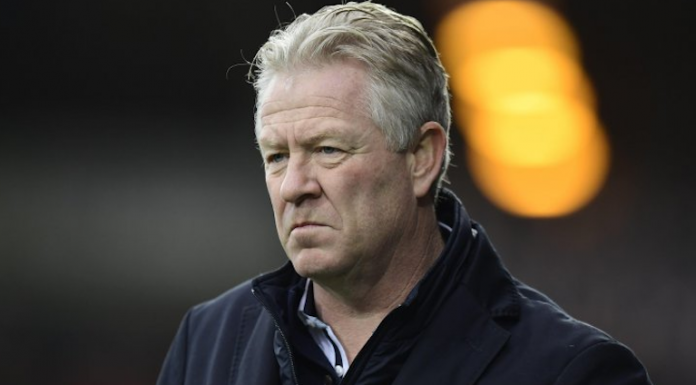 JUST TELL ME THE TRUTH