Ekiti State Governor, Mr. Ayodele Fayose, has allayed the fears that the current crisis rocking his party, the Peoples Democratic Party (PDP), will affect the chances of its candidate in next year’s governorship election in the state.

This is just as the governor said Senator Ali Modi Sheriff and his group would never be able to inherit the PDP illegally.

However, an Ekiti State-based socio-political pressure group, The True Face of Ekiti (TTFE), has promised to liaise with the two major parties in the state, the PDP and the All Progressives Congress (APC) to ensure that credible people emerged as the governorship candidates during the 2018 governorship poll.

The group, with over 200 members lamented the decadence in the moral and ethical values of Ekiti people, saying most of the bad leaders being produced in the country came into being through alleged compromise of political parties, who fondly fielded charlatans as candidates.

In a statement yesterday by the governor’s Chief Press Secretary, Mr. Idowu Adelusi, the governor, who is also the Chairman, PDP Governors’ Forum, appealed to PDP members across the country not to be moved by Friday’s judgment by the Court of Appeal, Port Harcourt, Rivers State, adding that the Supreme Court would take another look at the matter.

Fayose described Sheriff’s Friday’s victory as one that would not last, saying whoever celebrated it only celebrated nonsense.

“Sheriff and his gang are only day dreaming. On our side are the governors, members of the Board of Trustees (BoT), the National Assembly caucus, former public office holders, party supporters in the grassroots. If they think they can inherit the party illegally, that is a pipe dream. Those planning to invade the PDP secretariat here

should be warned. They must not toy with fire.

“I received a lot of calls from people over Friday’s judgment and the possibility of the development affecting our candidate here in 2018 poll. I want to assure you all that what they did in Edo and Ondo States cannot happen here. We are still under the leadership of the Senator Ahmed Markafi-led National Caretaker Committee and we are taking the matter to the Supreme Court.

“Remember that when we got a judgment from the Federal High Court in Port Harcourt declaring Sheriff’s claim to the leadership of the party illegal, null and void, Sheriff and his group were still going about parading themselves as leaders of the party.

“This is because they know that the judgment of the high court is not the last on the matter. So also the appellate court judgment of Friday is not the final on the issue. The Supreme Court is there and is the apex court in the country and we are taking the matter there.

“As for the chances of our candidate in next year’s poll. God is giving us an expected end and that is victory over the All

Speaking while unveiling the group in Ado Ekiti yeserday, the convener and Chief Operating Officer of the non-governmental oganisation, Mr. Tosin Jegede, pointed out that the electorate were often times left with no option than to choose among the worst candidates flying the parties flag.

Jegede vowed that the group would fight assiduously to reawakening the political consciousness of the people by sensitising the grassroots level on how to prevent the politicians from taking advantage of the poverty in the system to foster bad governance.

“This often contributes to our woes as a people. Charlatans and those who have no respect for Ekiti’s core values of dignity, self-respect and hardwork always came out to become leaders, the 2018 election will be different.

“We will complement the parties in decision-making process before the primaries by engaging the aspirants and ensuring that those with the right passion to develop Ekiti are endorsed by this group for Ekiti electorate.”

editor - December 1, 2020 3:19 am
4
BY REUBEN ABATI On Saturday, November 28, about 43 farmers who had gone to their farms during the current harvest season were attacked by Boko... 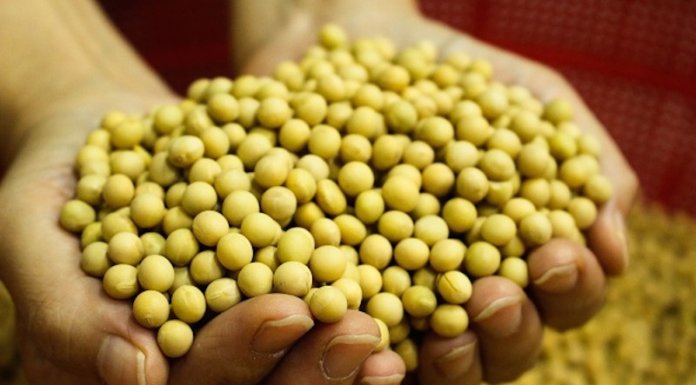