The Central Bank of Nigeria (CBN) has been consistently criticised for the manner in which it has managed Nigeria’s foreign exchange (forex) market.  One of the complaints is the directive by the CBN to commercial banks to allocate 60% of their forex sales to the manufacturing sector and at the rate advised by the CBN.  The second major complaint is that the CBN has refused to allow a complete float of the exchange rate, by dictating to the banks (and bureau de change (BDC) operators) the rates at which they may deal.  By these actions, the CBN has been accused of causing distortions in the forex market, and these distortions have either further caused, or have manifested in, the reduced supply of forex to the “official” market, the existence of multiple exchange rates, and the wide gap between the “official” exchange rates and prevailing exchange rates in the “parallel market” and “black market”.

I will however quickly add that whilst I understand the concept of a “black market” in which illegal forex transactions are executed, I think that the concept of a “parallel market” is a euphemism adopted in an attempt to legitimise illegal forex transactions conducted by entities that purport to have the licence to carry on such transactions.  As far as the Foreign Exchange (Monitoring and Miscellaneous Provisions) Act (Foreign Exchange Act or the Act) has enacted, there is only one lawful market for the conduct of forex business in Nigeria, namely the authorised foreign exchange market (Afem); and in which transactions are to be conducted in accordance with the provisions of the Act (see s. 1(1) of the Act).  The Act also warns that nothing therein shall be construed as permitting any unrestrained or general dealing in forex on terms inconsistent with its provisions (see s. 11(a)).  Section 7 of the Act further enacts the parties that may conduct transactions in that market.  Also, the fact that transactions as between different participants in the Afem may be conducted at different rates does not mean the existence of more than one lawful market for the conduct of forex transactions in Nigeria.  Indeed, Section 9 of the Foreign Exchange Act, by permitting parties to a forex transaction to freely determine the rate of exchange for their specific transactions, suggests (clearly in theory) the possibility of a multiplicity of rates in the market.  And this takes me back to the two complaints against the CBN.

If, as indeed is unarguable, Section 9 of the Act permits parties to an exchange transaction to determine the rates at which they would execute their transactions, then the CBN is entitled to determine the rates at which it would sell the forex that it brings into the market (The CBN also has power under the CBN Act to sell and purchase forex; and it may be that this power exists independently of its right to participate in the Afem under the Foreign Exchange Act.).  And given that the CBN is an agency of the government, the independence of the CBN does not preclude it from acting in a manner that would promote the economic policies of the government, including promoting any sector of the economy by preferential forex allocation.  This is more so in a context in which there is an acute shortage of forex, and other local exigencies exist, for which it may be argued that the undirected hands of the market (market forces) cannot be trusted to allocate this scarce resource appropriately.  However, the CBN should not extend this directive to cover forex that it has not brought into the market.  I therefore do not think that the CBN has acted unlawfully by allocating 60% of the forex that it brings into the market to the manufacturing sector and fixing the price at which the forex should be sold.  Questions may however arise as to how the 60% is allocated amongst eligible manufacturers: but this concern, though legitimate, is not the thrust of the complaint that I have heard consistently.

On the other hand, if we could defend CBN’s action in fixing the rates at which it may sell the forex it brings into the Afem by reference to s.9 of the Foreign Exchange Act, then the CBN would be acting in violation of the law by going further to fix (in any manner whatsoever, including moral suasion) the rates at which authorised dealers deal with their customers in regard to forex that is supplied to the Afem by other sources permitted by the Act, not being the CBN (see s.4 of the Act).  For the avoidance of doubt, s. 9 of the Act provides that “[t]he rate at which each transaction in the Market shall be executed shall be the rate mutually agreed between the applicant purchaser and the Authorised Dealer or Authorised Buyer concerned”.

I had in an earlier article “The Foreign Exchange Act and the “devaluation” debate: Are we suffering the effect of official breach of existing law?” (published in BusinessDay and THISDAY newspapers of 12 May 2016) argued that the debate around whether to devalue the Naira or not may be redundant if the CBN respected and allowed s. 9 of the Act to apply; and that the CBN was acting in breach of the law by fixing the rates at which transactions in the Afem not related to funds brought into the market by the CBN were executed.  And we had thought that in its subsequent policy change, which occurred in June that year, the CBN had abandoned the path of unlawfulness.  As a government committed to the rule of law, the Honourable Attorney General of the Federation would do well to advise the CBN to desist from this breach of the Foreign Exchange Act, which is also causing distortions in the Afem.  If this is done, foreign investors and other lawful forex earners would bring in their forex through the banks as provided by the Act and exchange it for the Naira at rates agreed with the banks.  What this means also is that at the time of repatriation of capital or earning on the investment, the foreign investor will also go the bank and they will agree a mutually acceptable rate: and in this case, the foreign investor cannot be heard to say that the CBN has not provided enough forex to enable it to repatriate its capital or earning, because the CBN did not intervene in any way at the time it brought in the investment into Nigeria.  This would also mean fewer headaches for the CBN.  But it also does not mean that the CBN may not provide additional forex liquidity to the Afem subject to availability and as may be appropriate from time to time.

Apart from the complaints addressed above, it would also appear that the CBN is breaking the law in (i) the sale of forex to BDCs, and (ii) permitting BDCs to sell forex to members of the public.  And this is another major source or cause of distortion in the market.  I’ll deal with this matter in detail in a subsequent article: but it would suffice to say at this time that s. 41 of the Foreign Exchange Act contemplates that BDCs should operate only as “authorised buyers” (not authorised dealers as the CBN would seem to think).  This means that the role of BDCs should be limited to “buying” transactions”, not “currency exchange transactions”.  To the extent that forex is, unless otherwise determined, commodity in the non-issuing state, BDCs may therefore, as authorised buyers, only buy forex from members of the public as a commodity, and pay for same with Naira (just the way one pays for the purchase of any other commodity in Nigeria with the Naira).  A transaction in which a BDC (which is licensed as an authorised buyer as contemplated by the Act) “sells” forex to a member of the public is not a “buying transaction”: it is rather a currency exchange transaction.  This is because the Naira, which is what the BDC receives from the member of public in that transaction, is not a commodity that is capable of being bought (with forex) in Nigeria.  However, as I said earlier, I will deal with this matter in more detail in a subsequent article. 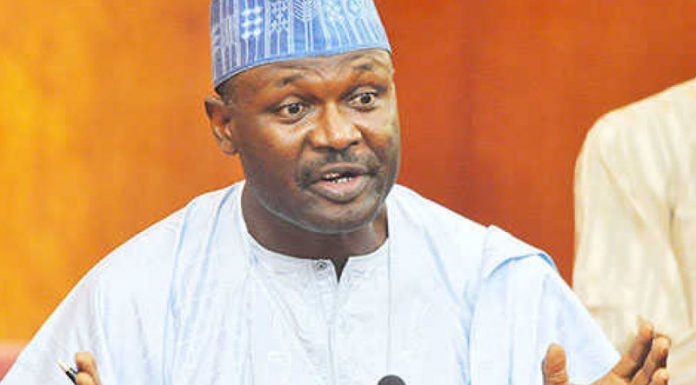