The Acting President, Prof. Yemi Osinbajo, yesterday assented to seven bills earlier passed and transmitted to the Presidency by the National Assembly.

He explained: “The Oaths Amendment Act establshes courts which were not in existence at the time the Oaths Act was made and which came upon Constitution amendment.
The administration establishes the Space Administration to develop technology and of the security cyber activities.

Court, Chief Judges of Industrial Court and Chief Judge or Judges of High Court of the Federal Capital Territory. “Nigeria Institute of Soil Science(Establishment, etc.) Act establishes Nigeria Institute Science which is charged with the responsibility of regulating the profession of Soil Science. “Institutions (Amendment) Act reviews the penalties.”

Osinbajo has been acting for President Muhammadu Buhari since January 19, almost a month today. Buhari, who is in London, United Kingdom partially on medical vacation, was initially intended to resume on February 6, but he asked for an indefinite extension, to enable him get the results of some medical tests from his doctors, a NAN report also noted. 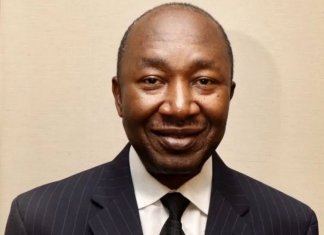