Tobi Soniyi in Abuja and Obinna Chima in Lagos
The governors of the 36 states of the federation yesterday stopped short of calling for the devaluation of the naira, when they expressed concern over the continued free fall of the local currency against U.S. dollar on the parallel market and called on the federal government to urgently review the foreign exchange policy, with a view to reducing the gap between the parallel and official market rates.

However, the call by the governors can only be achieved by fully floating the currency and allowing it to be market determined, which would lead to the devaluation of the naira.

Briefing State House correspondents at the end of the first meeting of the National Economic Council (NEC) in 2017, which was presided over by acting President Yemi Osinbajo, the Deputy Governor of Nasarawa State, Mr. Silas Aghara said that the Governor of the Central Bank of Nigeria (CBN), Mr. Godwin Emefiele, has however appealed for patience.

He said: “After a brief presentation on the forex policy options by the CBN governor, council members generally expressed concern over the current exchange rate and called for an urgent review of the forex policy, especially with respect to reducing the gap between interbank and the parallel market rates.

“The CBN governor sued for patience and understanding, assuring that the situation was being closely managed.”
The call by the members of NEC, comprising the governors and the vice president, for a review of the forex policy that would close the gap between the interbank and parallel markets, can be achieved by the free float of the naira, effectively leading to the devaluation of the nation’s currency.

The alternative is for the CBN to pump dollars into the parallel market, a throw back to what obtained under past governors of the central bank, which could lead to an erosion of foreign reserves that Nigeria is desperately trying to grow.

It is uncertain if NEC was introspective in its call for a review of the forex policy, however, an market analyst who preferred not to be named, informed THISDAY yesterday that it would have been more helpful if council had deliberated on the options and proffered measures that could be adopted by the CBN in its management of the forex policy.
“NEC should have been more specific. That way we would know if they want the CBN to float the currency and devalue, or pump dollars into the parallel market,” he said.

Also briefing journalists after the NEC meeting, the Minister for Finance, Mrs. Kemi Adeosun said council approved the injection of $250 million into the Sovereign Wealth Fund (SWF).
She said that the money would be moved from the Excess Crude Account (ECA).
With yesterday’s approval, total injection into the SWF from inception in 2011 stands at $1.55 billion.
She said that the council also adopted the report of the Nigeria Sovereign Investment Authority (NSIA), manager of the SWF.

“Council members unanimously adopted the nominations for onward consideration by the president for his final approval,” she added.

She stated that the Managing Director/Chief Executive Officer of NSIA, Mr. Uche Orji presented a report to the council on the NSIA annual report and accounts for the year ended 2015 and update on 2016 activities.
She said: “In its report to NEC, council members were informed that the Nigerian SWF has the highest ranking in Africa in terms of performance and capitalisation.”

She said the report highlighted, among others, the following: financial performance from 2014 to Q3 2016; update and investment strategy on the NSIA Future Generation Fund (FGF); NSIA Infrastructure Strategy and Agriculture Fund; and NSIA – Old Mutual Real Estate Co-Investment Vehicle, among others.
The minister said the NSIA planned to increase domestic infrastructure investment in 2017 because there are compelling opportunities in the environment.

According to her, the NSIA would also focus on “social infrastructure” including investments in the form of affordable housing and healthcare through the development of specialist hospitals.
“Council, while adopting the report of the NSIA, decided to inject a fresh $250 million into the SWF sourced from the ECA.”

The minister also told NEC that the balance in the ECA stood at $2,458,382,844.03 as of February 15, 2017.
On the Budget Support Loan Facility for the states, Adeosun said she informed the council that eight accounting firms had been appointed to start the verification process of the monthly facility, based on the approved Fiscal Sustainability Plan by the states.
On the Nigerian Economic Recovery and Growth (NERG) Plan, the Minister of Budget and National Planning, Senator Udoma Udo Udoma said he assured the council that the federal government has a recovery plan that would take the Nigeria economy out of the woods.

According to him, “Consultations on the plan are ongoing to firm up the plan with clear roles for all the stakeholders and the states.”
He said he informed the council that the plan will address agriculture and food security; energy sufficiency – power and petroleum availability; improving transportation infrastructure; industrialisation, SMEs, and manufacturing; and stabilisation of the macroeconomic environment.

In his briefing to reporters, the Minister for Agriculture, Chief Audu Ogbeh said the council was briefed on the massive wheat production in the states of Jigawa, Kano, Kebbi and Zamfara, among others.
Ogbeh said that these states have appealed to the federal government to make plans for the purchase of the excess wheat to ensure price stability and sustainable production.
“Council agreed to discuss the proposal and make adequate buy-back arrangements in order to support price stability,” Ogbeh added.

The council also held a valedictory session for the Ondo State governor, Dr. Olusegun Mimiko who was attending the meeting for the last time as his tenure winds up.
Council members commended Mimiko’s contributions to NEC and lauded him for facilitating a smooth transition to his successor in the state.

Ondo State governor-elect, Chief Oluwarotimi Akeredolu (SAN) also attended the meeting as an observer.
But as NEC expressed concern over the free fall of the naira on the parallel market and called for a revision of the CBN’s forex policy, the central bank yesterday directed commercial banks and other authorised dealers in the interbank forex market to render their forex returns in a uniform format.

The directive was issued to prevent formatting errors in banks’ returns on foreign exchange utilisation.
The CBN, in reaction to a newspaper report (not THISDAY) that misrepresented third currency transactions as naira/dollar sales, said forex sales and purchases for such transactions should be converted using the naira/dollar exchange rate
In a statement by its acting Director, Corporate Communications, Isaac Okorafor, the CBN explained that following observations of different exchange rates after the last publication on its website and thereafter, it called for explanations from the banks concerned.

“In response to our queries to them, apart from some observed formatting errors, the concerned banks reported that the returns were sent on the basis which the transactions were conducted.
“The transactions concerned were consummated in third currencies such as the Japanese Yen and South African Rand (YEN/ZAR); JPY/NGN, EUR/USD, USD/ZAR.

“As a result, there is no way any deposit money bank (DMB) or the CBN will deal in forex transactions at the rate of 61kobo/USD, N18/US$1 or N3/US$1, as was erroneously reported.
“The aforementioned are third currency transactions and when properly translated, will be in line with the prevailing forex rate range on the interbank market.

“Consequently, to prevent any such occurrence in the future, the CBN has directed all deposit money banks to render their returns in a uniform format, converting all forex sales and purchases to NGN/USD.
“All third currency transactions are also to be converted to NGN/USD,” it said.
According to the CBN, the clarification became necessary, following the media report that suggested that the Office of the Attorney General of the Federation and Minister of Justice had issued a query to the CBN over issues relating to the sale of forex.

“While it is perfectly normal for any agency of government to seek clarification on any matter from other agencies of government, we wish to state that neither the Governor of the CBN nor the Director, Legal Services Department has received any communications with regard to the issue.
“The CBN, as a responsible and responsive arm of government, will always provide clarifications on any matter within its purview for the purpose of educating and enlightening all concerned,” it stated.

In addition, the central bank reiterated that it does not deal directly with any bank customer on forex transactions, saying that such transactions are consummated strictly between the customers and their respective banks.
“The figures of forex sales published in national dailies, or on the CBN website on which these insinuations are being formed, were transactions consummated between the DMBs and their customers.
“Pursuant to our policy of transparency, we publish the reports of purchases and sales of forex between the banks and their customers, as submitted by the banks without editing.

“This practice of publishing the figures on our website has been in place since October 2016,” it added.
The CBN advised all concerned stakeholders to always verify information on matters relating to the Bank before going public in order not to trigger volatility in the market.
Also, the CBN said it disbursed $2.83 billion for utilisation in the critical sectors of the economy between December 2016 and January 2017.

A statement by Okorafor said that the manufacturing, raw materials and agriculture, among others, topped the disbursements targeted at employment generation and wealth creating sectors of the economy.
In all, the sums of $609 million and $228 million were released for raw materials in December and January, respectively, while manufacturing got $53 million and $71 million, respectively, during the same period.
Also, forex utilisation figures indicated that the sums of $1.839 billion and $0.989 billion, respectively, were extended to critical sectors like manufacturing, agriculture, petroleum products and airlines, among others in December 2016 and January 2017.

Okorafor stressed the determination of the central bank to continue to ease the forex pressure on critical sectors.
The CBN last November supported critical sectors with $1.1 billion. The sectors that got forex allocations were agricultural machinery, industrial raw materials, education and personal travel allowances to source industrial raw materials, and spare parts on the interbank market. 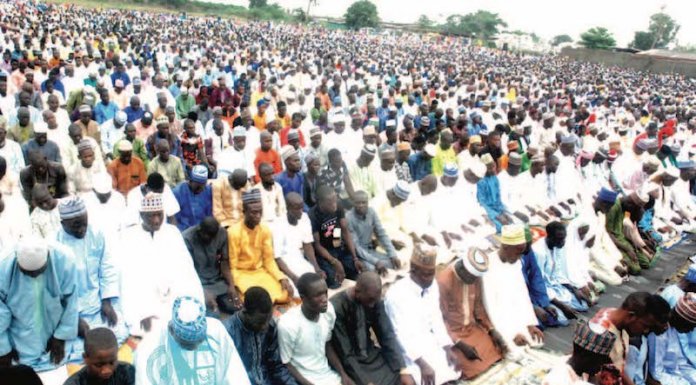