While President Muhammadu Buhari have restated his commitment towards providing healthcare for poor Nigerians, the recently released circular by the Ministry of Finance for the increase in tax on imported medicaments to 20 per cent will defeat the purpose. Martins Ifijeh writes

When early this year President Muhammadu Buhari flagged off the Revitalisation of Primary Healthcare centre at the Kuchigoro Community in Abuja, he restated his administration’s commitment towards giving priority to the health of poor and vulnerable Nigerians, especially women, children and the elderly living in rural areas.

He said his administration would work towards reducing out of pocket payment for healthcare from 70 per cent to the globally recommended 30 to 40 per cent, adding that, “only less than five per cent of the total population are covered by any kind of health insurance or risk protection mechanism which is against the recommended 90 per cent coverage by the World Health Organisation,” he added.

This means that for every imported drugs and allied products, a minimum duty of 20 per cent is payable to the coffers of government through the Nigerian Customs Service. The extra payment, analysts insist, will result in more than proportional increases in prices of drugs which subsequently will make drugs and healthcare unaffordable for the poor Nigerians.

The policy, however, is also contrary to the World Trade Organisation (WTO) recommendation which the immediate past government of former President Goodluck Jonathan adopted during his tenure.

The WTO recommendation was that import duty on medicaments should not be more than five per cent, as this will fast forward the achievement of global vision of affordable universal healthcare and elimination of diseases.

Consequently the ECOWAS Committee on Health, having taken cognisance of paucity of drug manufacturing firms in the sub-region, further recommended a waiver on the duty and recommended zero per cent duty on imported medicament. Prior to this, Nigeria implemented a policy of 20 per cent duty on medicament excluding five per cent VAT. In 2013 however, the federal government reviewed its policy and adopted the ECOWAS recommendation.

But with the re-introduction of 20 per cent VAT by the Ministry of Finance, and the already high increase of prices for drugs and other healthcare consumables due to the forex rate of naira to dollar, experts say tough times await the health sector.

According to the Ministry of Finance, the directive was necessitated by the need to ramp up revenue generation and support local drug manufacturing.

However, Nigeria currently has less than 300 drugs manufacturing companies of which less than five per cent are WHO certified. Statistics show that the 300 companies can only produce 20 per cent of the country’s national drug needs.

Recently a non governmental organisation, I CARE, conducted a market survey recently and reported astronomical increases in prices of drugs commonly used in the treatment and/ or management of some of the health challenges of Nigerians, especially in the rural areas.

I CARE said it listed some of the drugs to include the following: Co – Dovan, an anti- hypertensive drug, which costs N10,000 per pack against N3,000 before the 20 per cent duty, Meropenem Injection, a lifesaving anti-biotic, normally used for complicated infections, now sells for N18,000 for one injection instead of N4,600. Felene, a non steroidal anti- inflammatory drug, normally used by Arthritis patients through out life, sells for N500 per pack as against N180. Insulin for Diabetics 100iu was about N900, now it is about N3000 in the shops.

I CARE , according to its National Co-ordinator, Toritsheju Aghofofo-Kete, said it carried the survey to highlight the combined negative effects of shortage of forex and the 20 per cent tax on imported medicaments on the federal government’s promise to make drugs available and affordable to most Nigerians.

Speaking recently, the Managing Director and Chief Executive Officer, May and Baker Plc, Nnamdi Okafor, said the pharmaceutical sector was in dire need of forex to produce drugs and vaccine for the healthcare system.

He said companies in the pharmaceutical business did not benefit from central bank’s forex allocation to the manufacturing sector. “Unfortunately, over 98 per cent of raw materials used for vaccine production locally are imported into the country. But I can tell you that what is happening to importers of finished products is also happening to us.

“You have heard the pronouncement from government that manufacturers got some special forex allocation for importation of raw materials; that did not happen in our sector; I can assure you. We have not been able to bring in our packaging materials into the country for many months because of forex challenges and in fact, that we survived last year was a miracle to most of us in this country.

“I can tell you that we cannot survive anymore. It’s not something we can live with any longer. By the first quarter of this year, most factories that are still standing will begin to shut down operations because the situation with forex is getting worse daily.

“For the past six months, it has been challenging to cope with manufacturing. It was a bit better in the first half of last year; because you could get forex allocations, maybe 20 per cent of your requirements. But in the past six months, we have not got anything from the banks. So what does this mean? As I speak to you, we have not been able to order for raw materials that normally by now should be in Nigeria for this year.”

The pathetic and sad story of Mrs. Mercy Okeke (not real name) a diabetic patient who is on daily insulin injection gives a vivid picture of privation and the dilemma of her life choices. According to her, almost all her income as a petty trader is spent on insulin. Moreover, her medical history a hitherto private matter has become a subject of discussion among relatives and close friends as she regularly besiege them with requests for financial assistance to supplement her income. She said she now spends close to N65,000 monthly as against the N25,000-N30,000 spent on insulin. In addition, she has to support the education and livelihood of her family of six having lost her husband two years ago.

Yet according to the Ministry of Health, the idea of primary healthcare and its establishment in virtually all the 774 local government areas was to drastically reduce out-of-pocket expenditure on health by the masses.

Even the Speaker of the House of Representative, Hon. Yakubu Dogara, during a public hearing on the need to avert National Health Crisis through revitalisation and adequate funding of Primary Healthcare System, organised by the House Committee on Healthcare Services in November, 2016 further highlighted the magnitude of what the likes of Mrs. Okeke and others are facing when he said: “the question is who pays for the treatment? Who pays for the drugs the patient is receiving at the hospital or medical centres?” He questioned.

On that occasion also, the Chairman, House Committee on Health, Hon. Chike Okafor, said: “Currently, there are 774 LGAs with 9,572 Political Wards in Nigeria. At least, each of the LGAs has one PHC that is not functional. Most of these PHCs lack drug supplies, basic health infrastructure and cannot boast of good number of medical personnel. In fact, patients accessing these PHCs can hardly afford the cost of transportation or cost of subsidised drugs due to the economic hardship facing most rural dwellers.” 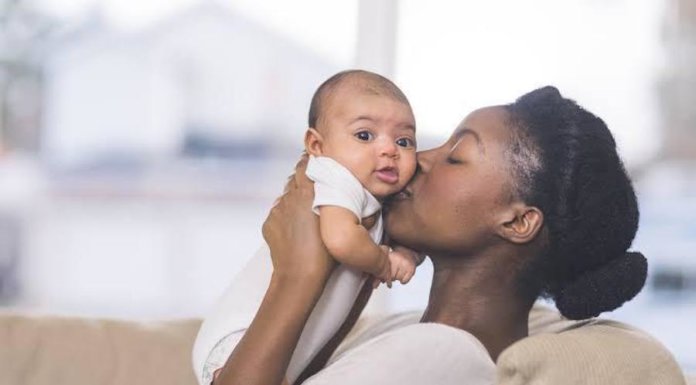