14 years after former Nigerian International, Yakubu  Aiyegbeni, had his first taste of English football with Portsmouth, the ’34-year-old’ former Maccabi Haifa of Israel striker is returning to England to play for Coventry City. Kunle Adewale asks if going by  Aiyegbeni’s age, he still has the agility  and pace to  salvage The Sky Blues’ precarious position on the English League One log

After starring for six English clubs-Portsmouth, Middleborough, Everton, Leicester City, Blackburn Rovers and Reading, not many would bet that Yakubu Aiyegbeni would return to English football, considering the fact that his age, strength and pace are not what they used to be.

However, League One side, Coventry, which have yet to register a goal in their last four league games felt the Kayserispor of Turkey player could be an answer to their scoring problems.

“He’s going to spend some time with us and we’ll see how he gets on. He’s made a big impression, he’s a nice fella and he’s been welcomed by the team. He’s been away in Turkey; that was his last football club. He’s back in England now and wants to get back playing as quickly as he can. I don’t think we’re a million miles away but sometimes just to find those extra few inches to bridge that gap. You know one player can do that to find that spark for you to get you some momentum going forward and that’s what we’re looking for. That’s what we desperately need,” said Coventry manager, Russell Slade.

Yakubu had his last spell in England in 2015 with Reading, for whom he scored one goal in seven appearances and Coventry are bottom of League One and haven’t won a league game since November 1.

“There are many reasons for which a player in the mold of Yakubu Aiyegbeni would be sought after. First of all, you cannot wish away his record in England, especially with Portsmouth. These are some of the things a club like Coventry might have considered before looking in his direction,” Former Nigerian international, Friday Ekpo, told THISDAY in an interview.

Ekpo further said: “The fact that Aiyegbeni understands English football would always count for him. No doubt the strength may not really be there but his experience would go a long way at helping the club. He would also serve as a motivator to the young players and his presence in the dressing room and on the field would inspire other players in no small measure.

“Moreover, when a team is in a deep with little fund to play around with like what Coventry are presently experiencing, a player who is free agent like Aiyegbeni would readily come to mind,” Ekpo noted.

Aiyegbeni has been without a club since leaving Turkish side Kayserispor last year having failed to score a single goal during an unsuccessful spell with the team, but Slade still sees Yakubu as a possible solution to his side’s goal-scoring problems, with the Nigerian having scored 140 times in English football during stints with Everton, Middlesbrough, Portsmouth, Leicester City and Blackburn Rovers.

The former Everton striker was due to report to Ryton on Tuesday morning, ahead of a possible short-term deal with Coventry City. While his credibility in the game is undeniable, he will undergo a fitness test to determine whether he is ready to return to competitive football.

The coming weeks will tell whether Coventry have made the right choice by signing Yakubull, as he is fondly called by English commentators.

Aiyegbeni is Nigeria’s second highest goalscorer of all time after Rashidi Yekini and its one credential the striker holds in high esteem, and some of his goals had rescued the Super Eagles, to which Nigerian fans had come to appreciate. But all that was rubbished during the 2010 World Cup in South Africa, after his missed goal against South Korea in the last match of the group stages, which denied Nigeria an opportunity to progress to the next stage of the competition. Former England international, Alan Shearer, described the miss as ‘the greatest miss in football history.’

“No striker loves to miss a goal. It is the joy of every player to score because it does not only bring excitement to the player it changes the atmosphere at the stadium; everybody get ecstatic, more especially when it is a goal that determines the fate of his side. Of course, I felt sad when I missed the chance against South Korea because I knew what the goal could have meant to Nigeria. But that is football and I would not kill myself for missing a goal,” Aiyegbeni had told THISDAY.

“Most great players in the world including legends like Pele and Diego Maradona had missed greater chances during their football career despite having scored memorable goals and I’m no exception. After all, I’m human too. A very good example is Ghanaian striker, Asamoah Gyan, who despite almost single handedly took the Black Stars to the quarter finals of the 2010 World Cup with his fantastic goal against United States in the second round of the competition, but when it came to the crunch in the last eight against Uruguay, he lost a penalty that would have re-written African history in the Mundial.

“He felt bad to let his country down when it matters most but he did not kill himself and he has since been forgiven by Ghanaian; he’s still being idolised back home in his native Ghana. So, I expected the same consideration to be extended to me by Nigerian fans,” the former Julius Berger of Lagos striker said.

Aiyegbeni believes he still has many years to offer to the game. “I believe in longevity as far as the game of football is concerned and I have a lot of players I looked up to that played for longer years. So, the question of retirement should not come up for now. As far as my bones can still carries me and I still deriving satisfaction in my game I’ll continue to play football,” he said.

Aiyegbeni was born in Benin City, Edo State on November 22, 1982. He started his career with Julius Berger of Lagos before being loaned to a Portuguese club, Gil Vicente. Thereafter, Israeli side, Maccabi Haifa paid $300,000 for his service.

At just 19 Aiyegbeni shot himself to fame after grabbing a Champions League hat-trick against Olympiacos in 2002, a performance that attracted him to Harry Redknapp, who first introduced him to the English league when he signed the striker on loan for Championship club, Portsmouth, in 2003.

The powerful forward helped secure Pompey’s promotion, and was subsequently awarded a permanent deal on the South coast, in a £4m move. In his first Premier League campaign, Aiyegbeni finished on 16 goals, making him Portsmouth’s leading scorer.

In a £7.5m move to Middlesbrough, the highest fee ever paid for a Nigerian at the time, he helped Boro reach the 2006 UEFA Cup final in his first campaign losing to Sevilla.

The striker joined Everton in August 2007 for a fee of £11.25m, which at the time, was the highest transfer fee ever paid by the Toffees. The forward started his spell at Everton in spectacular fashion after taking just 11 minutes to open his account for the club at Bolton.

He scored 29 goals during his four years at Goodison Park, before moving on to Blackburn in 2011 for £1.5m.

After a stint at Ewood Park, he moved to Chinese club, Guangzhou R&F, in July 2012, on a three-year deal. He made his Chinese Super League debut in a derby match with Guangzhou Evergrande, and grabbed a late winner to end their rivals’ 34-match unbeaten record at home.

The Nigerian striker returned to British soil after his contract ended in China, to sign for Reading in February 2015 and managed just one goal in all competitions. He was released after one season, and subsequently moved to the Turkish Super Lig after signing for Kayserispor in the summer of 2015.

His notorious chant, “Feed the Yak and he will score” could drown out the Ricoh Arena at some point soon. 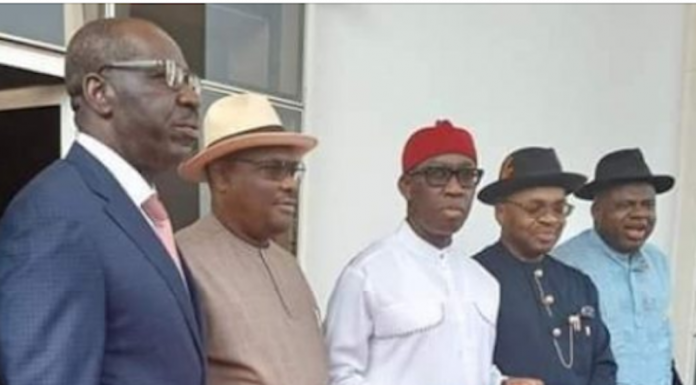