On December 11, 2014, then President Goodluck Jonathan accepted the presidential nomination of the Peoples Democratic Party to contest the 2015 Presidential elections as its candidate. At that occasion, the former leader made a statement which, in hindsight, can now be seen as a prophecy.

On that day, Jonathan said:
“The choice before Nigerians in the coming election is simple: A choice between going forward and going backwards; between the new ways and the old ways; between freedom and repression; between a record of visible achievements and beneficial reforms – and desperate power-seekers with empty promises.”
When the Naira crashed to N500 to $1 on Monday January 30, 2017, it hit me that Dr. Jonathan’s prophecy had been fulfilled.

I remember (and I am sure you can too) the giant bill boards the APC erected all over the country saying, and I quote:
‘Is N216 to $1 okay? It is time to act now. Buhari-Osinbajo’.
Well both President Muhammadu Buhari and Vice President Yemi Osinbajo have ‘acted’ for almost two years now and today it is now over N500 to $1. It is time for the duo to answer their own question.
On the 20th of November, 2014, a certain young Nigerian named Mohammad had tweeted the following on Twitter;
“Today a dollar is N180 and a pound is N280, hope you have a family….this is really the transformation agenda..!! GEJ has finished Nigeria…”
This tweet went viral because the APC through its agents on Twitter retweeted it until it trended online.

Flash forward to Monday the 30th of January, 2017, the day the Naira crossed over the N500 to $1 Rubicon and the now sober Mohammad tweeted three times and I will quote each of those tweets below:
The first tweet:
“GEJ should please forgive me!!!”
The second tweet:
“N500 even when they claim they are fighting corruption, #bringbackourGEJ”
The third tweet:
“GEJ a true definition of the word HERO …!!!”
This time around, though the APC refused to retweet Mohammad’s who tweets from the handle @deee009, his last tweets are even more popular than the first because Nigerians retweeted them, storified them and blogs celebrated them.
On Tuesday 31st of January, 2017, another young Nigerian named Uchenna tweeted through his twitter handle, Uchez2 this:
“@Uchez2: How did the dollar stay at N175-N200 for 4yrs under “massive looting”? How is it now at N510 in 2 years under “massive savings”?”
What Jonathan’s 2014 quote and Mohammad’s 2014 and 2017 tweets as well as Uchenna’s question have shown is that, no matter how far and fast falsehood has travelled, it must eventually be overtaken by the truth.
Everybody is affected by the failed promises of the Buhari administration. The richest African and Black man in the world, Aliko Dangote, has seen his fortune depreciate by more than 50% from $25 billion under former President Jonathan to $12.4 billion today. We pray it does not shrink to $1.2 billion before 2019!
There is no Nigerian that is not affected and that is all the more reason why the multiple award-winning singer and rapper, Innocent Idibia, a.k.a. Tuface has said he is going to lead a nationwide protest against the policies of this government which are impoverishing Nigerians.

Of course very predictably, the administration, either directly or indirectly, has come out guns blazing against the much-loved entertainer.
Government surrogates and jealous rivals have sought to disqualify and disenfranchise him from leading his protest by saying that as a father of seven children from three different mothers Tuface lacks the moral authority to protest against government policies!
First of all, the problem many of this celebrity haters have with Tuface is not the protest itself per se. They are really angry that they were not the ones who thought of it!
If having children from many women is their grouse, then they would have had a grouse about many Nigerian leaders. Which Nigerian leader has children from only one woman?
And it almost became comical when the Presidency asked to debate with Tuface on live TV. Really? A President who refused to debate with his opponents at the Presidential Debates during the elections now wants Tuface to debate live on TV. I mean just negodu!
When some musicians and actors gathered at Ojota with Nasir El rufai and Dino Melaye against then President Jonathan in February 2012, nobody cared how many children they had but suddenly they care about Tuface’s baby mamas!

QUOTE: There is no Nigerian that is not affected and that is all the more reason why the multiple award-winning singer and rapper, Innocent Idibia, a.ka. Tuface has said he is going to lead a nationwide protest against the policies of this government which are impoverishing Nigerians. Of course very predictably, the administration, either directly or indirectly, has come out guns blazing against the much-loved entertainer.
Government surrogates and jealous rivals have sought to disqualify and disenfranchise him from leading his protest by saying that as a father of seven children from three different mothers Tuface lacks the moral authority to protest against government policies! 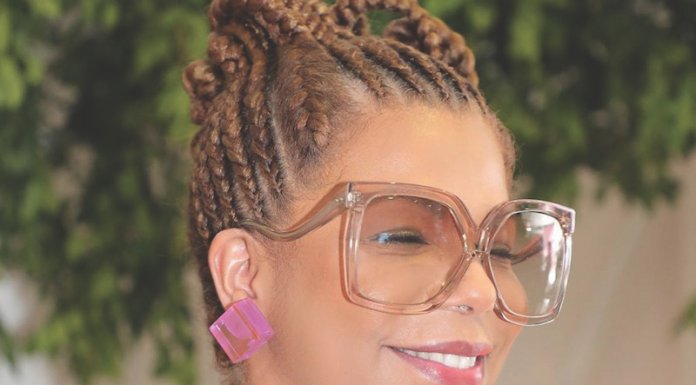