Premier League clubs have recorded a transfer window profit for the first time – despite spending reaching a six-year January high of £215m.

Southampton and Burnley made late deadline-day deals, while Odion Ighalo moved from Watford to China for £20m.

Saints paid about £14m for Napoli’s Manolo Gabbiadini, and the Clarets signed Robbie Brady for up to £13m
However, top-flight sides brought in £40m more than they paid out, according to finance analysts Deloitte.

While the window is now closed for the major European leagues, there could still be departures as big-spending China has an official deadline of February 28.

Deadline-day sales were led by Nigeria striker Ighalo, 27, moving to Chinese Super League club Changchun Yatai.
Burnley were one of the busier sides, recruiting 25-year-old Republic of Ireland international Brady from Norwich for a club-record fee having earlier snapped up another midfielder, Ashley Westwood, from Aston Villa.

Swansea City signed Aston Villa forward Jordan Ayew in a swap deal that saw Wales defender Neil Taylor go the other way.
Several mooted moves did not go through on a relatively low-key day, with Celtic keeper Craig Gordon and striker Moussa Dembele staying with the Scottish champions despite reported interest from Chelsea.

Sunderland, thwarted in their attempts to sign forward Leonardo Ulloa from Premier League champions Leicester City, had a bid of about £12m rejected by Southampton for forward Jay Rodriguez.
Championship clubs spent a record £40m on deadline day, led by Aston Villa signing forward Scott Hogan from Brentford for a fee that could reach £12m.

Wigan sold winger Yanic Wildschut to Norwich for £7m, but they ended the day with eight new players.
Sheffield Wednesday have to wait until Wednesday to see if their £9.5m move for Middlesbrough striker Jordan Rhodes had gone through in time.

Midfielder Ravel Morrison returned to QPR on a late loan deal from Italian side Lazio, and highly rated West Ham defender Reece Oxford, 18, moved to Reading on loan for the rest of the season.

Striker Matty Taylor caused a stir by leaving Bristol Rovers, where he has scored 19 times this season, for local rivals Bristol City – the first time a player has done so since 1987.
Championship side City wasted no time in winding up their League One foes, with manager Lee Johnson saying: “It’ll be a big step up in standard for him.”

Meanwhile, Neil Danns’ tour of the clubs of the north west beginning with a B saw him tick off Blackpool. The midfielder’s loan deal from Bury follows spells at Bolton and Blackburn. He has also squeezed in Birmingham City and Bristol City along the way.
Everton were the Premier League club to spend the most on a single player, paying Manchester United £22m for France midfielder Morgan Schneiderlin.

However, the biggest fee was the £60m paid to Chelsea by Chinese Super League side Shanghai SIPG for Brazil attacking midfielder Oscar.

Also departing the Premier League was Dimitri Payet – with West Ham accusing the France forward of lacking “commitment and respect” as he rejoined Marseille for £25m.
The top six sides did not shell out – the only new purchase among the leading sides being Arsenal’s surprise signing of left-back Cohen Bramall from non-league Hednesford Town for £40,000. He had just been made redundant from his job in a car factory before a trial with the Gunners. 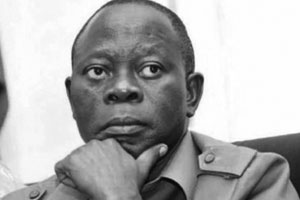