Sunday Okobi
The Peoples Movement Bauchi (PMB) has hailed a Bauchi State High Court presided over by Justice Gurama M. Mahmood for displaying what it described as uncommon courage and integrity in declaring as improper, illegal and unconstitutional attempts in its judgment delivered on November 1, 2016 by the state government to raise committees to probe the Isa Yuguda administration over an alleged spending of N213 billion for contracts in the state.

The group in a statement issued by its  Head of Communication and Strategy, Abdulmumin Idris, also praised the court for granting the former governor’s application on January 20, 2017, for a leave of perpetual injunction restraining the state Governor, Mohammed Abdullahi Abubakar; himself, agents, or privies from setting up committees, making any act enabled by the Bauchi State Recovery of Government Funds and Property law Cap 3 of 2007 or doing anything pending the determination of the suit.

The presiding judge, Justice Mahmood, in a judgment delivered last year, had emphasised that the state law is inconsistent with the provisions of Sections 1,6,35,36 and 44 of the 1999 Constitution as amended, as to render the sections null and void in effective to the extent of its inconsistency with the provision of the constitution.

The group recalled that Abubakar had set up Asset Recovery Committees under Salihu Abubakar and Air Commodore Gamawa (rtd) to audit major contracts awarded by the immediate past administration in ministries, agencies and departments (MDAs) of the state, a development which prompted Mukhtar Abubakar Usman,  the former Attorney-General of the state under Yuguda to approach the state High Court seeking a declaration that the provisions of 5, 12, 15, 17 and 18 of the Bauchi State Property LawCap 3, 2007 are inconsistent with the provisions of Sections 1, 6, 35, 36, and 44 of the 1999 Constitution, and to render the entire law null and void, ineffective to the extent of its inconsistency.

Agreeing with Usman, who is a plaintiff in the suit no: BA/122/2015, Justice Mahmood stated thus: “I have looked at the entire law the plaintiff has complained of especially the powers conferred on section 5 of the law and other general powers created by the other sections he cited, I am satisfied looking at the 1999 Constitution especially, sections 1, 6, 35, 36 and 44.”

The trial judge stressed that even though there was the power to modify the law to bring it in conformity with the provision of the constitution, “This has not been done and even if it is done, the fact that it has ousted or eroded the powers of courts created by section 6 of the constitution will not solve the problem.”

Joined as defendants in the suit, were the state governor, state Attorney General and Commissioner of Justice, the state House of Assembly, Air Commodore Ahmad Tijjani Baba, Haruna Mohammed, state Commissioner of Police and the Department of State Services (DSS).

The pro-democracy group therefore called on lovers and defenders of democracy in the country to prevail on the state government to obey the orders of the courts in line with due process and the rule of law, contending that an attempt to rubbish the ruling of a court of competent jurisdiction is an invitation to anarchy and threat to democracy in the country.
It kicked against the submission of the reports on January 6, 2017, by the said committees to the state government as well as an alleged setting up of White Paper Committees by the state government in spite of a subsisting court order nullifying such actions. It maintained that while the asset recovery moves were part of a grand plot to rubbish the achievements of the Yuguda administration, “the entire episode around the publicised submission amounted to contempt of the court.

“We are constrained to note that the entire episode around the glamourised state probe of the Yuguda administration, apart from the fact that it is a contempt of the court, it is a grand plot to rubbish and erase the giant achievements of the former governor.
“But can anyone easily erase the people-oriented legacy projects that are today some of the enviable milestones that make us proud as a state? Can anyone erase these solution-driven projects from the minds of the people of Bauchi State? The answer is No!’’ he said. 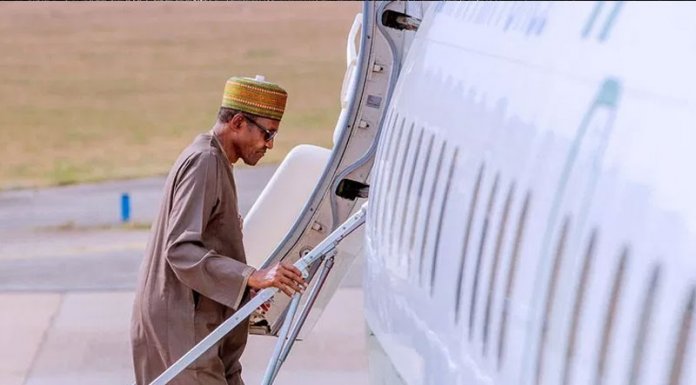 NCS FOU ‘A’ Seizes Contrabands Worth over N67m