A new World Bank policy report has urged developing countries and international development agencies to rethink their approach to governance, as a key to overcoming challenges related to security, growth, and equity.

The 2017 World Development Report titled: “Governance and the Law,” that was released on Monday, explored how unequal distribution of power in a society interferes with policies’ effectiveness. Power asymmetries helped explain, for example, why model anti-corruption laws and agencies often fail to curb corruption; why decentralisation does not always improve municipal services; or why well-crafted fiscal policies may not reduce volatility and generate long-term savings.

The report noted that when policies and technical solutions fail to achieve intended outcomes, institutions often take the blame. However, it found that countries and donors need to think more broadly to improve governance so that policies succeed. It defined better governance as the process through which state and non-state groups interact to design and implement policies, working within a set of formal and informal rules that are shaped by power.

“As demand for effective service delivery, good infrastructure, and fair institutions continues to rise, it is vital that governments use scarce resources as efficiently and transparently as possible,” World Bank Group President Jim Yong Kim said.

“This means harnessing private sector expertise, working closely with civil society, and redoubling our efforts in the fight against corruption. Without better governance, our goals of ending extreme poverty and boosting shared prosperity will be out of reach.”

The report looked at country examples, including state building in Somalia, anti-corruption efforts in Nigeria, growth challenges in China, and slums and exclusion in India’s cities. It identified three winning ingredients of effective policies: commitment, coordination, and cooperation. As three core functions to produce better governance outcomes, institutions need to: Bolster commitment to policies in the face of changing circumstances. This would help, for example, in cases where decision makers spend windfall revenues instead of saving them for the future, or when leaders renege on peacebuilding agreements in the absence of binding enforcement.

In addition, it noted that there was need enhance coordination to change expectations and elicit social desirable actions by all. Challenges occur in many contexts, from finance to industrial clusters and urban planning.
“Financial stability, for example, relies on beliefs about credibility. Just consider how despite the rationale for leaving their money in the bank during times of distress, the public may rush to withdraw their deposits if they believe that others will too – ultimately causing the banks to lose liquidity and crash,” it stated.

Furthermore, it noted the need to encourage cooperation, adding that effective policies help promote cooperation by limiting opportunistic behavior such as tax evasion- often through credible mechanisms of rewards or penalties. Individuals may have incentives to behave opportunistically.

“Government officials do not act in a vacuum. Their decisions reflect the bargaining power of citizens who jockey with each other to advance competing interests,” the World Bank Chief Economist, Paul Romer said.
“So this report launches a very important discussion for governments, their countries, and people in the development community about how we can make sure that society is on a path that’s generating progress. We need to confront a complicated political process in every country where power can influence the outcome of that process and we have to ask how can make sure that process leads to progress for everyone.”

According to the report, unequal distribution of power can exclude groups and people from the rewards and gains of policy engagement. Yet meaningful change is possible with the engagement and interaction of citizens, through coalitions to change the incentives of those who make decisions; elites, through agreements among decision makers to restrict their own power; and the international community, through indirect influence to change the relative power of domestic reformers.

Based on extensive research and consultations in many countries over the past two years, the report proposes principles to guide reform and change the dynamics of governance for equitable development.
The report found that good policies are often difficult to introduce and implement because certain groups in society who gain from the status quo may be powerful enough to resist the reforms that are needed to break the political equilibrium. 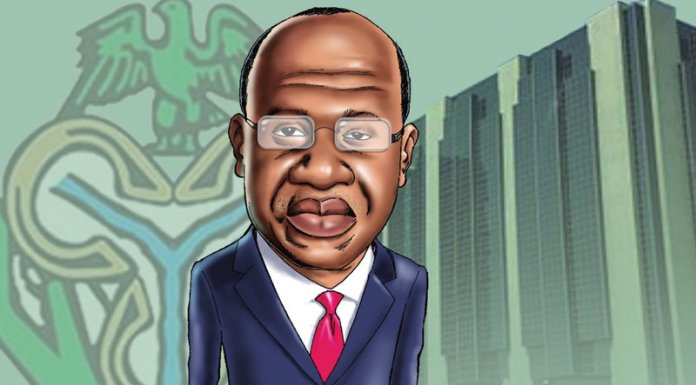 CBN And The Global Standing Instruction