The Principal of the Federal Science and Technical College (FSTC), Yaba, Lagos, Rev. Chris Ugorji, has promised to build on last year and previous years’ achievements in his continued quest to make the school one of the best in the country.

The principal, who listed some of the feats recorded by the students last year while briefing journalists in Lagos, recently, promised better performance this year with the support of the staff, students and parents.

In the area of academics, he said the school emerged the overall first position in the 2016 National Business and Technical Education Board (NABTEB) external examination results.

This he said was revealed at the annual general meeting (AGM) of all principals of the 104 unity colleges, in Uyo last December, where analyses of the results of various subjects were made. For achieving the feat, he said the school received a merit award and 42 certificates, presented by the Minister of State for Education, Prof. Anthony Anwukah.

He said the school also won seven out of the nine awards in the 2016 Africa Future Trust Model United Nations (TAFMUN) programme, an affiliate of United Nations designed to replicate the United Nations General Assembly. The head girl of the school, OluchiNwachukwu, who emerged the overall winner, won a free Lufthansa Airline ticket to attend the International Conference in New York in March.

According to him, the school came first and second consecutively in Nigeria, in the Cisco Netriders ICT Africa competition, which was organised for all institutions, including tertiary institutions across Africa. Students of the school won awards like Top Achievement Certificate from CISCO International. The school came first in Nigeria, West Africa and Sub-Saharan Africa; and fourth in the whole of Africa.

“FSTC Yaba also received recognition award as the Best CISCO Networking Academy with the highest number of students graduated in West and Central Africa at the 2016 ASC UNITES CISCO. Our Lead Instructor, Miss Christine Ekezie emerged the Best Instructor and received awards and was nominated to attend the CISCO Summit in Germany with all bills paid.”

Ugorji said a student of the school, Miss ChineyeIbeneme, also came first in the 2016 edition of the Terry Maxwell Book Review Project, where the book ‘Weep Not Child’ by NgugiwaThiong‘o was reviewed. She received the star prize of a laptop and cash prize.

The school was not left out in the area of sports, as it emerged the overall winner (boys’ category) winning the highest number of medals in the December, 2016 Federal Government Colleges Games held in Enugu State.

The highlight of the game was when Ibrahim Shokunbi (5,000m), Okubadejo Joshua (200m), AdesanyaAyodeji (100m) out ran the other students in the various races.

While commending the teachers for their commitment towards grooming the students for better outcome, the principal thanked the Parent Teacher Association (PTA) for its support, which it demonstrated by completing a 1,200 capacity female hostel within a year to alleviate the problem of accommodation at the school. 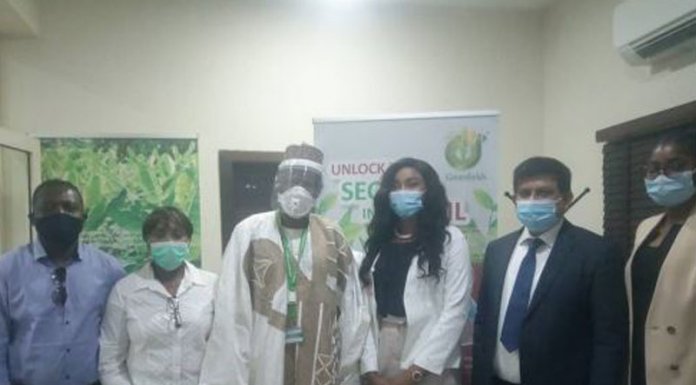