Teachers have been advised to find fun ways of teaching Chemistry and be friendly with their students so as to eliminate the phobia for the subject and other science subjects and encourage more students to study sciences.

The Corporate Affairs Director, PZCussons Nigeria Plc,Mrs. Yomi Ifaturoti, who gave the advice at the commencement of the 2016/17 PZ Cussons Chemistry Challenge for public and private secondary schools in Lagos State, said the company decided to focus on the subject because “chemistry is everywhere; in our chemical processes, in the air we breathe, in the water we drink, it is everywhere.”

She regretted that many youths nowadays are moving away from sciences to arts subjects because they think the science subjects are difficult, saying that when students are afraid of a particular subject, the teacher needs to come closer to them and try and find out fun ways of teaching it.

Ifaturoti, who doubles as a member of the advisory board for the competition, also expressed concern that since the inception of the competition four years ago, no female student has advanced to the second stage; this she said necessitated the decision to insist that each mixed school must present at least a female representative out of the three students that would enter for the competition.

Assessing the performance of Lagos State students in chemistry in the past four years, she noted that surprisingly most of winners of the competition came from public schools “because the private schools for some reasons are not doing as well as we expected them to do and I think that is kudos to the Lagos State Government.”

While calling on private schools put in more efforts so that their impact would be felt, she said “we have been doing this for four years now and we found that slowly but surely the interest in chemistry is increasing and we intend to continue to do this and hopefully we will be able to go nationally in a short while.”

She expressed hope that in the nearest future the competition would become a standard for all future challenges.

Meanwhile, the Chairman of the board, Professor Dele Osibanjo, has called for the review of chemistry curriculum in secondary schools and higher institutions in the country to acquaint students with new concepts and paradigm, as well as make them aware of the existence of endocrine-disrupting chemicals in many products.

He regretted that the developed countries are now shifting the manufacturing of dangerous chemicals to developing countries where awareness is low and where chemical control regulations are weak.“We are happy to have them because they create jobs. In their countries, those chemicals have not been well tested for the safety of human health and environment.”

According to him, “risk assessment is not part of our curriculum; we need to start changing our chemistry curriculum at the secondary and university level so that people are aware of the chemicals like endocrine-disrupting chemicals. These chemicals like lead, mercury, they mimic the hormones of the human body that is why a child can be born with four fingers or three legs. These chemicals can change human nature.”

“We need a lot of awareness that is why we need to change the chemistry curriculum; modify it to bring up all these concepts that are already taking place in developed countries.” 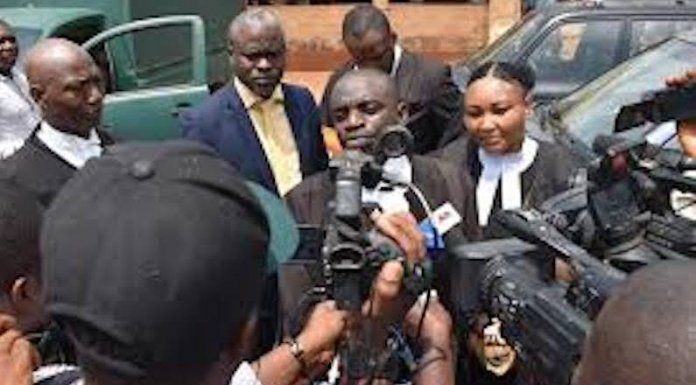 How Olalekan Adebiyi is Running the Biggest Indigenous Construction Company