Peter Ayodele Fayose, the stormy governor of Ekiti State, is well known for his bold utterances. Those who may not like his guts believe he is damn impudent. But a typical Fayose does what he wants based on his convictions and then thinks about the repercussions just as the ripples of his acts gather momentum. It is this unusual combination that makes him a headliner whenever he opens his mouth.

You may not like how he said what he has said, but you are not likely to ignore or forget in a hurry what he said. A lot of people like him for different reasons. Little wonder he could easily stage a come-back and regained the governorship post a few years after he was sent packing under questionable circumstances. His utterances towers far above his average height and are most times more analytical than his intellect can fathom.

Fayose brought these contradictions to the public domain about a week ago when he spoke at the end of career thanksgiving service and a reception organised by friends in honour of Ayotunde Ogunsakin, a recently retired Assistant Inspector General of Police. The event held at Ikere, in Ekiti State.

The governor was not at the church service. He sent his deputy, Dr Olusola Eleka. The reception party started at a few minutes past 1pm. But it was when everybody thought the feasting was over and it was time to go home that Fayose noiselessly entered the venue of the event. Some of his aides confirmed that though the governor was not formally invited, he had sent a word to the conveners that he would gate-crash; and he did. As late as he was to the event, the people of Ikere, both young and old, rose to cheer their prince.

Meanwhile, a lady compere who said the event must be devoid of any political colouration almost drew the ire of the irrepressible Fayose who countered with the explanation that the young woman should be forgiven “because she is not a politician.” His conclusion was that: “when a governor is somewhere, or anywhere the governor is, politics is there.”

That statement sent the crowd screaming in excitement. Looking at Ogunsakin straight in the face, Fasoye came short of saying: I am free to say what I like after all you did not invite me here. Instead, he told Ogunsakin matter-of-factly, to the consternation of everyone present: “I am not here because I love you; but I am here because you are one of our leading lights in Ekiti.” That again sent the crowd yelling in cheers. It was Fayose doing what he does best: moving the people to frenzy.

Ogunsakin’s first shock of the day however was at Saint Peter’s Anglican Church, Ikere Ekiti where he listened to the sermon by Venerable A. O. Ayodele, the Vicar and Archdeacon of Ikere. The preacher observed that throughout his interactions with Ogunsakin in the past, the police chief had always refused to laugh. The best he had ever seen on his face had been a short-lived smile. “But today, in this church, I have seen him smile and even try to laugh,” he said.

While advising the celebrant not to dabble in politics so as not to soil his professional integrity – an advice that went down well with Ogunsakin and his wife, Chinyere, the preacher asked the retired policeman to use his influence and ensure that Ikere produces the next governor of Ekiti State. He went ahead to explain that Ikere was tired of always producing a deputy governor when it has capable people to occupy the high office.

He however noted that Ogunsakin, in almost 34 years in the police force, has obeyed orders as a junior officer; enforced discipline as a boss; showed humility in leadership and led by example. In addition, he told the congregation that by God’s grace, the retired AIG has battled the storm but was not consumed; has tasted fire but was not burnt to ashes; has demonstrated discipline and mercy without compromising standards; has been to the war front and has returned alive; “this is why we must thank God because he has brought honour to Ikere people and to his family.”

At the reception ground, a former Minister of State for Works, Prince Dayo Adeyeye, said the image of the Nigeria Police Force would receive a boost when men with moral integrity are given opportunity to join the force. He described Ogunsakin’s service to the nation as exceptional; adding that though he did not crown his effort with appointment as Inspector General of Police, “we thank God for his distinguished career in the force.”

Shortly after he spoke, there was a joyous stir in the two massive canopies set up for the event. It was the arrival of two prominent traditional rulers from Ondo and Ekiti State. The Ogoga Ikere-Ekiti, His Royal Majesty, Samuel Ademujimi Adu Alagbado, the Agirilala Ogbenuotosoro 11, was accompanied by the Osemawe Ondo, Dr. Kiladejo.

For someone who once said: “the last thing I wanted to be was a police officer,” Ogunsakin narrated that his hatred for the force was based on what he witnessed during the national protest by students in 1978 when he was still at the then University of Ife. The protest tagged “Ali Must Go” was based on certain introductions into the school system that did not go down well with the Nigerian students. He said he witnessed first-hand, how police officers carried out deadly attacks against the students and he did not understand why it should be so.

His opinion however changed shortly after bagging a bachelor’s degree in political science and history. He met an exceptional police officer on official duty who treated him with respect and with a smile. He decided that perhaps getting into the system would be a better way to handle the ills of the force instead of criticising from outside. He enlisted in 1982 and rose through the ranks to the top.

Ogunsakin’s specialisation in money laundering law enforcement started when he joined the Interpol in 1989. From that moment, he started meeting Interpol officers from across the world and also passed through restricted training on money laundering and other complex fraud investigations and prosecutions. His money laundering fight took him to several parts of the world where he teamed up with colleagues from other countries to investigate and prosecute suspects. Back in Nigeria, he was entrusted with investigation of sensitive fraud cases both local and international.

His bio-data reveals that he has served as head of operations at both the ICPC and the EFCC before serving as commissioner in charge of the Special Fraud Unit where he joined forces with other international bodies to fight economic crimes. His excellent records led to his adoption by the University of Cambridge since 2012 as a resource person at the Cambridge International Symposium on Economic Crime.

At the reception in his honour, both serving and retired police officers spoke of his deep sense of professionalism particularly in the area of financial crimes, his bold initiatives and the high profile cases he handled in the course of his service to the nation and at the global level. They individually described him as a quintessential crime fighter.

Thanking his friends and guests, Ogunsakin observed that all over the world, policemen are not liked; “but you can’t do without policemen.” He noted that in accepting to be a policeman, “it means you have accepted to die.” This is because, as in other forces, policemen stay awake while others sleep; “that means what you sign for is actually a duty to die for others to live. You sacrifice your own life so that others can live. The society must recognise that we have chosen to die in service to the nation.” He described his wife as his greatest inspiration and a pillar of strength who kept encouraging him to do the right thing.

Back to Fayose, as the beautiful event drew to a close. The high-spirited governor regretted that Ogunsakin, in spite of his services to the nation, was not made the Inspector General of Police. However, he was so sure that Ogunsakin’s exit from the force was divine. He said (paraphrased): your stepping aside from the Nigeria Police Force is not by mistake. One day you will look back and thank God for leaving at the time you left. You will watch with your eyes why God took you away at the time He did.

Still in a prayer mood, he told Ogunsakin: your time will come. I know that it’s not easy for a uniformed officer out of office; but God will guide you. God will give you direction. He will support you. On my part, when I retire, I’m not going to the Senate like other governors. I will remain here in Ekiti. I’m not running to America. This is where I will remain. With that, he dropped the microphone, got into his car and left in the same manner he arrived.

Akpe is an Abuja-based journalist 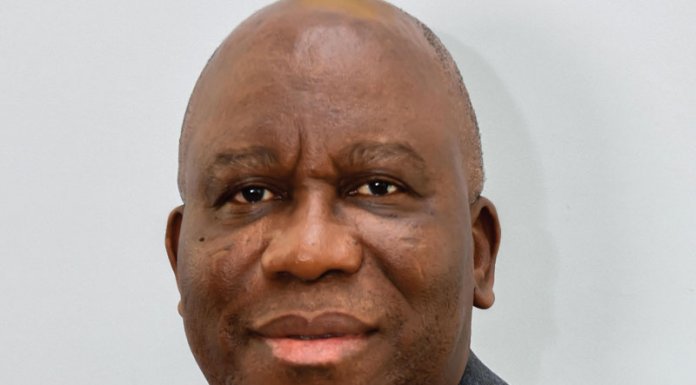 NDN Asks Police to Fish Out Killer Cops for Prosecution