Chineme Okafor in Abuja
The federal government has disclosed that it has formally exited the joint venture cash calls arrangements it has had with the international oil companies operating in the country for more than four decades.

Minister of State for Petroleum Resources, Dr. Ibe Kachikwu, who announced the termination of the cash calls yesterday in Abuja, also said the government was exiting them with an outstanding debt of $5.1 billion, which he had at some point stated would be paid over a period of five years through incremental oil production volumes.

He said with savings to be made under the new arrangement, the federal government’s revenue was expected to increase by $2 billion annually, while Nigeria’s oil production will increase to 2.5 million barrels per day (mbpd) by 2019.
Kachikwu also said the development was expected to result in a reduction in the unit technical production cost of oil from $27.96 per barrels (bpd) to $18bpd.

The minister explained that this would give the Nigerian National Petroleum Corporation (NNPC) and its joint venture partners the opportunity to grow outside of the previous constraints of government’s inability to meet its obligations.

He provided clarity on the new funding arrangement for the joint ventures, after the exit agreements were signed with Shell, Total, Chevron, ExxonMobil, and Nigeria Agip Oil Company (NAOC) respectively.

“The reality is that the number that I have from NNPC was about $6.8 billion over the last three to four years. We managed to get a hair cut out of it which is like a discount from the oil companies of about $1.7 billion. And then we have $5.1 billion in the next five years to repay,” said Kachikwu on the cash call debt left behind.

He explained that the exit from the cash calls obligations would usher in a self-financing regime, adding: “We are letting the operators capture their cost, deduct that, prior to getting to the next income position, back into the Federation Account.”

The companies, according to him, will now be able to go to the financial markets to raise money when they need to do so outside of government constraints.
He said that the exit strategy would give NNPC and the IOCs the room to grow as much as they want without the constraints of federal government’s controls or budgetary challenges, and that the governance issues that have been put in place for the new policy would reduce substantially the amount of time it takes to implement contracts.

The minister explained that the first point of call was for the IOCs to be able to deduct their costs as opposed to the old system where money was made, taken to the federal purse and the IOCs begged the government to pay them, which in most cases, government never did.

Kachikwu also stated that the implementation of the cash call policy delayed production, weakened efficiency and degenerated confidence, and that the historic agreement would bring clarity and stability to the management of the country’s oil and gas resources.
The agreement, he added, had also received the approval of the Federal Executive Council (FEC).

Kachikwu had earlier said, during his presentation of his ministry’s scorecard for 2016, that Nigeria’s daily crude oil production was now about 1.8mbpd, up from 1.3mbpd after the incessant attacks on oil and gas facilities by militants in the Niger Delta early this year.

He also said the country’s daily domestic fuel consumption was now about 28 million litres, down from the often bandied 40 million litres per day.
This, he said was achieved following the government’s partial deregulation of the downstream petroleum sector, which he added would be completed in 2017.

Disclosing some of his achievements in this regards, he said: “The Niger Delta was another issue and very complicated. Counter accusations have never solved the problems.

“We have begun to put some smart solutions to this tertiary level of engagements outside the corridors of identification and this is important for us to reach out to people who may be on the run but are relevant to finding the solutions and that has led us to bringing back our all-time low production of 1.3mbpd closer to 1.8mbpd.

“But for some minor incidents, we probably would be closer to 2.1mbpd or 2.2mbpd. The reality about the Niger Delta is that no matter what you do, you never forget your base or you will be planning in vain and so we need to reach out to that base.
“We set a zero militancy target in 2017 and we want to ensure that anything that needs to be done should be done.”

Also speaking at the event, Vice-President Yemi Osinbajo said the removal of fuel subsidy had helped to eliminate a funding burden of not less than N15.4 billion monthly from the federal government.

Represented by the Attorney General of the Federation and Minister of Justice, Mr. Abubakar Malami (SAN), Osinbajo also that the $15 billion would be injected into the oil and gas sector.

“I am pleased to be the special guest of honour at the agreement signing ceremony for the Joint Venture Cash Call exit and the announcement of $15 billion investments to be injected into the sector.

“The oil and gas sector remains very critical to the stability and growth of our economy as it accounts for about 90 per cent of foreign exchange earnings.
“Amongst others, the downstream sector has been deregulated with the elimination of the petroleum subsidy.
“This policy has removed from government, a burden of not less than N15.4 billion monthly,” he said.

The vice-president said that government had taken steps to increase the domestic refining capacity by repairing the refineries operated by NNPC.
“We have also licensed modular refineries and support the development of private refineries one of which is a 650,000 barrel per day capacity (being built by the Dangote Group),” he said.

According to him, one of the refineries was nearing completion, adding that when completed, it will restore “our pipelines to facilitate crude and products transportation”.

He confirmed that FEC had approved new measures aimed at eliminating the burden of the cash call obligations and eased future payments in the upstream sector.
Osinbajo also commended the World Bank on the global initiative to secure the environment by ending and commercialising gas flares.

“It will boost the discharge of international obligations by Nigeria on climate change and contribute to our national power generation capacity,” he said.
He also urged other ministries to come up with scorecards on their stewardship in the past year. 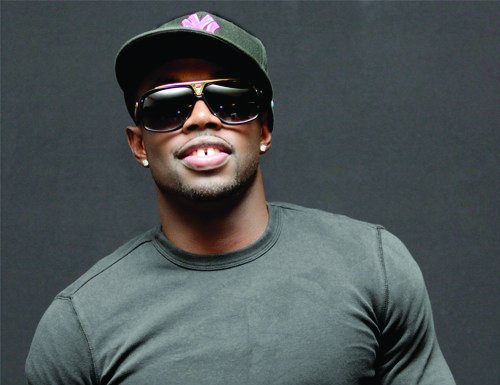