• Asks police to fish out perpetrators of Lagos mob action
Omololu Ogunmade in Abuja
The Senate yesterday summoned the Minister of State for Petroleum Resources, Dr. Ibe Kachikwu, to appear before its Committees on Petroleum (Upstream), Gas and Foreign Affairs to explain the rationale behind the $100 billion memorandum of understanding (MoU) he signed with Chinese companies and another proposed $15 billion investment deal with India.

Moving a motion at yesterday’s plenary, Senator Clifford Odia (Edo Central) said the minister must appear before the committee to explain the impact the MoUs will have on the Nigerian economy.

According to Odia, whereas Kachikwu had earlier signed $80 billion MoU with some Chinese companies to be spent on investments in oil and gas, infrastructure, pipelines, refineries, power, facility, refurbishments and upstream ventures for five years, two other Chinese oil companies, Sinopec and CNOOC, had signed investment MoUs with Kachikwu for further investments in Nigeria’s upstream oil sub-sector to the tune of $20 billion.

He said: “The Senate is aware that the Minister of State for Petroleum negotiated a $15 billion investment with India where the Indian government would make an upfront payment to Nigeria for crude oil purchases.

“The Senate is further aware that the two countries have agreed to sign a MoU to facilitate investments by India in the Nigerian oil and gas sector and specifically in areas such as refining, oil and gas marketing upstream ventures, the development of gas infrastructure and in the training of oil and gas personnel in Nigeria.

“It notes that the Minister of State for Petroleum Resources also carried out a road show in China where MoUs worth over $80 billion to be spent on investments in oil and gas infrastructure, pipelines, refineries, power, facility, refurbishments and upstream financing spanning five years were signed with Chinese companies.

“The Senate observes that outside these MoUs for $80 billion investments, the two largest oil companies in China, Sinopec and CNOOC, signed investment MoUs with the Minister of State for Petroleum Resources committing the companies to further investments in Nigeria’s upstream oil sub-sector to the tune of $20 billion.”

Also yesterday, the Senate asked the Nigerian Police to immediately confirm or deny the news of the purported mob action against a lad in Lagos State last week and similar cases in other states of the federation.

The parliament also said if the Lagos mob action was true, the Police must “immediately fish out all perpetrators of this barbarism and make sure they are brought to book” just as it urged the Police and other security agencies to live up to their responsibilities to protect younger persons.

The Senate therefore asked its Committee on Judiciary, Human Rights and Legal Matters to urgently accelerate the passage of Anti-Jungle Justice Bill that is before it and simultaneously tasked the Attorney General of the Federation (AGF), Malam Abubakar Malami; the state’s attorneys-general and the police “to show greater sense of duty in the diligent apprehension and prosecution of this kind of offenders.”

These resolutions were the offshoot of a motion by Senator Gbenga Ashafa (Lagos East) in which he expressed dismay over “the rising cases of jungle justice by mobs that have arrogated to themselves the power to condemn others to death and execute judgment without recourse to the law courts in different parts of Nigeria.”

Ashafa said the case of a young man recently lynched in Orile area of Lagos State for alleged stealing was horrifying, regretting that such barbaric acts which he said were mainly perpetrated while the crowd watched were disheartening, frightening and dehumanising to the black race.

The Senator also recalled the massive destruction of four boys in Aluu community in Port Harcourt, Rivers State in 2012 and similar cases in Ondo, Benin, Uyo as well as the recent gruesome murder of 74-year old Mrs. Bridget Agbahime by an angry mob in Kano for having “a different opinion from those of her attackers.”

He said the indifference shown towards the killing of Agbahime by Kano State attorney-general and commissioner for justice was disheartening adding that mob actions violated Section 33 of the Nigerian Constitution which he said guaranteed the right to life.

The motion was supported by Senators Ali Ndume, Mao Ohuabunwa and Shehu Sani.
The Senate also called on the federal government to urgently repair three bridges which have collapsed along Oyo-Ogbomoso-Ilorin and Igbeti-Ilorin federal highways.

Senator Abdulfatai Buhari (Oyo North) who moved the motion said the bridges are no longer passable, explaining that Oyo-Ogbomoso-Ilorin highway is the “only available road for commuters moving between Northern Nigeria and South-western Nigeria since the dual carriage way of Oyo-Ogbomoso under age long construction is yet to be completed.” 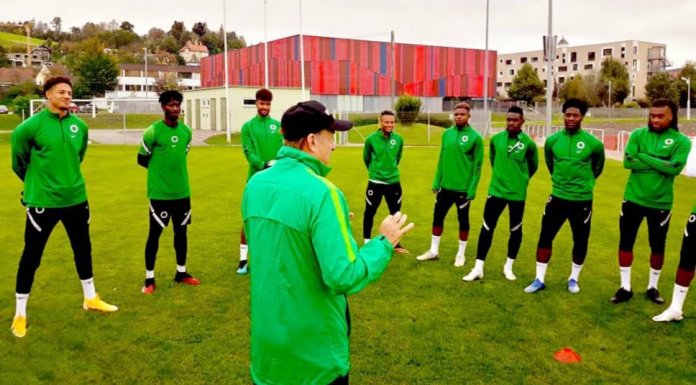