Emmanuel Addeh in Yenagoa
A father of two, Mr. Kaduna Enatimi, was yesterday caught with a stolen pot of soup and over a dozen wraps of fufu, a cassava delicacy, at Igbogene community, Yenagoa, Bayelsa State.

Enatimi, 35, who confessed to the crime, was apprehended by a local vigilance group, who were on a patrol in the area in the early hours of yesterday.

He allegedly stole the pot of soup and the fufu from a food seller, who had locked the items in her store the previous night.

Head of the Igbogene Vigilante group, Chief MoneySweet Asomo, who confirmed the arrest, disclosed that the accused was apprehended at about 2a.m. yesterday while consuming the food.

According to Asomo, the accused, who is married and an indigene of Akassa Community of Brass Local Government Area of the state, claimed that hunger and economic hardship led him to steal the pot of soup and the food stuffs to be able to feed his family.

“We were on patrol at about 2a.m. yesterday and when we got to the Timida School area, we saw a man at a local food joint eating. The food kiosk is owned by an Akwa Ibom indigene known as Mrs. Blessing.

“We questioned the culprit and he confessed to have stolen a pot of soup, some wraps of fufu and half a basin of garri. He claimed it was the economic hardship that led him to the  act.”
The  paramount ruler of the area, the Obenibe 11 of Epie Kingdom, Hope Green Adike, who intervened, however asked the youths to parade him round the community with the stolen items.
He said the punishment would serve as a warning to others before releasing him, noting that it wasn’t necessary to hand him over to the security agencies.

“The paramount ruler considered the man’s defence about hunger and hardship under the present administration of President Buhari and released him,” he said.

“The culprit was also made to eat from the stolen item in the presence of the indigenes of Igbogene and was allowed to go away with the rest of the items,” the vigilante leader added.
The shop owner was also said to have given him the permission to go away, claiming she didn’t have the funds to pursue a police case. 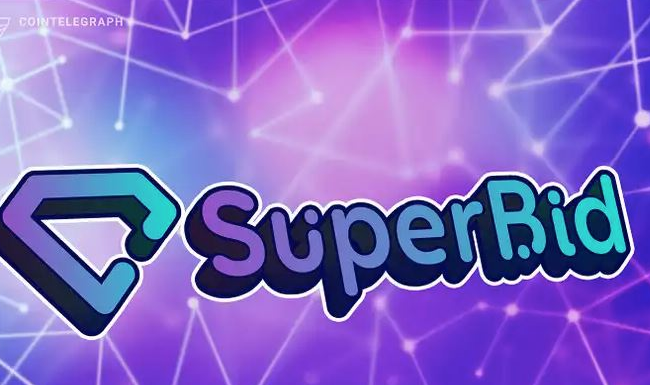 SupeBid Is Set To Merge Cryptocurrencies With Social Media