Benjamin Obiajulu Aduba
A state does not become a failed state if only one of its legs buckles or fails. A nation with strong judiciary, a strong legislature, and a strong 4th estate will withstand a failed presidency. I venture to state that with a strong judiciary and a strong press that a failing nation could still survive. It is difficult for a nation with a failing judiciary to survive. When people lose confidence in the judiciary they would seek other means to obtain justice. This is why it is important that the Nigeria judiciary should not fail.

The case of Obiechina Vs Chime in Enugu is such a case that would make people to seek alternative ways to obtain justice. For those who are not familiar with the case, a brief summary would suffice.

In 2011 Mr. Obiechina challenged Mr. Sullivan Chime’s nomination for governorship. The case went through the normal court processes and reached the Supreme Court of Nigeria. INEC was one of the defendants in the case.

The case stalled in the Supreme Court, yet INEC went forward and conducted an election without the court resolving the dispute. By doing this INEC effectively overruled the Supreme Court of Nigeria by handing the court a fait accompli. The case has now surfaced again and the court is saying that there was hanky-panky done to delay the resolution of the case.

The Supreme Court now has the following duties to perform: First, it will try to regain its position as the Supreme Court and make it clear to all that it has the final say-so in all matters of law in Nigeria; that there is no other way to resolve disputes except through its decisions.

To do this, the Supreme Court should first of all, as a matter of urgency, thoroughly examine and determine Obiechina’s suit on its merit. Where the suit has merit, declare the elections of both Sullivan Chime (2nd term) and Ifeanyi Ugwuanyi illegal and order Obiechina to be sworn in as Governor of Enugu State. Any argument that even though the case has merit, he cannot be sworn in as four years have passed and another general election held, will be viewed as a slap on the common sense and human intelligence.

This is because a gubernatorial pre- election case that started at the High Court in April 2011, before the gubernatorial general elections, could not be concluded in Nigerian Courts, which claim seriousness with their constitutional responsibility, before the next generation elections, four years later, in 2015. This is certainly below international acceptance and mocks Nigerian justice delivery apparatus.

Also, this matter came to the Supreme Court since March 2014. Yet such serious gubernatorial pre – election case involving interpretation of provisions of our Constitution and Electoral Act to guide the lower Courts and enhance our democracy, could not be completed at the Supreme Court till the general elections of 2015.

Indeed even an uninformed layman knows something went wrong. The fault lines in the whole situation are established on comparative analysis. From Nigerian press we gathered, the pre-election gubernatorial suit between Mr. Uche Ogah and Gov. Okezie Ikpeazu of Abia State came to the High Court in 2014; at same period Obiechina’s case entered the Supreme court in March 2014.

The duty of a litigant is to be present on any date his case is fixed and be prepared for the case. Once a litigant does this, all over the world, he is recorded as prosecuting his case diligently. From records, Obiechina has been doing this and the informed public know that he has been doggedly prosecuting his case, otherwise, his case would have been dismissed long ago given the known and unknown enemies of his case.

If delays arise from defendants trying to gain time like in Obiechina’s case, it is the duty of the court to overrule pointless motions aimed at achieving delay or, order for consolidation of all motions and appeals. The rule of the game is that external influences are not allowed to determine the pace of cases as this yields corruption and makes only the rich to get justice.

It is the internal mechanisms put in place by the courts that should determine the pace of cases. The Supreme Court openly identified ‘hanky- panty’ within its system as cause of delay in Obiechina’s suit. The Nigeria media have also noted the very lengthy adjournments the case has suffered. The press reported the three different occasions when the case was adjourned for six months, totaling one year and six months for a pre-election suit that ought to be handled with dispatch.

When the case came up on September 26, 2016 there was high public expectation that the case would be urgently completed, but it was again adjourned five months away to February 14, 2017. This is very difficult to explain and the case must be brought backwards for the Supreme Court not to pour hot water onto its own image before the watchful public.

Thus, any reasoning that though Obiechina’s appeal succeeded on merit, but that he cannot be sworn in as four years has lapsed, fails flat on its face as clearly, this is a court- induced delay, which logically cannot serve as reasonable argument to deny a litigant his rights. If not, it will obviously imply that the whole delay was perfected to give room for such reasoning.

Let the impression not be created that there is a big strange river flowing beneath the monolithic concrete slab of the foundation walls of the courts in Nigeria. Because, once it is created, it will be difficult to erase. The Supreme Court has a primary duty of carrying itself as a neutral judiciary institution, no matter how influential the litigants may be.

The next thing is that the Supreme Court should sanction INEC with such severe penalties that no officer of INEC now, or in the future, would contemplate ignoring matters pending before the Supreme Court. INEC, by its actions became both the defender in a case and the judge and had awarded the verdict to itself. This cannot stand.

Secondly, the court should investigate the circumstances that led to the five-year delay. It implies that there are internal control weaknesses in the court systems. These weaknesses need to be corrected. If the hand of Satan is found in the delays of the case; such a hand, must be amputated publicly, as a lesson to the world that Nigerian Judiciary is not for sale.

The Supreme Court is the last fortress between the citizen and injustice. If this fortress crumbles anarchy would prevail. The other voice of the people is the Fourth Estate and this is already compromised by big money, by big politicians and by corporations and by other “big people.” 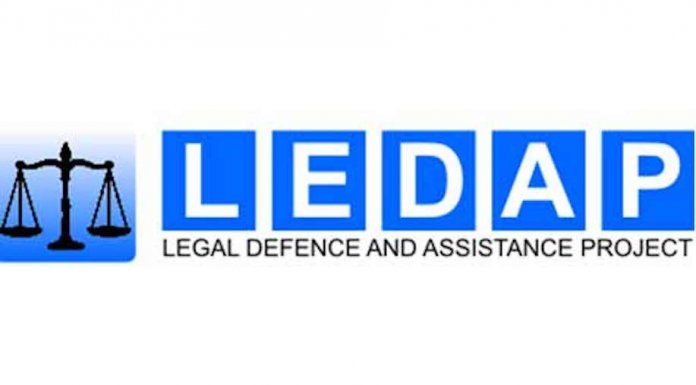