The passage of the bill extending the validity of the Unified Tertiary Matriculation Examination results to three years has sparked reactions from education stakeholders, while some think it will affect admission processes into tertiary institutions, others say it is a welcome development in line with best practices. Funmi Ogundare reports

The senate last week extended the validity of the Unified Tertiary Matriculation Examination (UTME) result conducted by the Joint Admissions and Matriculation Board (JAMB) from one year to three years.

The Senate Committee on Tertiary Institutions and TETFund, which presented its report on ‘A Bill for an Act to Amend the Joint Admissions and Matriculation Board Act and for other matters connected hereof, 2016 SB.245’ to the chamber during the plenary, said the purpose of the bill was to amend the JAMB Act to increase the validity period of the UTME from one academic year to three academic years.

The senate had passed the bill for the second reading in June before referring it to the committee.
In considering the bill, the committee had also made reference to the contributions of the lawmakers regarding the financial hardship experienced yearly by parents and guardians while sponsoring their children for the examination.
According to its report, “a new subsection ‘B’ is inserted after sub-section ‘A’ of Section 5 as follows: “5(b) The matriculation examination conducted by the board shall be the sole examination required for admission and entry into all universities, polytechnics (by whatever name called) and colleges of education (by whatever name called) to the exclusion of any other institution or body.

“(c) The appointment of examiners, moderators, invigilators, members of subject panels and committees and other persons with respect to matriculation examination and another matters incidental thereto or connected therewith.
The committee inserted a new ‘Section 6’, which spells out the validity of UTME result.

The section read partly that: “Any examination conducted by the board pursuant to the powers conferred by this Act shall be valid for a period of three academic years from the date of the examination.

“A candidate meeting the requirements for admission and being duly qualified shall remain so qualified for the period prescribed in sub- section 1 of this section.
“A candidate awaiting admission shall be given preference in the succeeding year over fresh applicants who shall only become eligible when the backlog has been cleared.”

The bill was unanimously passed by the senators.
The recent development has no doubt put smiles on the faces of parents and prospective undergraduates, as it will save them the expenses of writing the examination every year, as well as the anxiety associated with preparing for such life-changing examination. However, some experts have faulted it, saying that it will affect admission process making it problematic and that there will be many candidates gathered in the pool of awaiting admission into the university without updating their knowledge actively; while some others see it as a welcome development in line with best practices.

The Vice-Chancellor of AfeBabalola University, Ado Ekiti (ABUAD), Prof. Michael Ajisafe, faulted the passage of the bill, saying that it would make admission to be more problematic in Nigerian universities. “The senate would have taken cognizance of the fact that each university has an admission quota every year.”

He said a situation whereby a university that can’t even cope with a year’s quota is being dragged into admitting students who had qualified for the past three years will make the admission policy more cumbersome.
“So to us in this university, we believe problem will come from there.”

His counterpart at Fountain University, Osogbo, Osun State, Prof. Bashir Raji, described the senate’s action as interesting, saying that there are many questions and loose ends that need to be taken care of first.

“What happens if a student on his own decides to rewrite and gets higher score? How administratively will it be to transfer scores from JAMB for subsequent years to the same university or even for a different course?
“As an administrator, once my institution conducts post-UTME, does it really matter if the JAMB score is extended for three matters? The most important issue is the acceptance of the JAMB scores, once it is representative of each student’s ability, extending it would save parents some cost.”

Raji opined that students without five credits in the Senior School Certificate Examination (SSCE) should not be allowed to write UTME to reduce pressure and incidence of examination malpractice.

The VC argued that the senate should have proposed that students should write UTME without attaching it to any university, while they thereafter use it to seek admission into any university of their choice within three years.
A Geography teacher at Command Day Secondary School, Ojo, Mr. Monday Otuya questioned the move saying, “what is the senate trying to protect by making the UTME score of a candidate for this year to remain valid for three years? Is it the cost of JAMB form or the cost of logistics by the candidate? Is the senate thinking that a good candidate who scored very well in JAMB this year may not get it well in subsequent years?”

He opined that the senate should have looked into the reason why a candidate who scored well in UTMEwould not be offered admission into a university of his/her choice or any other university within the reach of the sponsors of such candidate.

He added that the problem associated with the senate’s decision is that there will be so many candidates awaiting admission into tertiary institution without updating their knowledge actively.

The Head North Central Zone of the National Institute of Cultural Orientation (NICO), Mr. OhiOjo, said the extension does not in anyway guarantee the consistency in the conduct of the examination as several students claimed that this year’s exam was fraught with a lot of illogical results given several candidates.

“The extension of the validity should be looked at from two angles, first is the possibility of the perception of the examination itself to be consistent every year, secondly students who may be indigent, can source for funds without having to re-sit the exam, as well as decide to change or insist on course they wish to study the following year,” he said

He said it would be a relief to many parents as theirchildren would not need to keep re-sitting UTME several times by leaving a huge drain in their pockets.“I think it is a welcome development.”
A lecturer in the department of Mass Communication, Lagos State University School of Communication, Dr. Tunde Akanni, said the bill passed by the senate is in line with global best practices. For insnatance, he said the GRE examination in the US doesn’t expire the same year.

“This new span for exam results is to me a tip of Oloyede’s ingenuity as a tested scholar and administrator. Nigeria is headed for good with people like this. Don’t forget that it is only JAMB that is in the news for good, although TETFund and other education agencies got new heads at once. TETFund in particular seems deactivated since Prof. Bogoro days.”

A teacher at the Federal Government College, Ijanikin, Mrs. Atinuke Brown, said the passage of the bill shows that the country is waking up to the realisationthat there is something wrong with its education system. She regretted that there is gross inadequacy in schools’ infrastructure therefore meaningful impartation cannot be carried out.
She added that the available spaces in all available universities cannot be compared with the millions that are qualified for admission intothe universities.

“Get the last number of students who wrote UTME in the last two years and the vacancy; it was about three million compare to the vacancy for 500,000. The government has no plans for the education of the citizens, if yes, there would have been adequate provision for the smooth transition of eligible students from cradle to tertiary institutions.”

Brown said this has made the citizens of the country to exploit other country’s higher education. She however said the three year validity extension will be a welcome idea in the interim for students who could not be absorbed into the university but have good results. 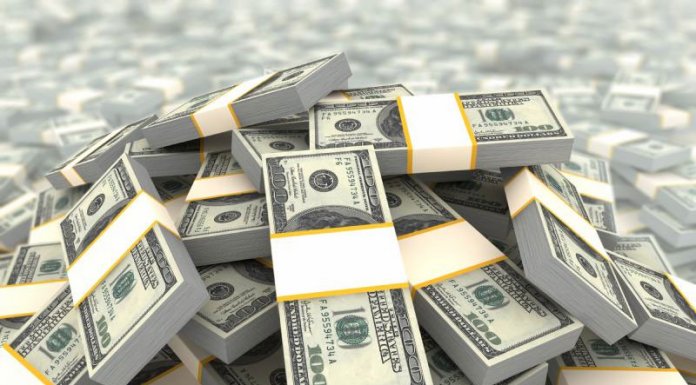