Tobi Soniyi in Abuja and Martins Ifijeh in Lagos

President Muhammadu Buhari has said that the federal government is ready to continue negotiations with Boko Haram for the release of the remaining Chibok secondary school girls as long as international organisations are involved.

The president’s media aide, ‎Mr. Femi Adesina, said the president gave the condition during a meeting with the President of the International Committee of the Red Cross (ICRC), Mr. Peter Maurer, at the State House, Abuja, yesterday.

Buhari commended the role played by the Red Cross in the release of the 21 abducted Chibok schoolgirls who were freed last Thursday after the federal government paid an undisclosed amount of money to the terror group, urging the Red Cross to sustain its humanitarian efforts in Nigeria.

‎He said his administration was prepared to continue talks with the Boko Haram insurgent group “as long as they agree to involve international agencies like ICRC”.

“We’ve seen the result of recent talks, 21 of the Chibok girls are back,” the president said, referring to the role played by ICRC in providing immediate humanitarian assistance to the girls, who had spent over 900 days in the hands of their abductors.

Buhari said Nigeria’s biggest problem was perhaps the issue of internally displaced persons (IDPs), noting that there were over 2 million of them, “made up of over 60 per cent women and children”.

“About 60 per cent of the children don’t know their parents, or where they come from. It is weighing heavily on government,” he added.

On rebuilding of destroyed infrastructure in the Boko Haram-ravaged North-east, Buhari said it was the priority of government, noting that the G7 countries had equally indicated support, which Nigeria has heartily welcomed.

“We appreciate all your efforts. I am pleased you recognised that our military is cooperating with civil authorities, and respecting humanitarian issues. It is a difficult time for Nigeria. About 27 of our 36 states couldn’t pay salaries when we came last year, and we are still struggling with that. But we will get out of it,” the president said.

Maurer said the Red Cross’ operation in the Lake Chad region was the second largest in the world, after Syria, adding that there were nutritional, health, water and sanitation issues in the North-east, in addition to the rebuilding of infrastructure.

“We are ready to engage and play a supportive role in responding to the crisis in Nigeria. Security is a lot better than it was a year ago, but humanitarian problems are serious and don’t disappear so quickly,” Maurer said.

The Red Cross president also commended Nigeria for granting increased access to detainees and exchanges with the Armed Forces.

He added: “Detention facilities have improved, there are fewer deaths and things are better health-wise.”

Meanwhile, the Minister of Health, Prof. Isaac Adewole, has said that the federal government has the capacity to provide qualitative medical care for the 21 released Chibok girls, and those to be released later.

The minister, who spoke during his visit to the freed Chibok girls in Abuja yesterday to assess their wellbeing, said the girls were in one of the best medical facilities in Abuja, and a team of doctors, nurses, psychologists, oncologist and many more professionals from the ministry, National Hospital, Abuja and Federal Medical Centre, Jabi, Abuja were attending to their needs.

“This facility is one of the best facilities you can have around, we have assembled a team of professionals with support from the National Hospital and Federal Medical Centre Jabi to look after them,” he said.

The minister said that the team would monitor the girls in the next couple of days to ensure that their health improves, including paying attention to their nutritional support and subsequent integration into the society.

Earlier in his remarks, the Senate Majority Leader, Muhammad Ali Ndume, commended the Ministry of Health for its prompt response in providing medical care for the girls once they were brought to the hospital.

He said: “I was excited with the level of response from the Federal Ministry of Health; it means that appropriate things had been done when the girls were brought here, that is why the changes were visible in them.”

While calling on Nigerians to show love and support to the 21 released Chibok girls, he expressed delight that there was a clear difference between when they were brought to the hospital last week and monday.

“It is quite clear that their physical condition has improved and their health has also improved,” he added. 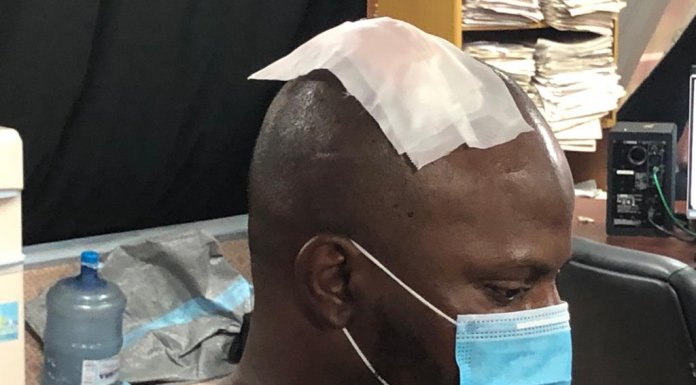 Police Brutality in International Life and the Case of #EndSARS: the Foreign Policy Implications