Twenty years ago, the urge to create Bayelsa State out of the old Rivers State, was governed by the inclination to bring development to the grass roots and make the people of Brass, Yenagoa and Sagbama ( the three local councils whose names formed the present Bayelsa) to experience the impact of governance.

But 20 years after, no one is upbeat about the fate that has befallen the state. Almost like the larger Nigerian entity, Bayelsa State appears to be a bundle of unfulfilled dreams.

Twenty years after, the state capital, Yenagoa, has hardly appeared better than the linear local government headquarters it was, with even the main entrance (from Sagbama junction) gone to seed. The state has been unlucky with the kind of leaders that have preyed on it. None seems to have come to Creek Havens with any blueprint of how to change the sorry narrative of the people. Why should a state like Bayelsa experience the impact of the national recession?

Not even the fact that they produced the immediate-past president of the country has changed anything radically.

This is one of the smallest states in the country, but blessed with deep and huge resources including oil and gas. That makes it the third or so richest state in Nigeria, with just eight local government areas. A good portion of the state is in water, so small landmass. Yet no one can boast of any standard road network in the entire state except the ones constructed by the Niger Delta Development Commission (NDDC) and Shell Petroleum Development Company. There are neither monuments nor vestiges of developments. Everywhere appears choked, rough and even dirty. 20 years after, the ordinary people of the state are yet bedraggled in acute poverty, despite its huge earnings. It is such a vexatious irony.

Today, schools in Bayelsa State have not resumed, three weeks after all schools nationwide have resumed for the new session because of non-payment of teachers’ salaries for seven months!!!!! Pensioners are owed endlessly.

No wonder the state has one of the least educated mass in southern Nigeria. Over 70 per cent of the youths in Southern Ijaw, for instance, remain uneducated, little wonder it is the unofficial headquarters of electoral violence in the region. And it doesn’t seem to bother any of the successive governments in the state.

Aside hosting the annual AMAA award, Bayelsa State remains in the backwaters of national attention, with negative news such as kidnapping, electoral violence, criminality, etc. resonating almost all the time.

The state is not positively huge on anything, not even tourism (with its natural ambience), nor health delivery, education, science and technology, or industries with its huge untapped potential. Bayelsa State appears to be a perfect example of a lost paradise.

Like Nigeria, the funds and fortunes of Bayelsa State have been grossly mismanaged and that is why they squat by the shores of the ocean, yet wash their hands with spittle. 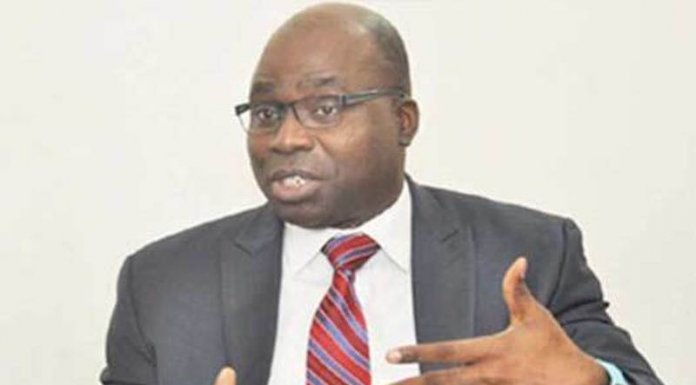