The Petroleum Technology Development Fund (PTDF) has said it will set up two laboratories worth N500million each in Nigeria for analysis of samples by researchers in the country’s oil and gas industry.

It’s acting Executive Secretary, Mallam Ahmed Aminu said that when the laboratories are fully operational, they would save the country’s petroleum industry billions of naira it expends in analysing its samples abroad.

Also, the Fund has approved for the search of shale gas in the Anambra Basin, saying that it could be in existence in the southern part of the country.

Shale gas is at the heart of the current low price of oil in the international market as supplies from North America led to oil glut and subsequent crash in price from $115 per barrel in 2014.

Aminu told members of the National Board of Trustees of its Endowment Fund for Professorial Chairs in Universities at a recent meeting in Abuja that the analytical laboratories will also save Nigeria the time spent on oil sample analysis abroad.

He explained: “First of all the essence of establishing the labs are to reduce significantly or stop the sending of our samples abroad for analysis. Now we hope to spend for the two labs about a billion naira, half a billion naira for each of the labs. They will be first class labs to be utilised for research in the oil and gas industry.”

According to him, the labs will save Nigeria billions of naira spent on foreign labs when samples were taken out of Nigeria for analysis. He added: “Foreign exchange is scarce. Though it is difficult to exactly say how much will be saved, it runs into billions of naira. But by having laboratories in-country all these is reduced.”

He further stated that the labs will be available for others to use, and that PTDF will be spending N150million annually to fund its six professorial chairs in six Nigerian universities, as part of measures to encourage researches into petroleum industry problems.

He noted that the major requirement for the endowment fund is the execution of trust deeds between PTDF and the universities.

“Following government’s directive on Treasury Single Account, the total sum of N1, 002,287,861.91 was transferred to the PTDF account with the Central Bank of Nigeria.

“The chairs were to be funded from proceeds of the invested seed monies. The Endowment Management Committee (EMC) was constituted to supervise the activities of the Chair occupants in order to achieve set goals of the specific research areas.

“The professorial chairs in the universities were established to conduct research on method and equipment for exploiting Nigeria’s enormous oil and gas resources,” Aminu added.

On the search for shale gas, Prof. Mosto Onuoha of the University of Nigeria, Nsukka (UNN) told reporters that UNN has received the approval of PTDF to carry out researches on its availability in the Anambra Basin.

He said: “We are working on shale gas occurrences particularly in the southern part of Nigeria. We think there is plenty of that and we are characterising, trying to look at best areas that have the best potentials if we are going to extract.

“Our job as geo-scientists is find, assess whether we can actually explore that because of the environmental issues is another matter. But lets us find out first because you never know what you might need tomorrow.” 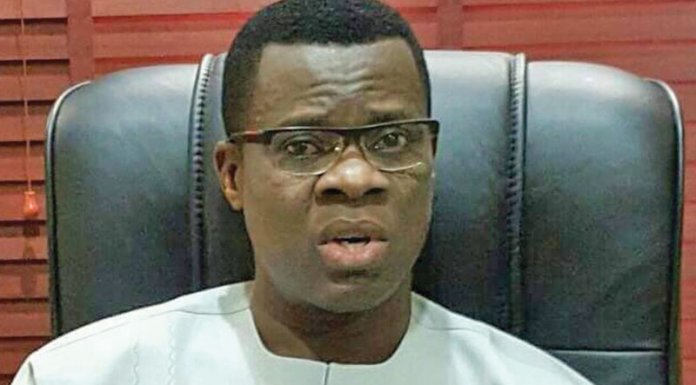 Why Nigeria Is Not Making Rapid Progress