In the entire Northeast, Bama was the town worst affected by the Boko Haram insurgency, as over 75 per cent of its infrastructure was laid to waste. But the Borno State Government, irrespective of its lean purse, has started the massive reconstruction of the town, reports Michael Olugbode

Bama was a commercial town where the sounds in every nooks and crannies of it, was that of the call for someone to buy a product or that of haggling for price. But the sanity of the town was destroyed by the sounds of bullet and improvised explosive devices of the insurgents, which allowed for the sounds of crying and wailing on the streets to reach a disturbing tempo. Many of the wailers even with the wailing sounds have to allow for the sounds of the feet as they either marched off the town or rather flee to safer haven.

This left yet another sounds, the sounds of the reign of forced Shariah where people are caned in the open for the least of offense, if they were lucky or slaughtered as the case may be. The reign though short but would go in the annals of the town as the worst, for it was not all about the sounds of cries but the offensive odours of decomposing bodies of both human and animals. Many carcasses of human lay on the streets and people were killed in thousands and thrown into the River Yedzaram and well across the town.

When the nation was tired of the sounds and odours of Bama, it sent its soldier to liberate the town, and yet was another sound in the offing, the sounds of tanks and bullets, but before this could move into Bama, the insurgents got wind of it and created yet another sound, that of looting and burning, the remaining worthy properties in the town were looted and the rest of the infrastructure set ablaze. The insurgents never waited for this sound to rescind before they sounded yet another sound, they fled from the town, rolling out their spoils and fleeing with great dispatch. Few hours later when the sound of destruction of the town was yet still loud, the soldiers rolled in their tanks with a loud bang but only to meet an unoccupied town in flame.

They blew their trumpet and hung the flag of Nigerian authority and they changed the sound once again, the sound of morning drills and return to normal authority. This sound has been on for so long and it is now the time for a new sound.

The new sound in Bama is that of a symphony led by a conductor, Shettima who had brought different musical instruments, sound of builders, security, mowers to produce a great orchestral that will deafen whatever sound was previously heard in Bama.

Shettima in order to produce this orchestral, masterly wrote out the manuscript and got everyone seated to play the keys and he knew he could not conduct the symphony from far away Maiduguri but the epicentre, Bama. Even with all the persuasion that the conduction could be done from the luxury of his office in Maiduguri by those that fear that the insurgents were not far away and could still want their sound to be re-echoed, Shettima came down to Bama with little luxury to make sure the orchestral was a masterpiece.

His one week stay in Bama, is making a nice sound everywhere in the town as everywhere you turn you see people working out at sometimes, the bricklayers, the mason, painters and the carpenters are all making up sounds with their tools and the songs have started coming out fine in the shape of a new Bama emerging from the destruction of the old; the environmental sanitary officers are also in tune, taken away rodents and pest, and clearing the weeds; the security agents and volunteer vigilantes and local hunters have all sync in, taking watch on the town.

Though the orchestral is loud and well coordinated enough, but the Boko Haram want the old tune to be played; they launched attacks few kilometres away in Logumani and Dara/Jamal, where an Army officer and three soldiers were confirmed killed. But the music conductor, Shettima described as not loud enough to distract him from dishing out his orchestral. He said he will not allow any attack of the insurgents to undermine the ongoing reconstruction work in the state and described the insurgents as “merchants and vendors of fear” who have been overpowered by the might of the Nigerian military.

He said: “The Boko Haram insurgents are merchants of fear. They are also vendors of fear. They want to instill fear into us,” but: “I think we should be stubborn enough to follow our convictions against the wanton destruction of lives and property not only in this state, but the entire affected sub-region of the country. We have the courage to realise our dreams of an enduring peace in the state and the Northeast.”

Shettima said that no matter what the insurgents throw at us, the state government and its entire citizens have to rebuild Borno brick by brick, as the rebuilding and rehabilitation processes of Bama have commenced last Wednesday and it would never be stopped.

He added that: “Any life that does not involve taking risk, is not a life worth living,” asking: “At the end of the day what story are you going to tell your grandchildren.”

The governor had decided to conduct the symphony and the people of Bama are definitely ready to dance to the new sound blowing the airwaves. The support of the indigenes of the town is shown by the elders led by Hon. Al-Amin Kamsalem who revealed that 5,000 men were donated to secure the town against any form of aggression. He also revealed that fund were been pulled together to support the state government financing of the ongoing reconstruction of the town.

Kamsalem, who was a former commissioner in the state and erstwhile chairman of Bama Local Government, leading other prominent indigenes to the press conference said: “All the professionals indigenes of Bama especially in the building and construction industry are going to render free service towards the rebuilding of Bama. He said: “We are going to definitely contribute financially, morally and spiritually towards the rebuilding of Bama and the continued peace of the town. We are completely behind the governor.” He equally revealed that: “The Bama elders and the people of the community have equally mobilised our people to secure the town, we have Civilian JTF, local hunters and vigilantes already willing to protect the town against aggressors. All these people are ready to complement the security agencies.”

Kamsalem, who commended the governor’s commitment to the rebuilding of the state and resettlement of the victims of Boko Haram, said the governor has shown with his relocation to Bama to superintend the ongoing reconstruction work, his exemplary leadership qualities. He added that: “Our people are already on ground, assisting in the ongoing reconstruction of the town and we are all yearning to come back to our homes. Immediately the homes are ready, everyone would move in.”

The Borno State Environmental Protection Agency (BOSEPA) has also cued into the new emerging sound from Bama with the deployment of 1,000 men to clean the town and clear weeds, rodents and pesticides. The Sole Administrator of the Agency, Alhaji Nasir Surundi, said the agency had undertaken post conflict fumigation and clearing in Dikwa, Magumeri, Konduga, some parts of Maiduguri Metropolitan Council in the past and was fully aware of the work before it which it will finish in just two weeks.

Security operatives are equally in the Shettima’s symphony and ready to play the tune that will silence the sound of the Boko Haram forever, they presently have 300 paramilitary/security men deployed to the town to maintain law and order. Among those deployed to the town include 200 policemen (mostly mobile) with the additional 100 made up of personnel of Nigerian Security Civil Defense Corps (NSCDC) and Nigeria Immigration Services (NIS).

Though over N30 billion is needed to complete the ongoing reconstruction works in Bama alone, according to the state Commissioner for Reconstruction, Rehabilitation and Resettlement, Dr. Babagana Zulum, which is beyond the capacity of the state. He said help is being received from Victims Support Fund (VSF).

He said: “We have about 10 public schools including primary and secondary schools that were completely destroyed in Bama, but I am happy to inform you that the federal government under the Victims Support Fund (VSF) headed by General Theophilus Danjuma has promised to intervene and rebuild all these schools for the comfort of our children’s education.

“The VSF team was here in Bama sometime ago, they came and assessed the affected schools, and very soon, these schools will be put to good shape”.

He said it was no mean task “fixing into good shape of 10,000 residential houses hitherto destroyed, more than N3 billion is to be earmarked for the reconstruction of hostels, classroom blocks, lecture theatres and staff quarters at the Umar Ibn-Ibrahim College of Education, Science and Technology (UICEST), which was the only higher institution, before it was taken over and destroyed by the insurgents,” reemphasising that: “Rebuilding of Bama is beyond the state government due to paucity of funds, I want to assure the Internally Displaced Persons (IDPs) in this town, that with commitment and support the Ministry for Reconstruction, Rehabilitation and Resettlement is receiving from Governor Kashim Shettima and our security forces, we will complete some substantial parts of the destroyed structures for our people to return back home.”

Zulum however called on well-meaning individuals and corporate organisations to come to the aid of Borno State Government in the ongoing reconstruction work.

Even as the contribution of others are being expected in the reconstructed work in Bama, the governor has set a dateline of January 1, 2017 for the return of those displaced from Bama back to their homes. It may seem to be a difficult task but it is often said where there is a will, there is a way and Shettima is definitely a man of gigantic will. 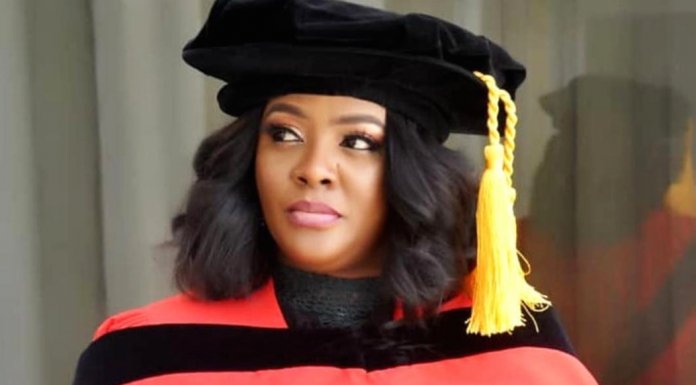 If I Could Earn a PhD, Anyone Can Realise Dreams

As J.P Clark Rows Away Eternally