Just like it happened four years ago, Team Nigeria’s special athletes to the 2016 Paralympic Games in Rio de Janeiro, Brazil have done it again! They have again removed shame from us as a country. Coming on the heel of a dismal performance at the 2016 Olympic Games where all we have to show is the bronze medal won by the John Mikel Obi inspired Dream Team VI, our paralympians achieved an all-time best performance of eight gold, two silver and two bronze medals. Nigeria finished overall 17th out of the 83 countries that made it to the medals table.

Ezuruike won Nigeria’s first gold in Rio. Ejike broke the Paralympic and world record three successive times, to win the women’s -61kg event. Her successful attempt at 136.kg set a new Paralympic and world records. Ejike went on to set a bigger mark of 138kg, before lifting a massive 142kg to pick the gold. Kehinde in the -65kg men’s category lifted 218kg to beat his rivals to the gold medal. Omolayo broke her world record to set a new one with 138kg lift to also win gold medal.

Orji’s gold in the women’s -+86kg power-lifting event was full of drama. She entered the contest with 151kg lift, a weight that was far beyond the capacity of any other competitor in her category. The only other lifter who came close to her effrontery, Egypt’s Nadya Ali failed in all her three attempts to lift 145kg. Orji lifted 154kg to set a new world record.

Ugwunwa won the women’s javelin throw – F53/54 event and the gold. With a throw of 20.25m, Ugwunwa set a new world record to beat Tunisia’s Hania Aidi and South Africa’s Ntombizanele Situ to second and third places respectively. Onye on the other hand, competing in the women’s shot put f40 event on the Day-four of the Rio Paralympics, first heaved 7.83m that saw her shatter her world record of 7.72m set at the IPC World Athletics Championships in Doha, Qatar in 2015. Onye’s fourth attempt of 8.40m sent secured the fifth gold medal for Team Nigeria. Nwosu on the other hand defeated the defending champion to win women’s -73kg Power-lifting event gold medal.

Nwosu was set for the bronze medal before the Nigerian lady stepped up in her very last attempt, lifting 140kg to equal the Paralympics Record and usurp France’s Souhad Ghazouani for the gold.

The feat of the paralympians was achieved through the ‘I Can Do it’ Nigerian spirit. It was not because they were granted the right conditioning by those saddled with running Nigerian sports.

But for a country of over 170 million people, gold medal winner at previous Games (Atlanta ’96 and Sydney 2000), the outing in Brazil was bad news for the Olympians. Certainly not for the paralympians who are our heroes and heroines at the moment.

So much hope was placed on Blessing Okagbare-Ighoteguonor to deliver in track and field’s sprint and long jump. Same goes for Daniel Igali and his wrestlers. Medal of any colour was going to be a bonus from Nigeria’s lone qualifier in boxing, Efe Ajagba. Of course, Aruna Quadri and Segun Toriola who led the table tennis team where clearly ranked outsiders before the Games began due to their world rankings. Aruna’s unfortunate quarter final pairing with world Number 1, Ma Long of China, was certainly no good news for the 2014 ITTF Star Player.

Yet, Nigerians were hoping for miracles to happen. Why not? After all, Chioma Ajunwa was not favourite for any medal in Atlanta ’96 long jump but ended up with the ultimate gold medal. But by the time those who had prepared for four years began to compete against Team Nigeria athletes, no one needed to be told that our chances of making the podium and be counted amongst gold medalists was going to be a mirage.

And so, Okagbare failed to make the final of both 100m and 200m. The long jump that would have been her best chance for a medal, she skipped it for the longer sprint because both events clashed. Not even Tosin Oke and Doreen Amata who are in top brackets of the men’s triple jump and women’s high jump could make the final of their respective events. Unlike at the London Games where Nigeria made finals of no less than six events of the track and field, Rio2016 was a mission impossible. Save youngster Divine Oduduru who showed brilliance in the 200m, reaching the semi final in his first Olympic appearance, there certainly was nothing to cheer from athletics.

Is anyone surprised that Nigeria failed in Brazil? To discerning followers of the country’s sports, there couldn’t have been better news for Team Nigeria beyond the bronze. Four years after former President Goodluck Jonathan conveyed a Presidential Summit on Sports in Abuja to review why Nigeria failed at London 2012, nothing came out of that jaw jaw, that had the best of the country’s sports technocrats present papers on the way forward.

Instead of putting into action all that were articulated at that summit to ensure that Rio2016 became a turning-point, the sport sector was ignored. Other countries who valued the Games gave their preparations the desired fillip needed to excel. Great Britain for instance that was behind Nigeria on the medals table at Atlanta ’96 consolidated on the programme it initiated ahead of hosting the 2012 edition. Is anyone surprised that Team Great Britain upstaged China to emerge the second best team at Rio2016 winning 27 gold 23 silver and 17 bronze medals? Their athletes have also carried the new form into the paralympic, finishing second behind China with 64 gold, 30 silver and 44 bronze medals.

Of course, sports loving Nigerians who were made to go through the stress of staying up all night to watch Team Nigeria perform at Rio2016 are up in arms against those saddled with the running of the country’s sports. Dalung who appears to lack the direction to lead Nigeria’s sports sector is blaming everyone but himself for the poor outing.

Are we expecting to see any change at the next Games in Tokyo Japan in 2020? It is very doubtful. Nothing is going to change with the way we are carrying on the business of sports in the country. Until we begin to treat sports like business and not mere leisure, Team Nigeria will always attend the Olympic, merely to add up the number. No serious country will treat her country’s preparation for the Games the way we did ahead of Rio2016. There was no preparation of any sort both locally and abroad. The story of the Under-23 football team who went to Atlanta, USA as part of their preparation for the Games in Brazil is now all too familiar.

That the Dream Team won the bronze in the football event was not because Nigeria adequately prepared for it. Rather, it was the sheer determination of the boys (and Coach Samson Siasia) to succeed. How the boys were left stranded without funds by the Federal Ministry of Youth and Sports is well known to all. Of course, the Olympic is no FIFA event and so cash-strapped Nigeria Football Federation (NFF) cannot be blamed for the hell the Dream Team VI went through to achieve the bronze medal finish. It took the intervention of Mikel twice to bail out the team from cash embarrassment. Even after being stranded in Atlanta with the prospect of missing its first group game against Japan looming, it took the intervention of America airliner, Delta Air, to come to its rescue. The Chelsea star again came on to rescue the team ahead of its second game.

As if to tell Nigerians that we should learn to appreciate what we have, it took a Japanese plastic surgeon Katsuya Takasu to show appreciation to the Dream Team, handing out a hefty $390,000 reward to the boys. To date, no other person, (corporate or individual) has come out to reward the boys for the lone bronze brought home by the team. That goes to show the mere lip service we all have been paying to sports development. Yet, we all want to see Team Nigeria win gold medals with no motivation.

In four years time, it will not surprise followers of Nigerian sport if we return from Japan empty handed in the Olympic and only have to take consolation in the paralympians salvaging the situation again as they have done again in Brazil. We hardly ever learn from history. 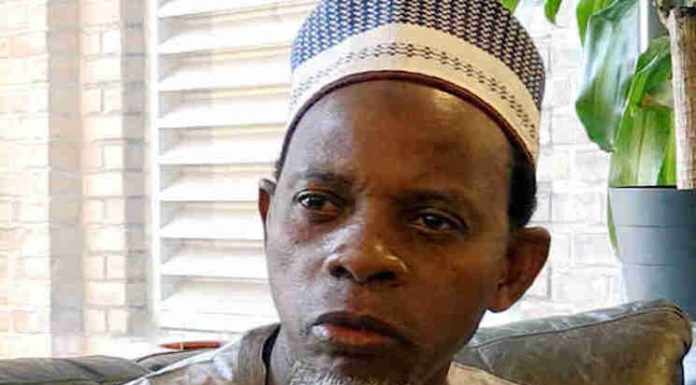